Blog - Latest News
You are here: Home1 / Blog2 / The Joy of Harvest

Standing at the window, I breathed in the cool air that felt so refreshing after the rain.

Suddenly, my attention was drawn to a group of preschoolers who were gathering outside the orphanage. Grabbing my camera, I quickly joined them, as curious as the children to hear what they were going to do. One of the children’s teachers Liu Yang told me with a smile, “This land is not in use, so we decided to make it the children’s garden. We will plant vegetable seeds now and, when autumn comes, they will learn the joy of harvest.” What a good idea! 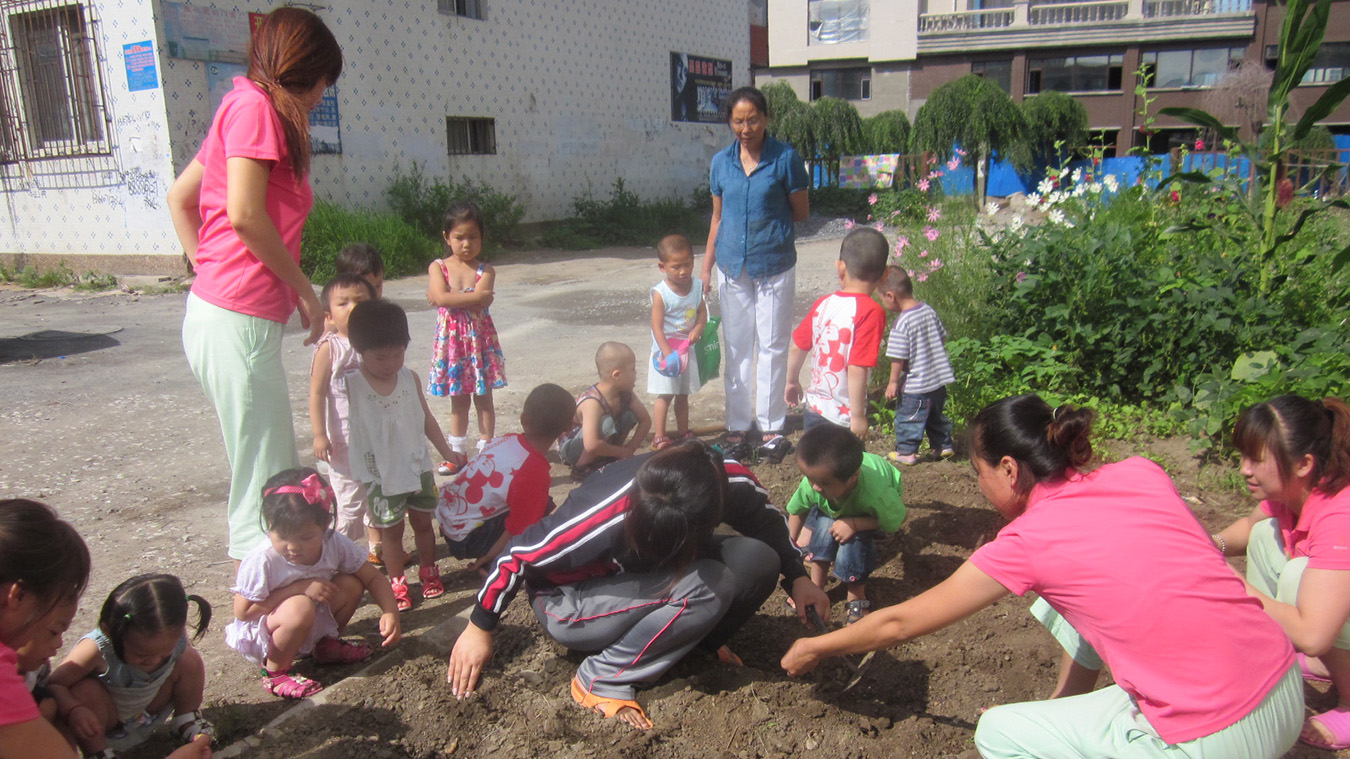 First, the children were asked to help the teachers clear the ground of weeds and rocks. Then each child was given a spade to soften the ground so that it would be easier to plant the seeds. Six-year-old ShiYan watched carefully so he could learn how to use a spade correctly. Then he followed the teacher’s instructions, first breaking the blocks of soil and then carefully flattening the soil. 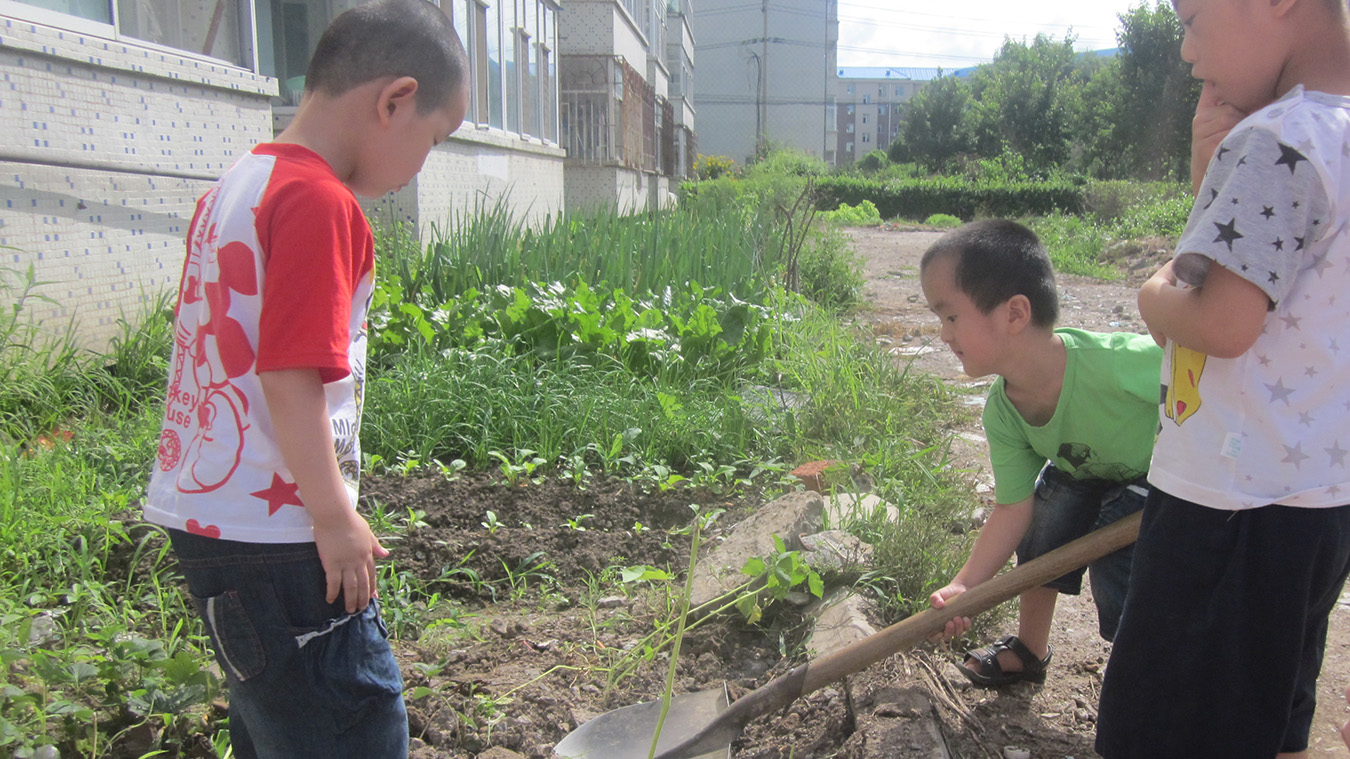 When the ground was soft enough, the teachers gave each child some cabbage and carrots seeds to plant. None of the children had ever seen vegetable seeds. They all looked surprised and curiously examined the little grey seeds in their hands. When the teacher showed them how to plant, they were careful not to break the fragile seeds. ShiYan’s little friend, three-year-old AiXiang, asked him to help her finish the task. Though most of the children pitched in without worrying about dirt, four-year-old DeXi took great care not to get her clothes dirty. 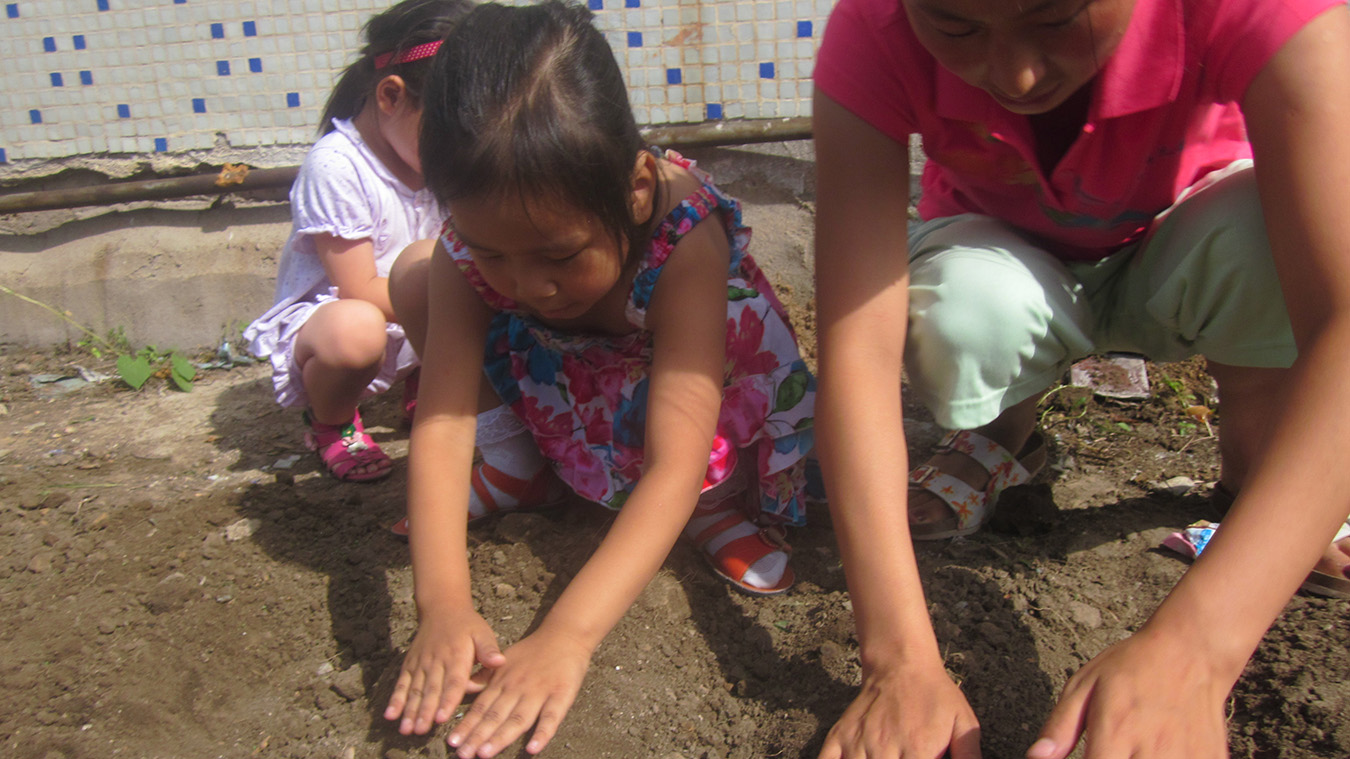 Because it had rained the day before, there was no need to water after the children finished planting their seeds. When it was time to go back into their Half the Sky preschool classroom, I asked the children if they had enjoyed gardening. They answered quickly and loudly, “Yes!”

I know that ShiYan, AiXiang and DeXi are all thriving with their permanent foster families in our Family Village and I was also happy to see that they were able to experience a special adventure with their preschool friends. I think they will remember what they learned today for a long time.

The Best Present I Ever Received

I Have a Dream
Scroll to top