Blog - Latest News
You are here: Home1 / Blog2 / The Magic of a Chiming Triangle

When 3-year-old ZhenTai became part of our family for the first time, I was worried about him.

He was frustrated and nervous all the time and would punch his head with his fists. I started having him wear gloves so he wouldn’t injure himself, but ZhenTai, who is blind, hated them because they prevented him from touching objects around him that he can’t see. 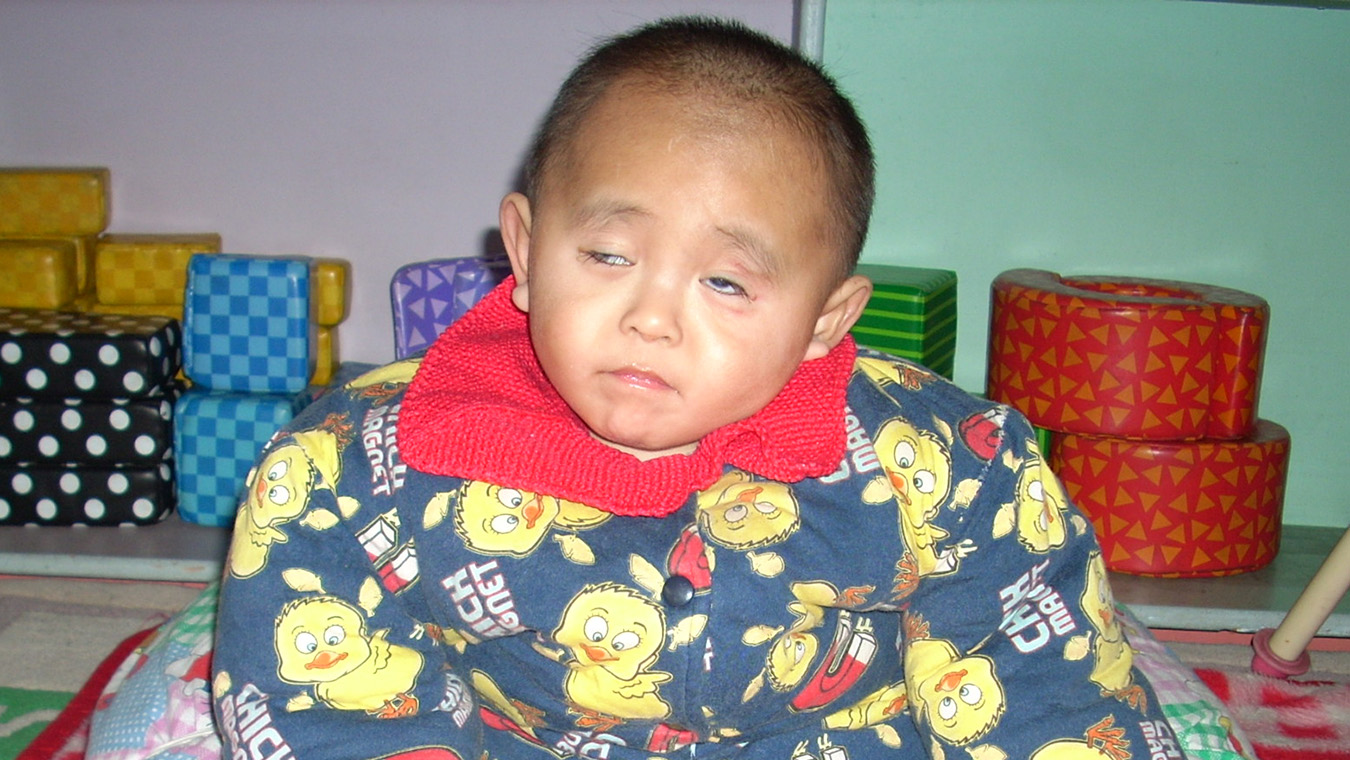 That lack of touch made him afraid of everything. When I would take off the gloves and try to hand him a toy, he would recoil as if from an electric shock, scream, and throw the toy as far away as he could.

I tried many things in the hope that Tai could become happier and calmer. One day, when I was showing him and his brothers and sisters different toys that make sounds, I noticed that ZhenTaiwas attracted by the sound of a chiming steel triangle. I was excited to see his interest so I asked him: “Tai, do you like it? Do you want to have a try?” Then I slowly handed the triangle over to him. At first ZhenTai was very nervous and threw the triangle away from him. I comforted him, “Don’t be afraid, Tai. Mom is right here with you!” Then I picked up the triangle and handed it over to ZhenTai again. 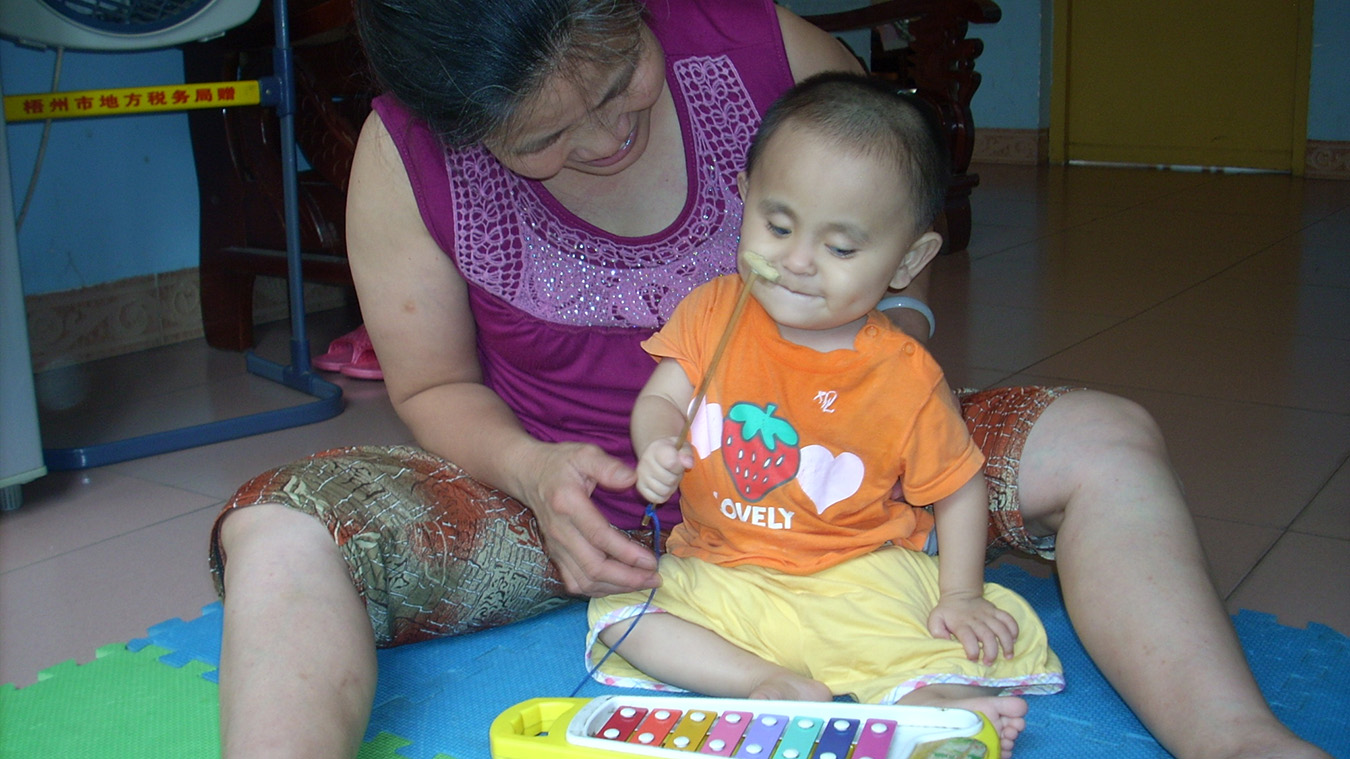 I held ZhenTai’s hand and carefully used my own hand to tap on the triangle. Once, twice…the lovely sound from the tapping seemed to be magic because it made ZhenTai relax, listen carefully, and smile sweetly. I moved my hand away and let Tai tap on the triangle by himself. He was so excited that his face lit up, shining like a red apple. From then on, ZhenTai started falling in love with all kinds of toys with sounds and he now has the courage to reach out and touch them.

A Language all His Own
Scroll to top