When Junjie was just a month old,

his father left the village to work in a big-city factory. A month later, Junjie’s mother left, too, heading out to join her husband and take a job in the same factory. Ever since, Junjie has lived with his paternal grandparents. Grandpa is also away most of the time, working here and there as a laborer.

Junjie, like so many left-behind village children, sees his parents only once a year at most, when they return to the village for spring festival. His father often calls home, but Junjie, who is now 4 ½ years old, doesn’t feel much connection. He answers his father’s questions, but doesn’t volunteer anything. He’s eager to get off the phone. 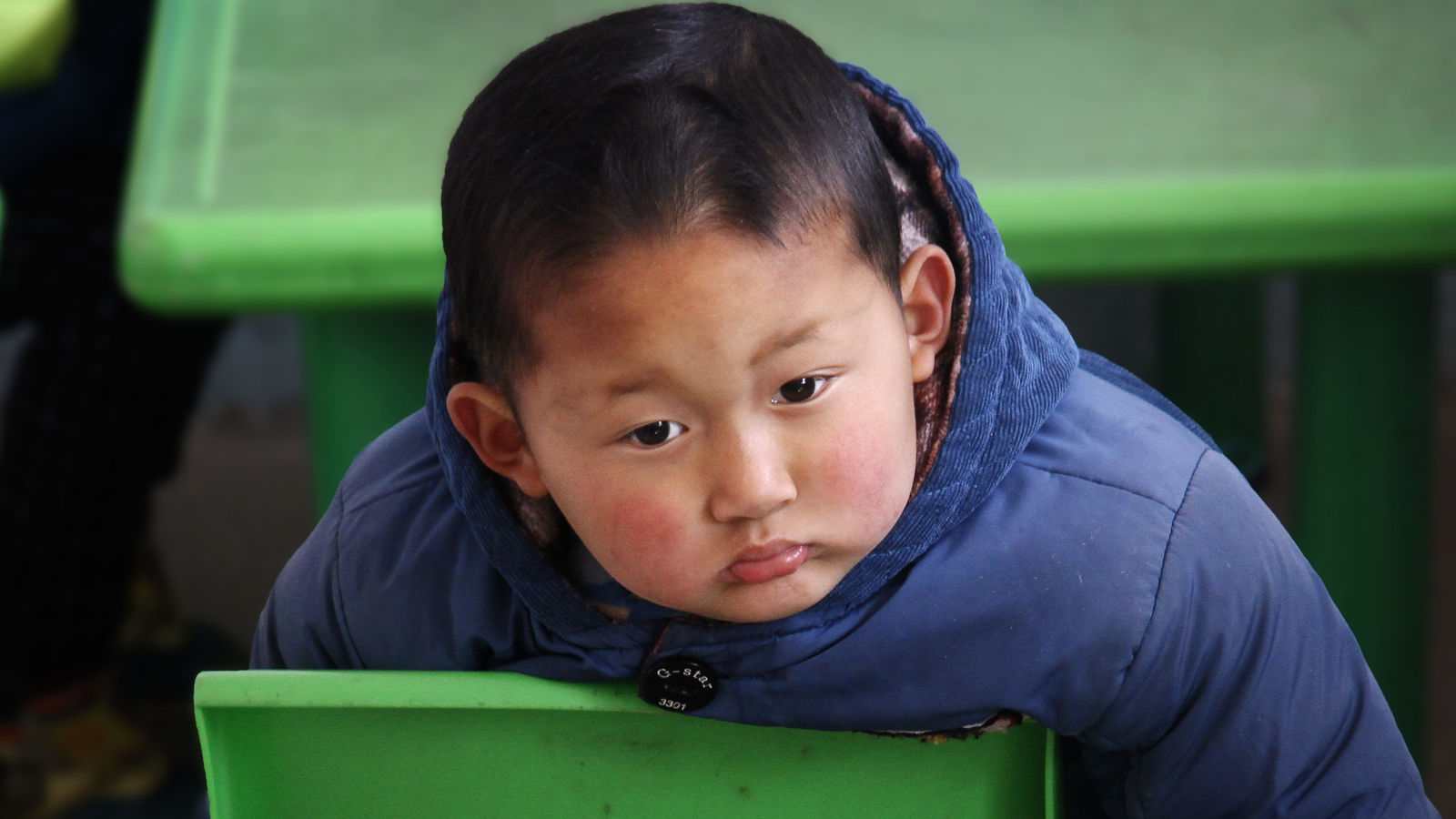 Junjie is afraid of strangers—especially if someone wants to take his picture. And Junjie has a reason: he is growing up, but so far only four front teeth have appeared; he is missing all the others. Grandma has taken him to doctors and is told that his development is all fine—except for those missing teeth. 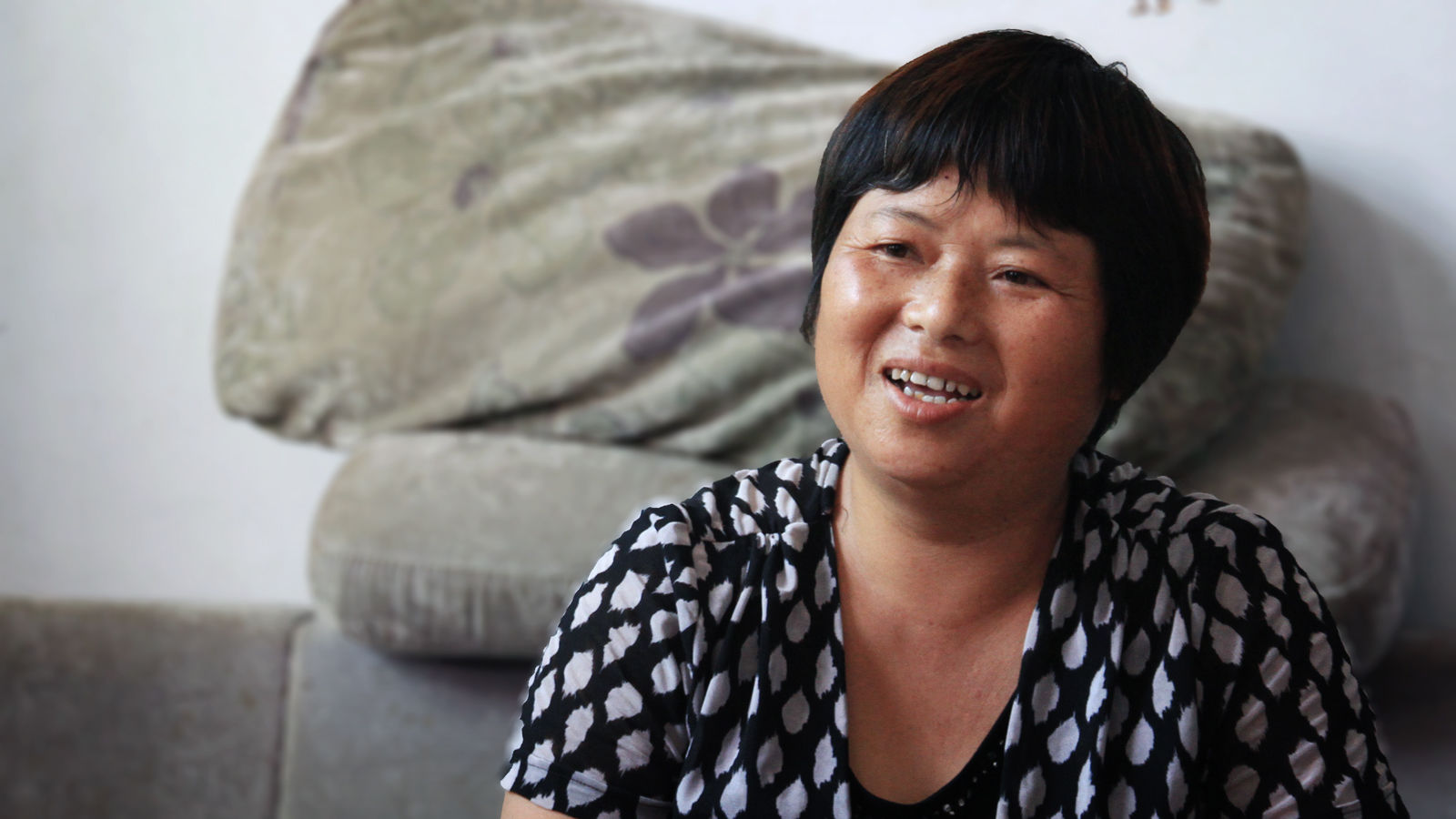 There’s a possibility that the cause is genetic, since Junjie’s maternal grandfather had the same problem. But Grandma feels it would be impolite to ask her daughter-in-law for more information about that. For now there seems nothing to do but wait and see, and—once Junjie has grown old enough, at least 7—maybe consider some artificial teeth or implants. But that would surely be too expensive. Grandma just hopes the teeth will naturally appear, so her grandson can have a more normal life.

If Junjie has some extra challenges in his life, he also has an extra blessing. His grandma adores him. She’s a lively character, friendly and energetic. She says she worries about Junjie all the time. She wishes she knew how to search the internet so she could get some more information about his condition and some ideas about how to help him. 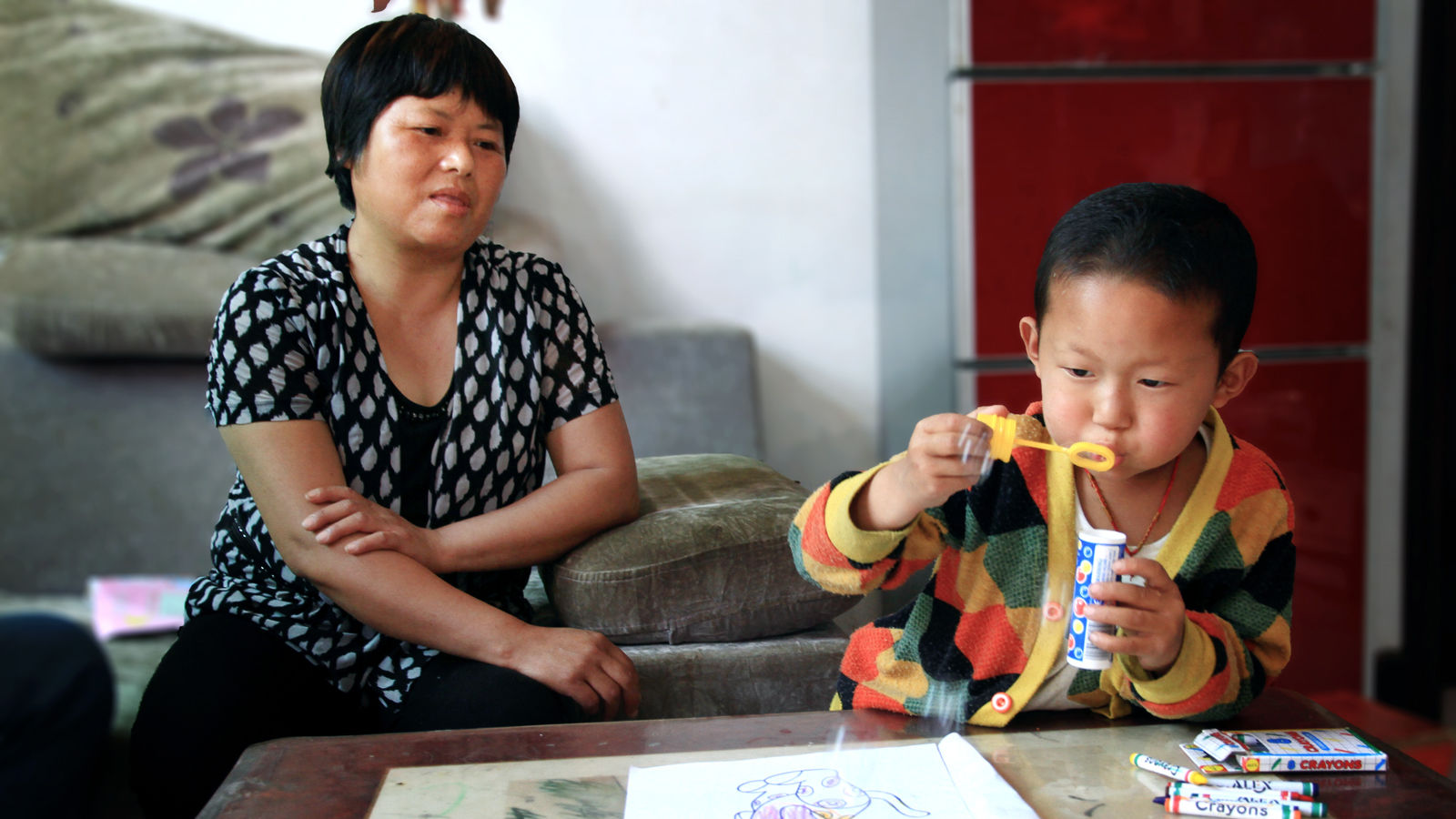 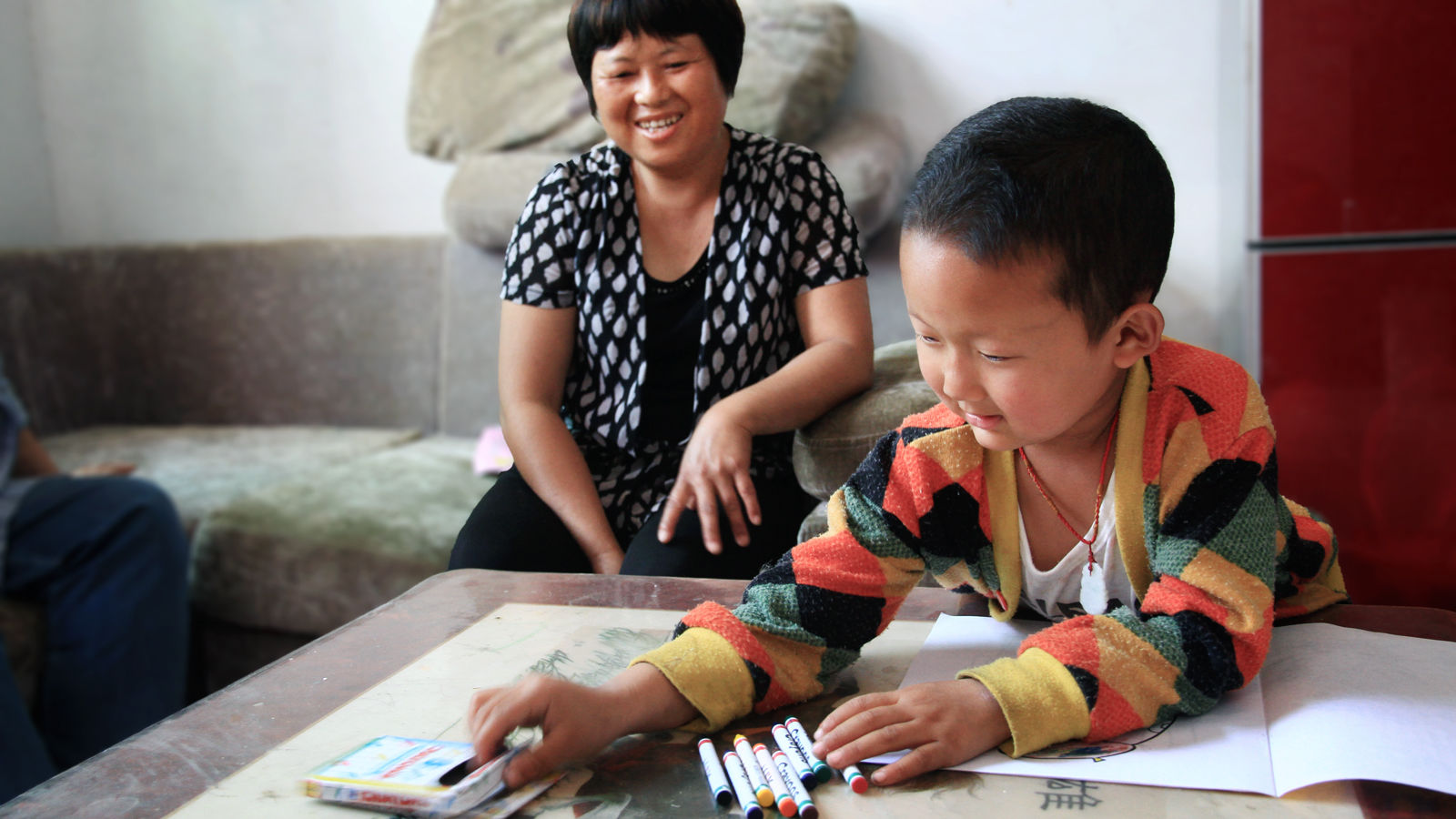 Meanwhile, she pays close attention. Junjie is a picky eater, and lacking teeth, it’s hard for him to chew solid food. He does like steamed bread and eggs, so his grandmother cooks his favorites, and chops fruit up into small pieces for him to eat. When he was younger he didn’t eat enough to stay healthy, she says, but he is eating more now. Still, she worries about him.

And Grandma tries her best to make up for his parents’ absence. “Your parents really love you,” she tells him all the time. She’s not sure he takes this in, though. “They miss you and they are working hard to give you a better life and future.” 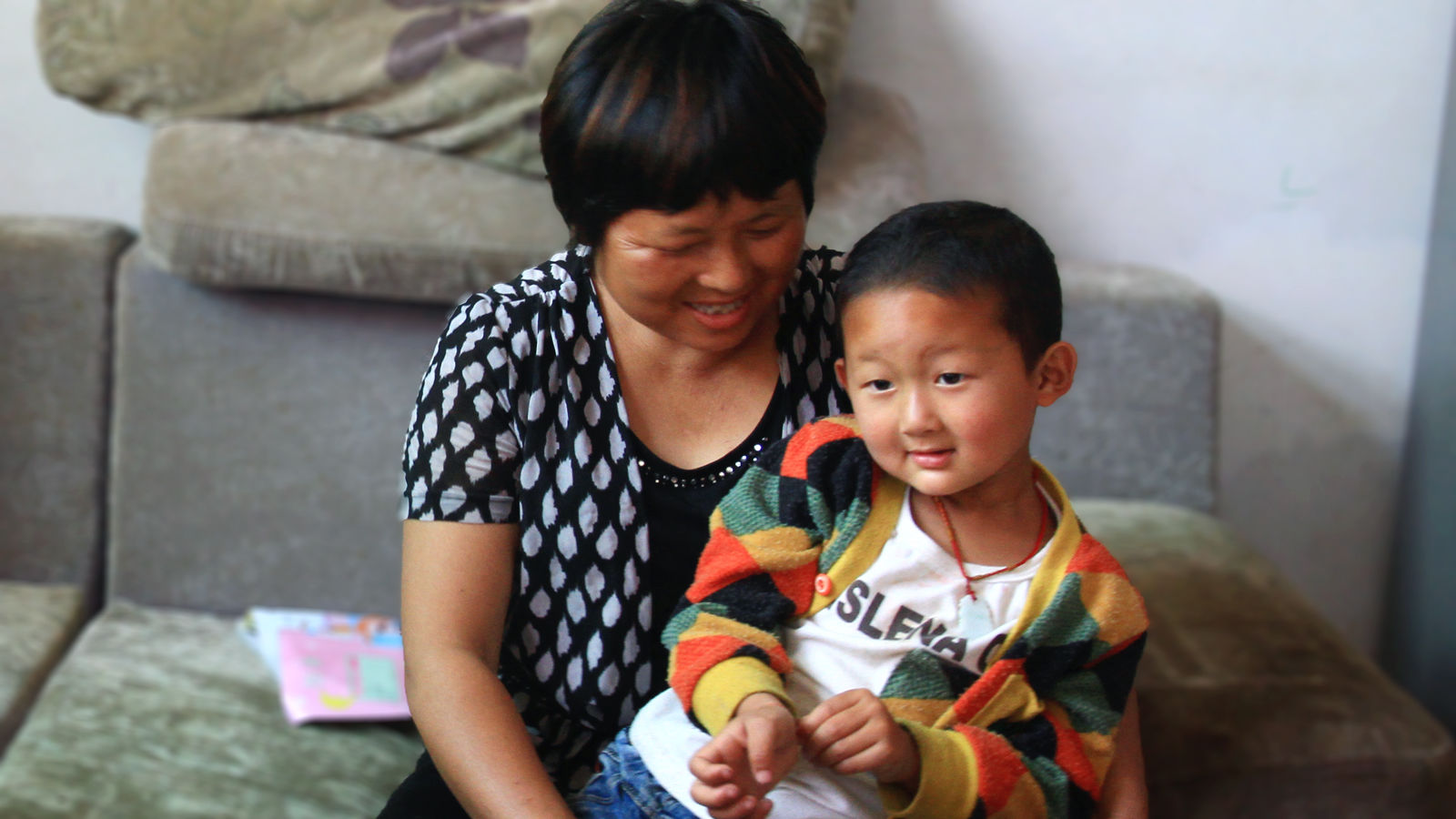 The family home is small and simple, and Grandma tends some fields nearby. The family keeps two ducks that Junjie loves to feed. He also likes to collect buttons, bottle caps, and other little treasures that he finds. He is pretty good about keeping himself busy. Sometimes he watches cartoons on an old cellphone his aunt left behind. He likes memorizing bits of dialogue and repeating the stories to his grandma. “He has a very good memory!” she says. When she praises him, Junjie smiles—but not the kind of wide smile most people flash. Junjie always keeps his lips together.

When he started school this past fall, his grandmother had high hopes for Junjie. But it was a hard transition. He stayed on the outside of the group, looked at no one. His classmates were curious about his teeth, but they didn’t tease him. Still, he hung back. Sometimes he cried. And he didn’t like participating in classroom activities, especially when it came to writing. One afternoon he just left school and ran home. 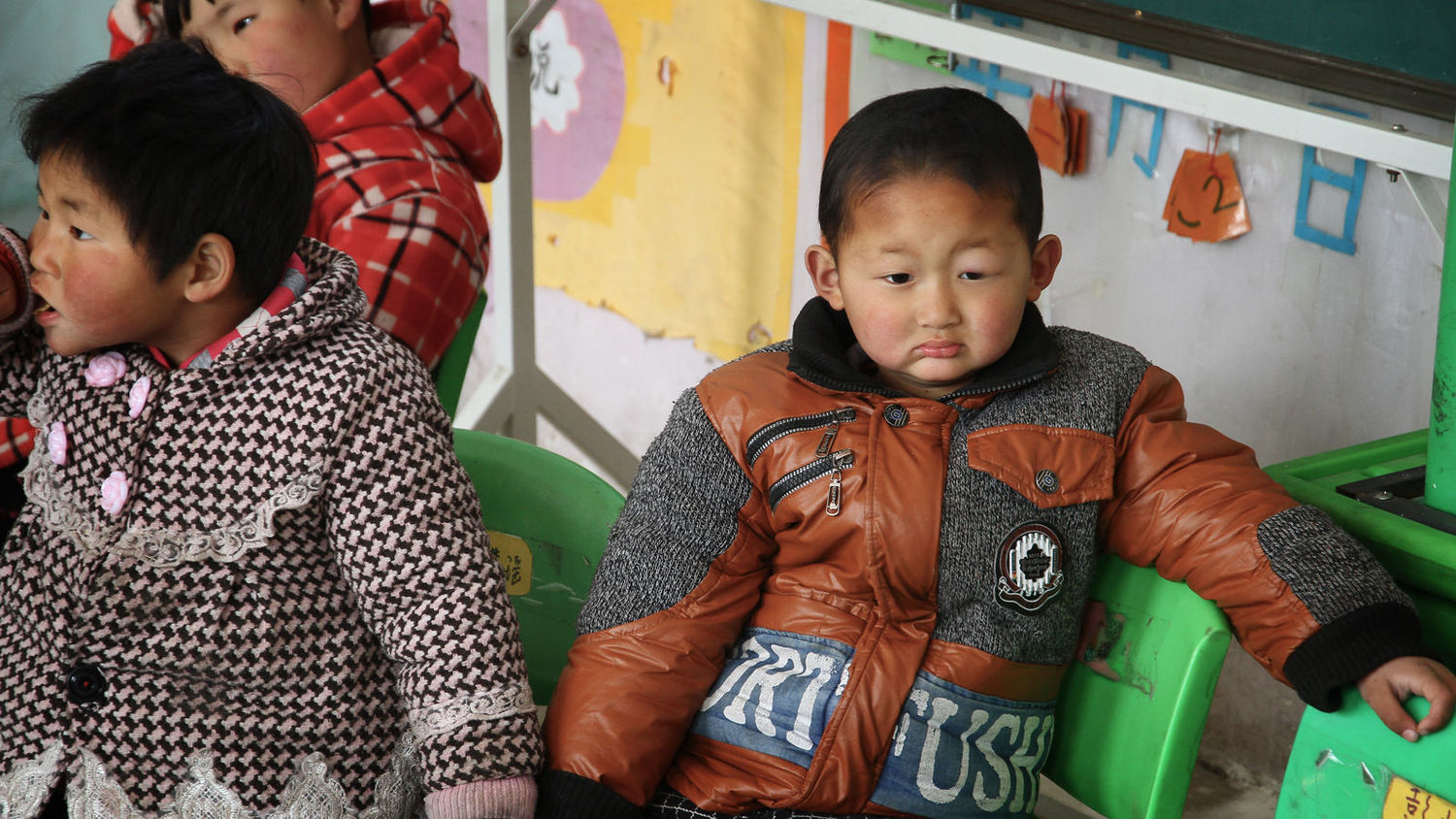 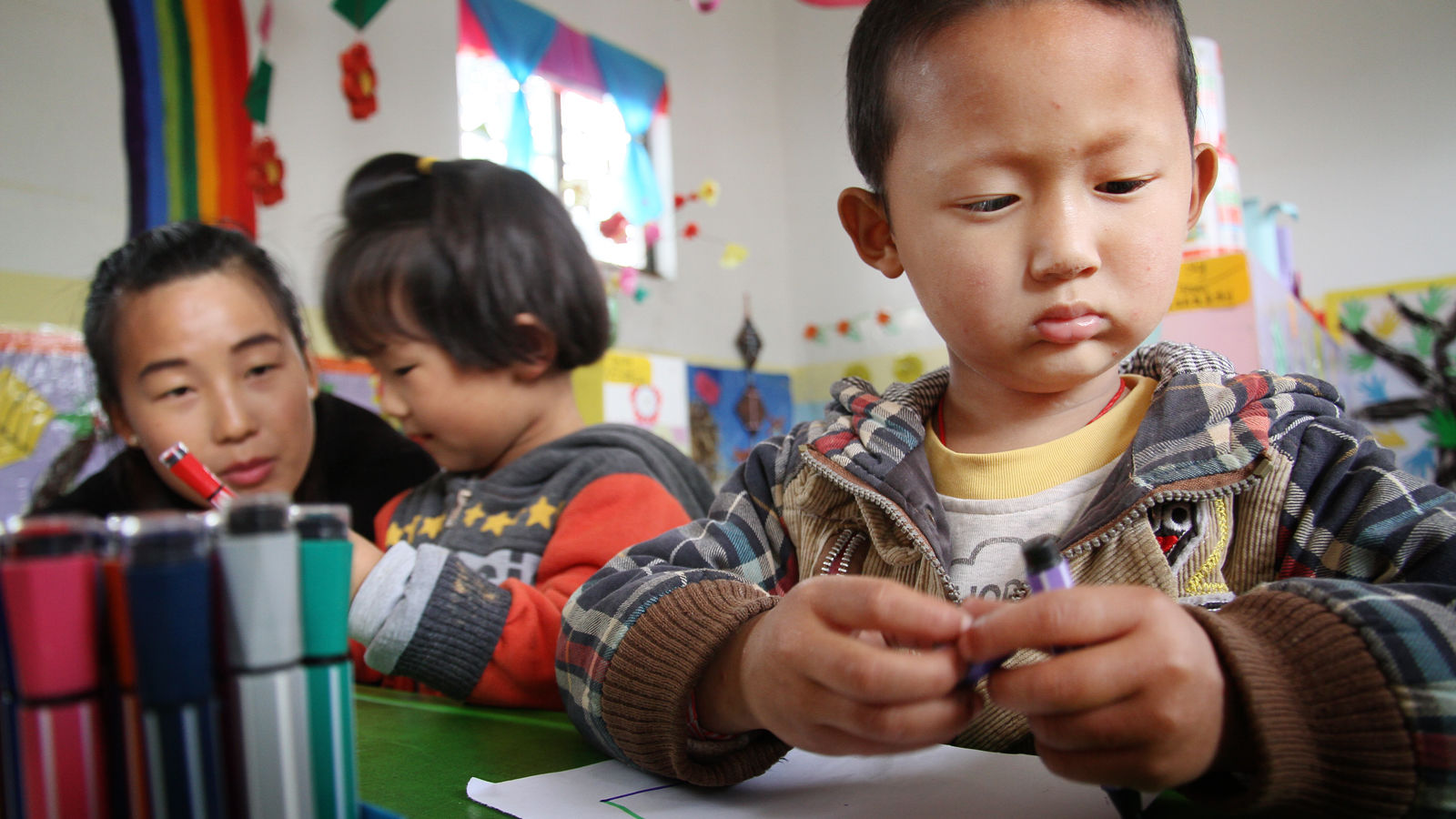 Now grandma worried all the more. She insisted he go to school, and she stepped in and began working with him at home, though she had to balance that with her work in the fields. She taught him to write his first characters. Every day, she takes Junjie to school, watches him walk in the door, and then goes back to work, hoping for the best.

Junjie’s teacher paid close attention and started seeing slow, steady progress. He began to join other boys playing hide-and-seek in the school yard. In the classroom, he stacked wooden blocks, very carefully, into high, teetering towers. His teacher noticed he could soon identify all the colors of the blocks, and read the numbers printed on them. 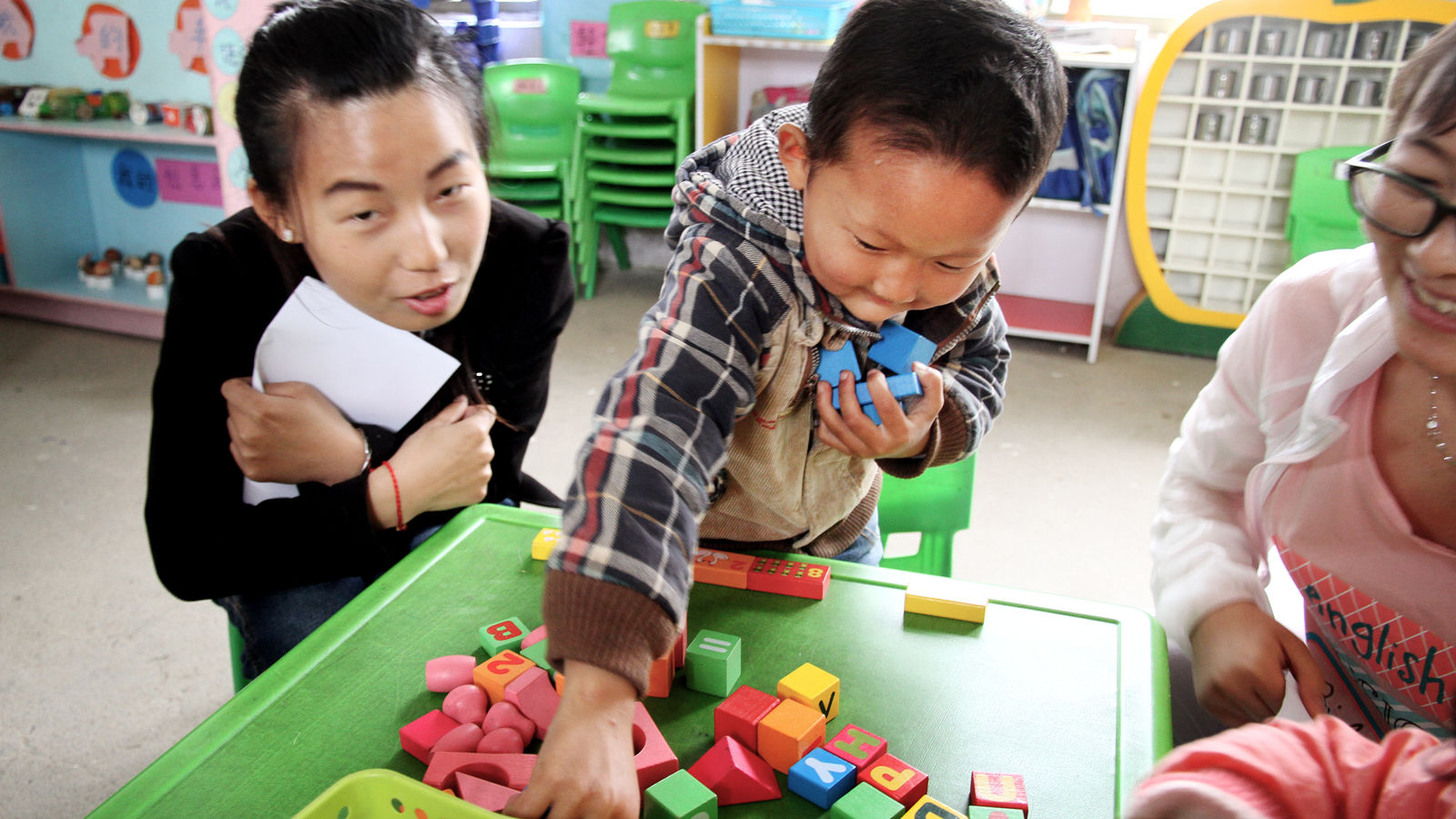 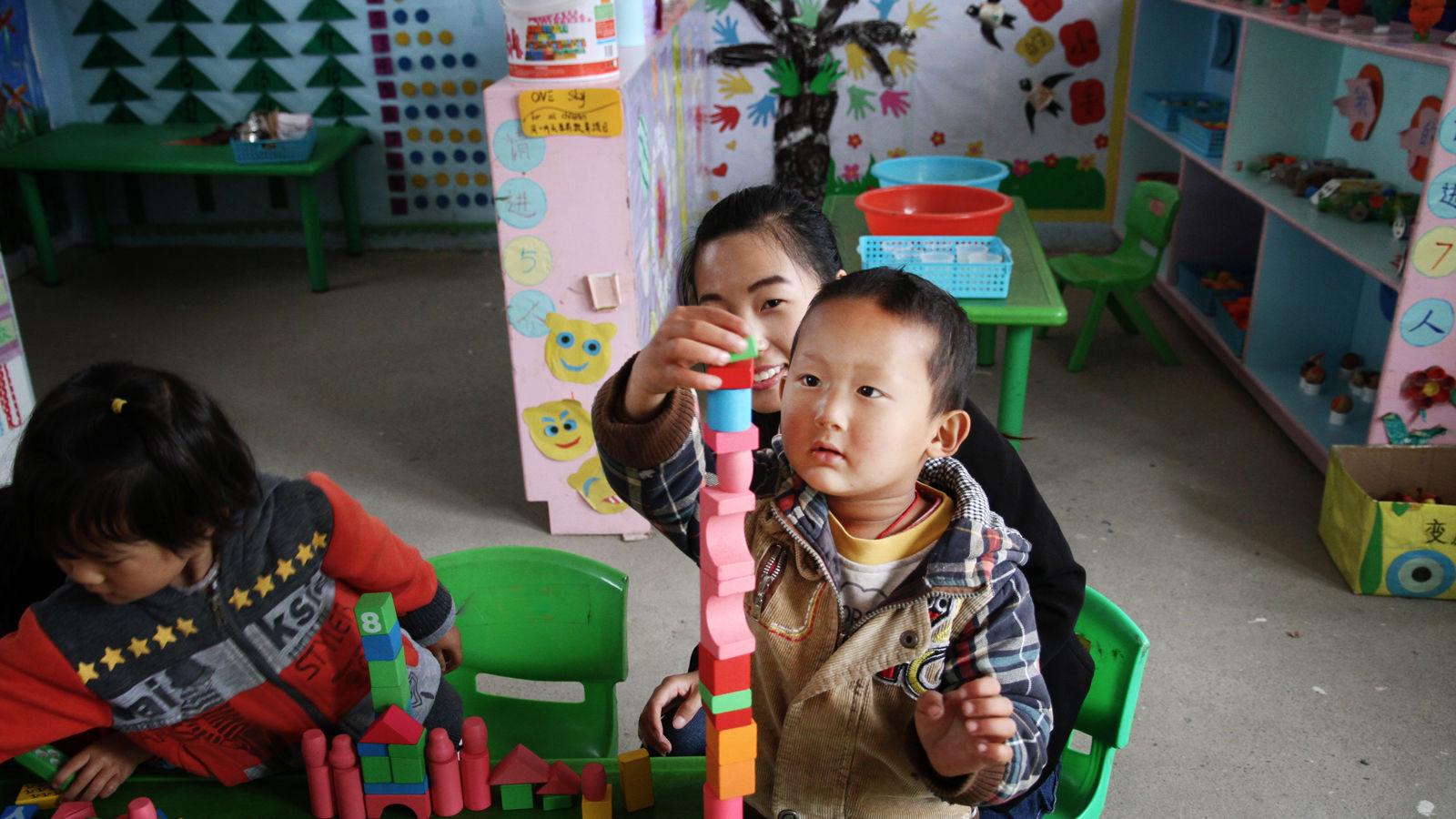 Junjie also has a favorite block, one with a little picture of a duck stamped on it. He showed the block to his teacher one day, and told her about the ducks he and his grandmother had at home. He said he liked to help his grandmother cut grass so he could gather tasty little bits to feed the ducks. Then he made some playful quacking noises.

“It’s really wonderful to see you being talkative and happy, Junjie,” his teacher said. He looked up at her, a shy smile on his face. The teacher smiled back: How happy Junjie’s grandmother was going to be to hear about his progress! 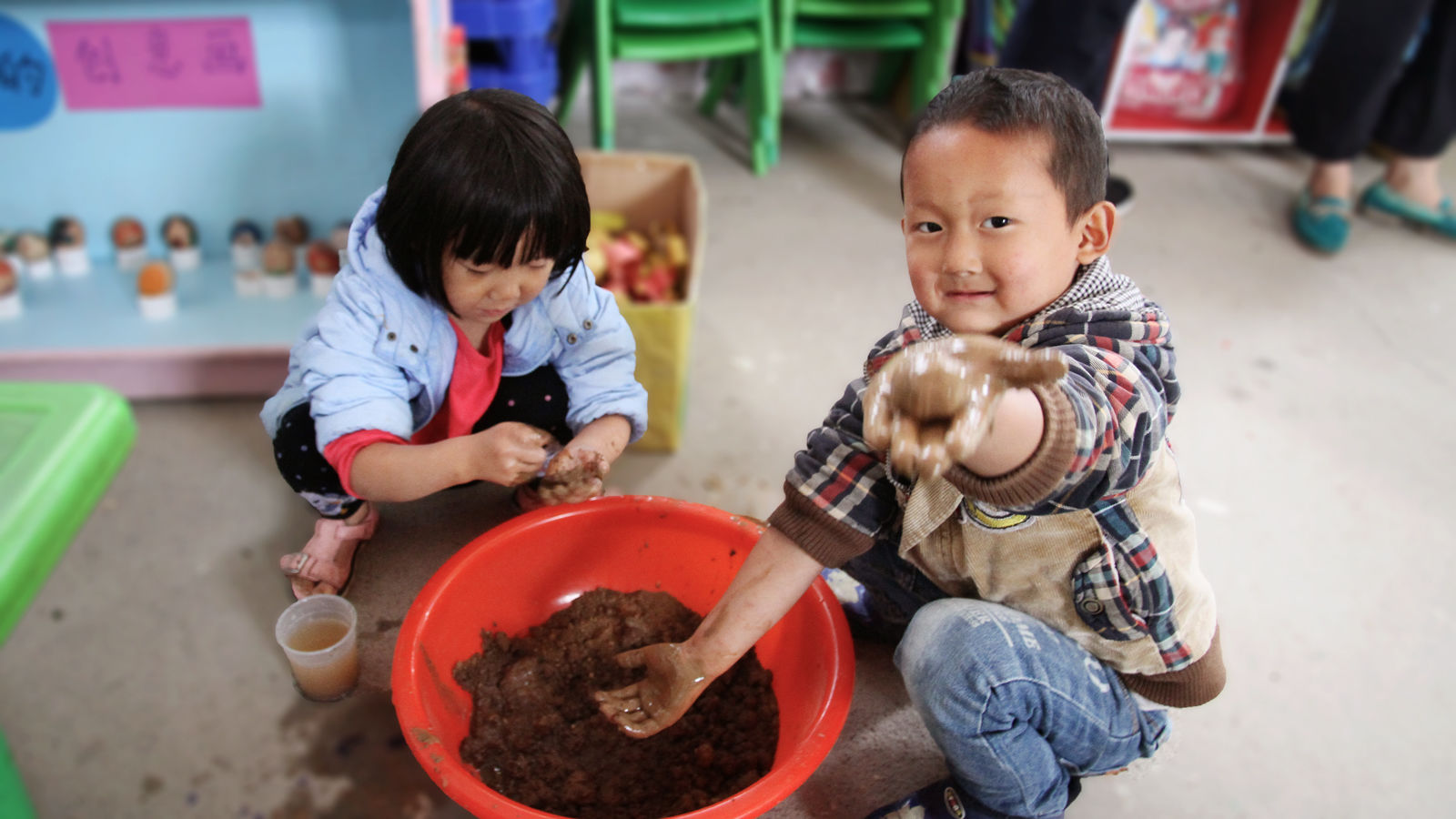 The Empathic Child
Scroll to top