When Anjing traveled to Beijing three months after her second birthday for medical treatment,

her doting OneSky nanny, Guo Yushao, wrote: “September, 30, 2015, Anjing went to Beijing for surgery. I hope she will be walking when she comes back. Love my sunshine girl!” Happily, Anjing’s nanny in Beijing, Liu Xiali, loves her too and was waiting to greet her at the Chunhui China Care Home (CCCH) where she would receive pre and post operative care after surgery to correct the severe birth defect that prevented Anjing from walking. 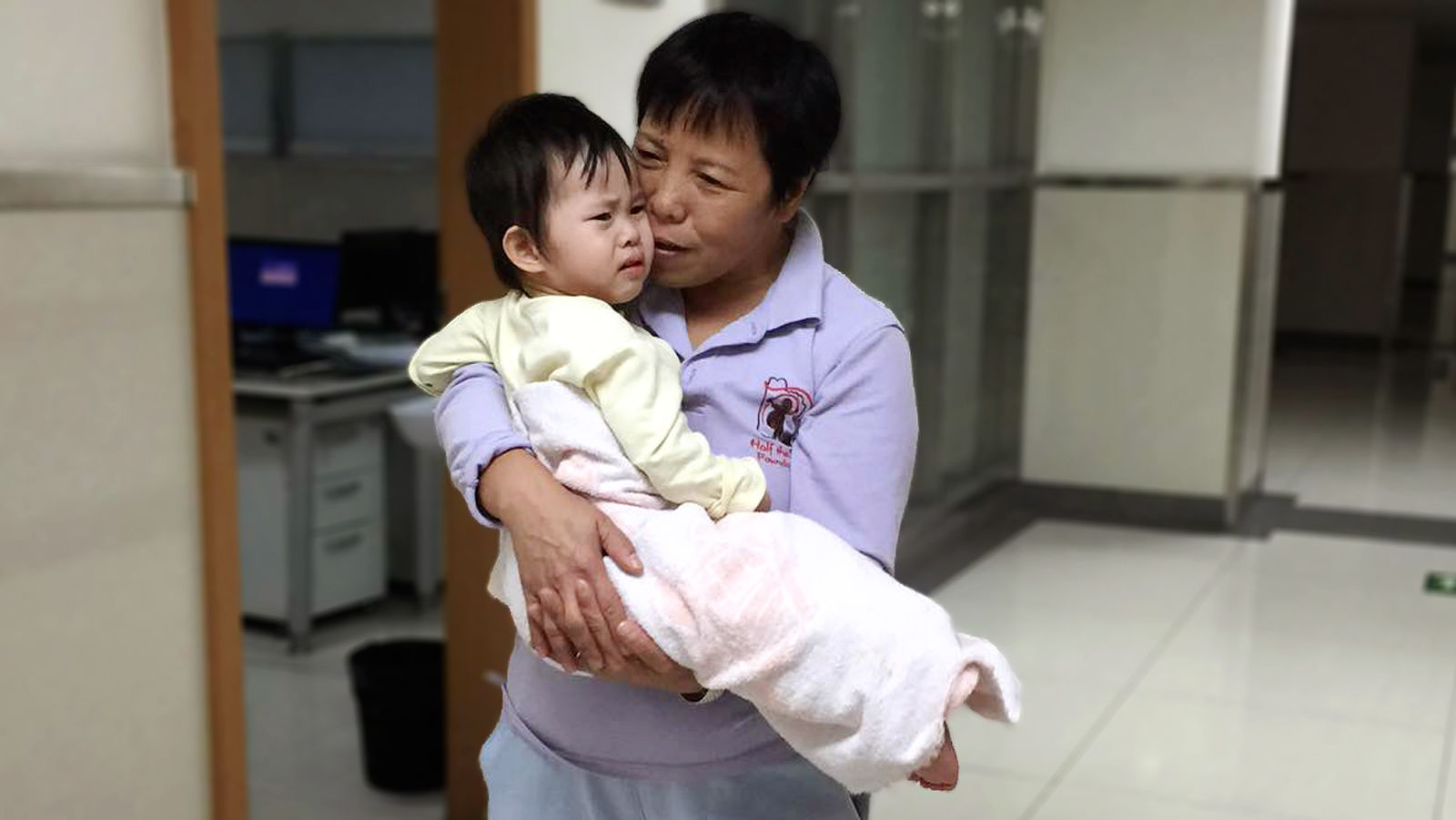 Liu escorted Anjing to the hospital for a checkup, the first of many visits where she was fitted with cast after cast so her feet would be best positioned for surgery. Eight weeks later, with Liu by her side, Anjing finally had surgery. Over several hours, the doctor inserted steel rods into Anjing’s feet to straighten them. When it was over, Liu sat by Anjing’s bedside, trying to give her strength to bear the pain. 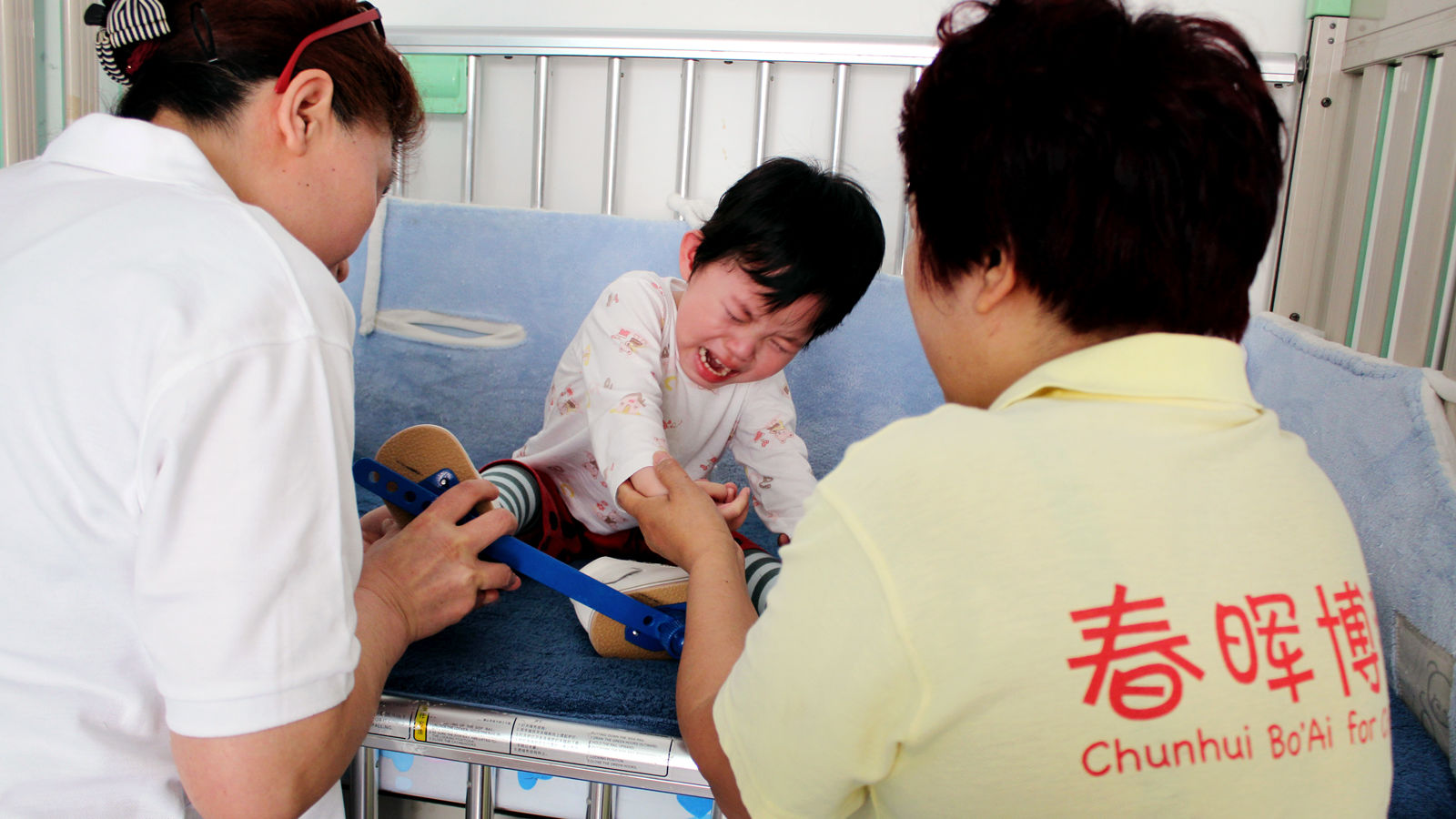 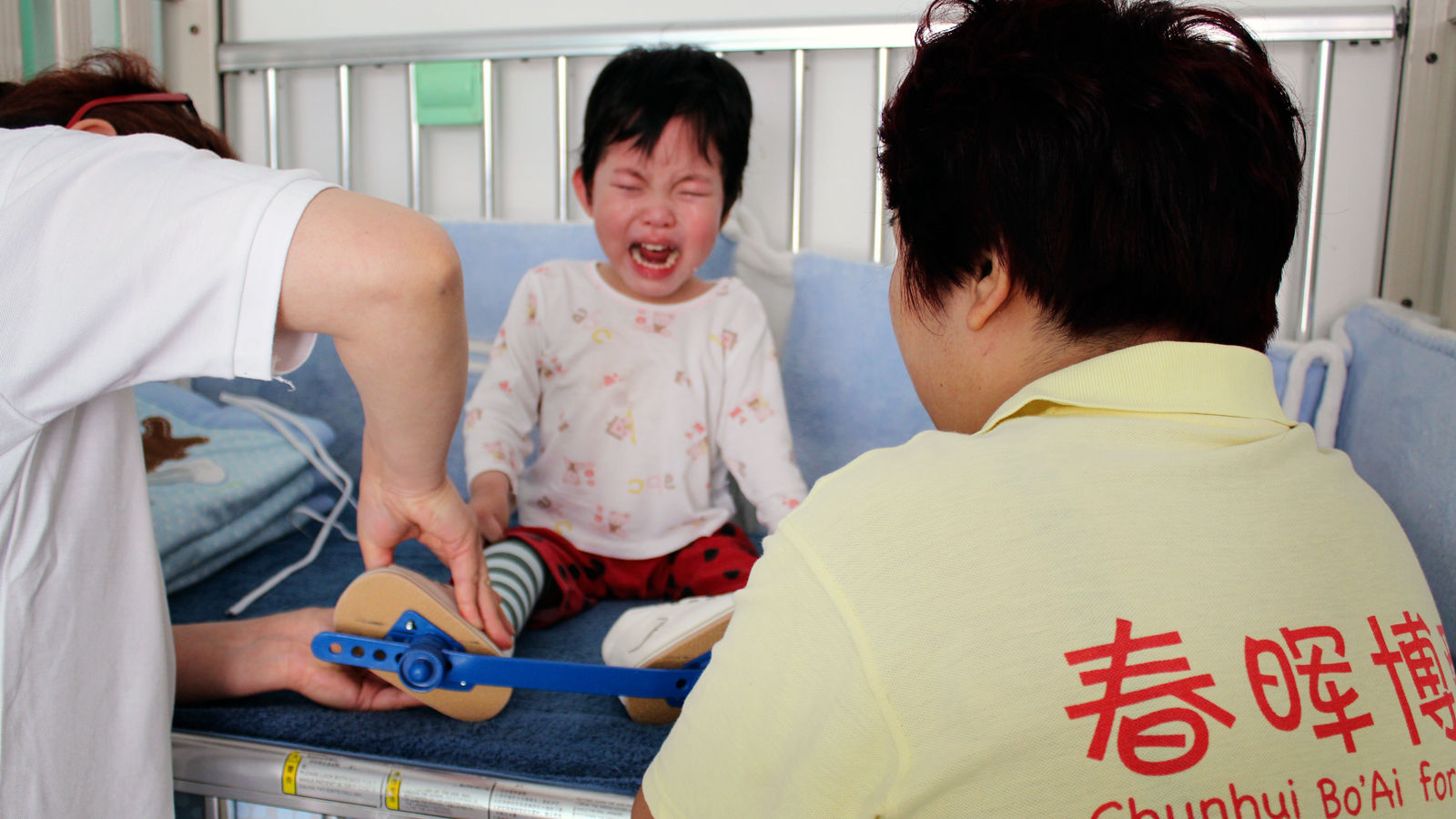 After Anjing was released from the hospital, Liu made sure she had a chance to play like other children. Every day she took her outside to the CCCH yard so she could drive the toy car that had become her favorite activity. When Anjing’s car crashed into another child’s car, she would laugh uproariously. Then, because she had mastered the steering mechanism, she would drive away from the scene of the crash and continue her journey around the entire yard. 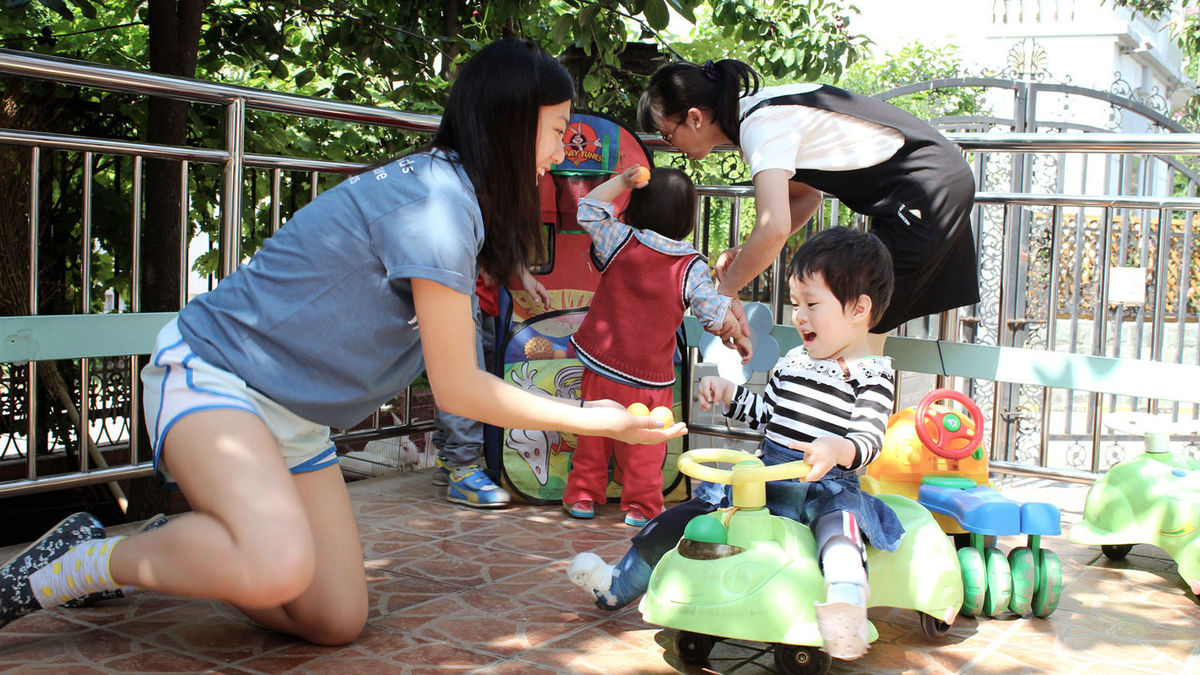 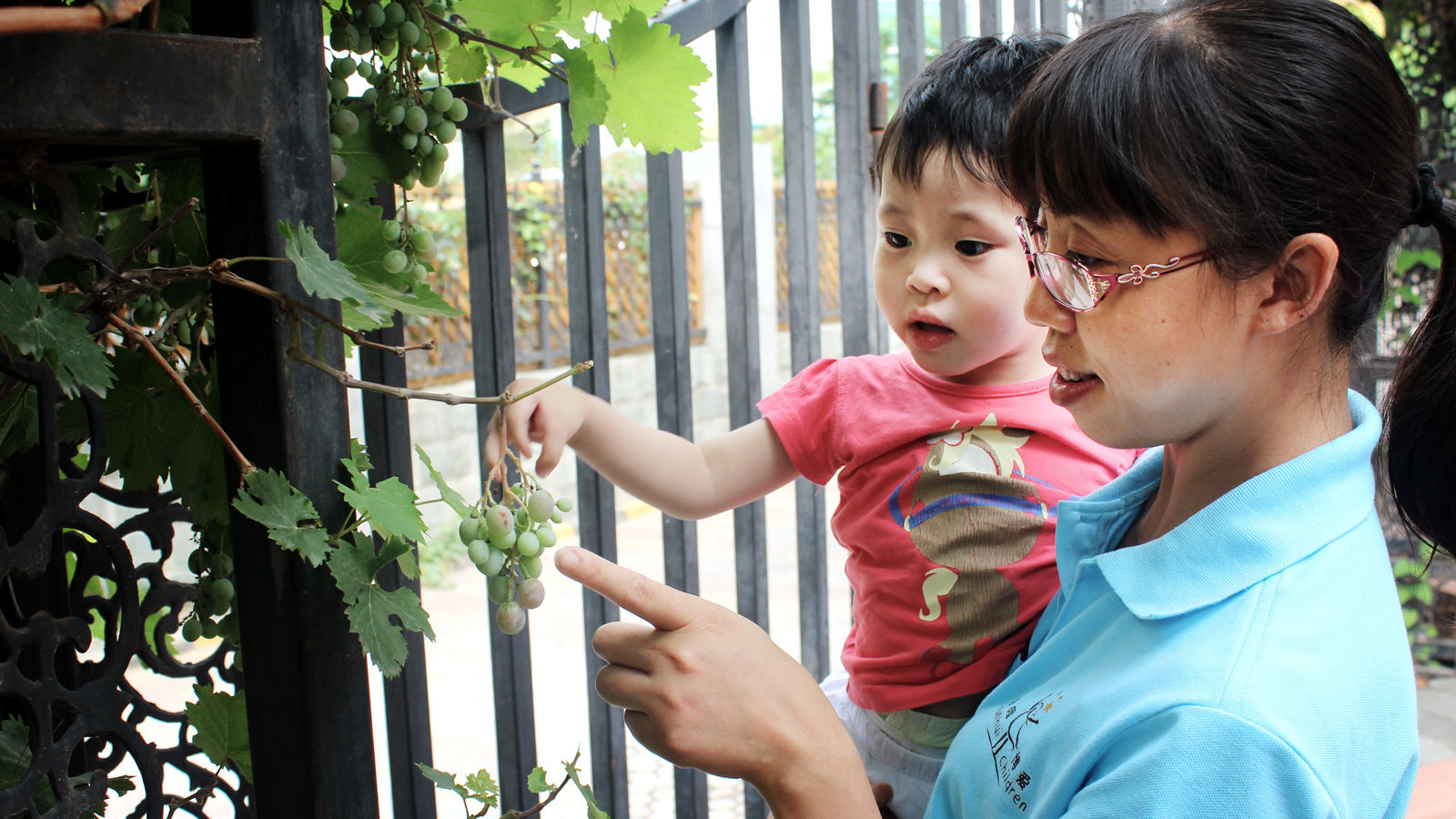 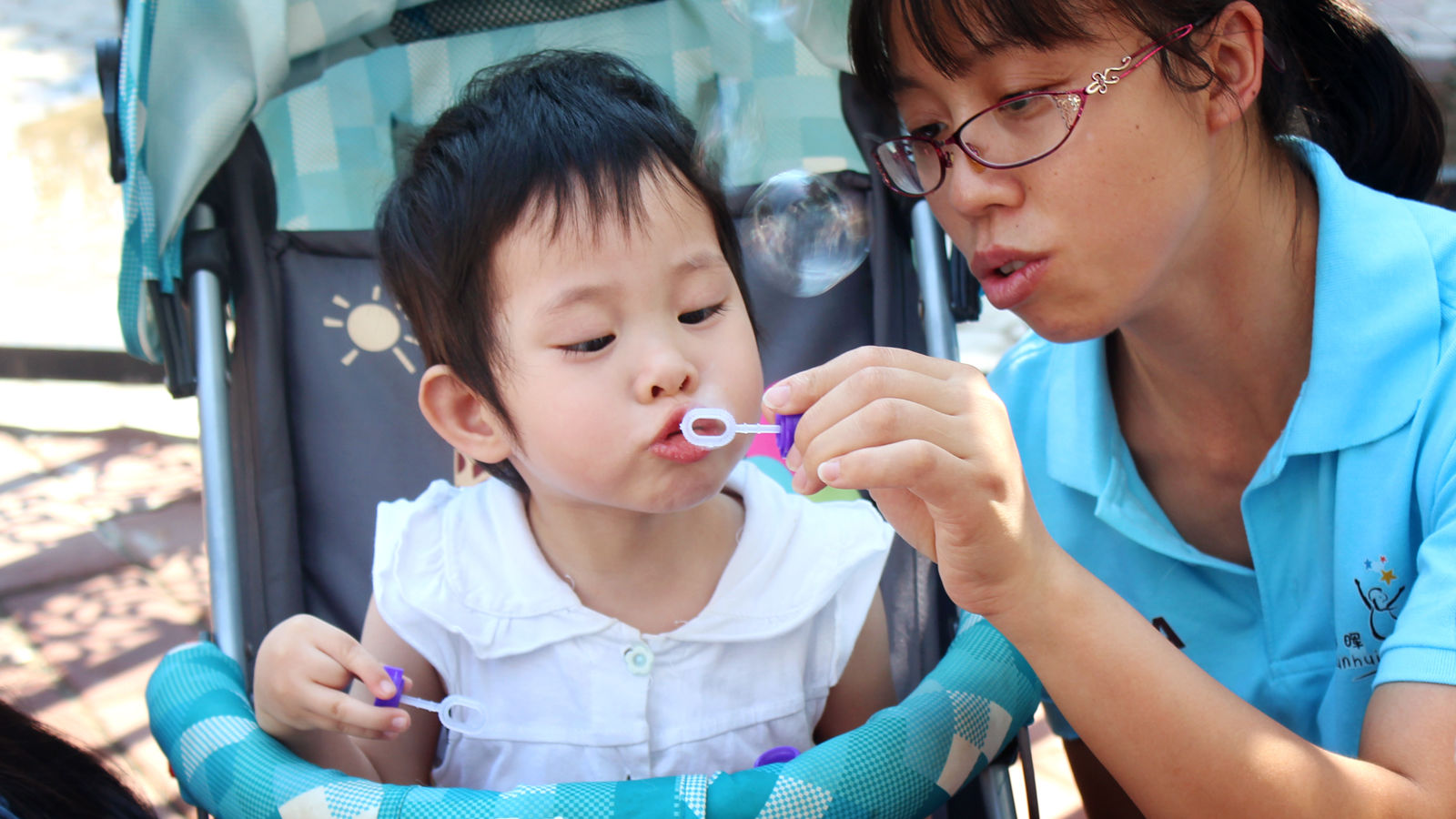 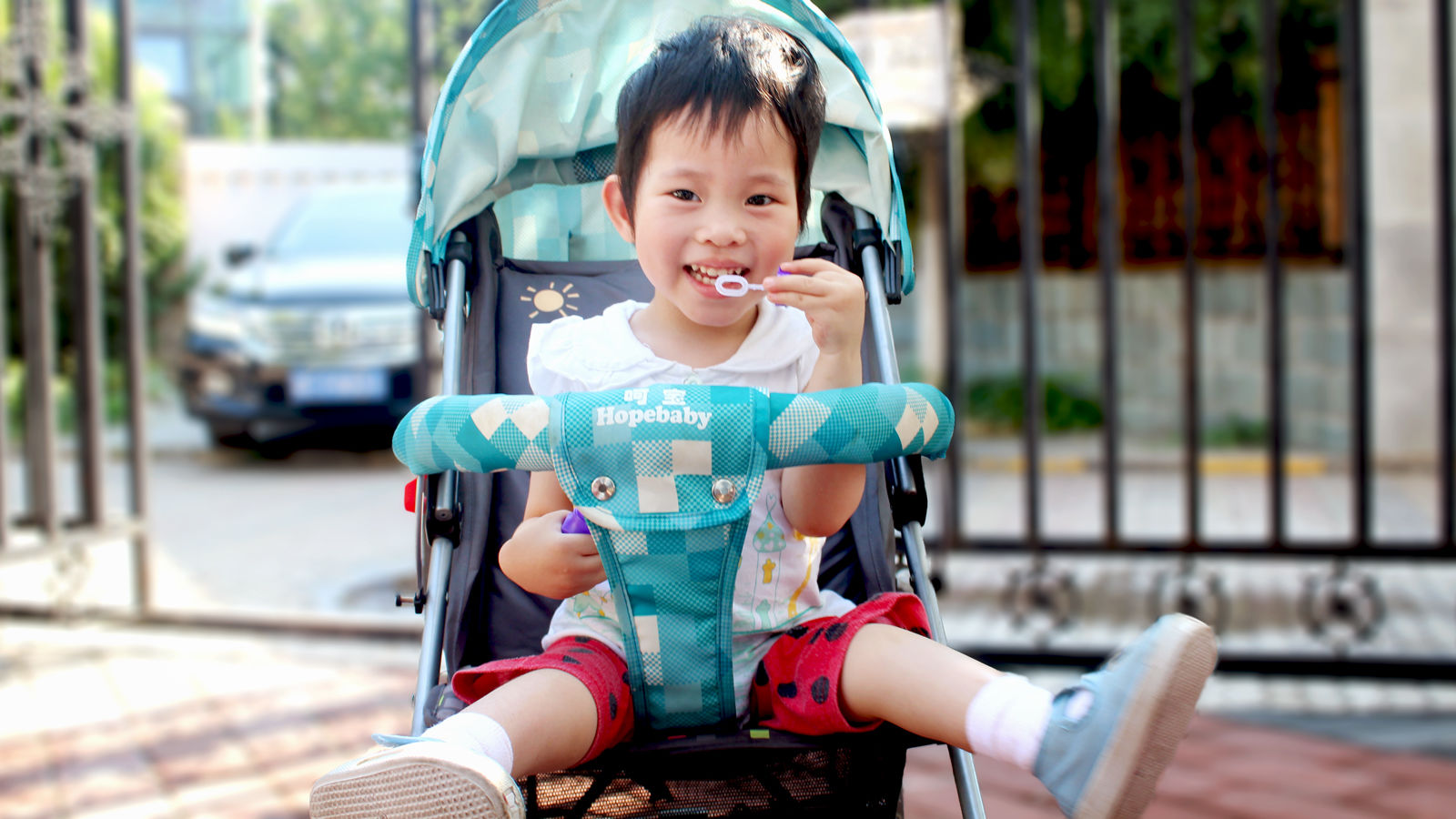 When Anjing turned three years old, the CCCH staff threw a party for her and the other children with June birthdays. Anjing kept staring at the cake decorated with multicolored flowers and repeating “cake” (a new word for her) over and over. Then the candles were lit and the lights turned off while everyone sang “Happy Birthday.” 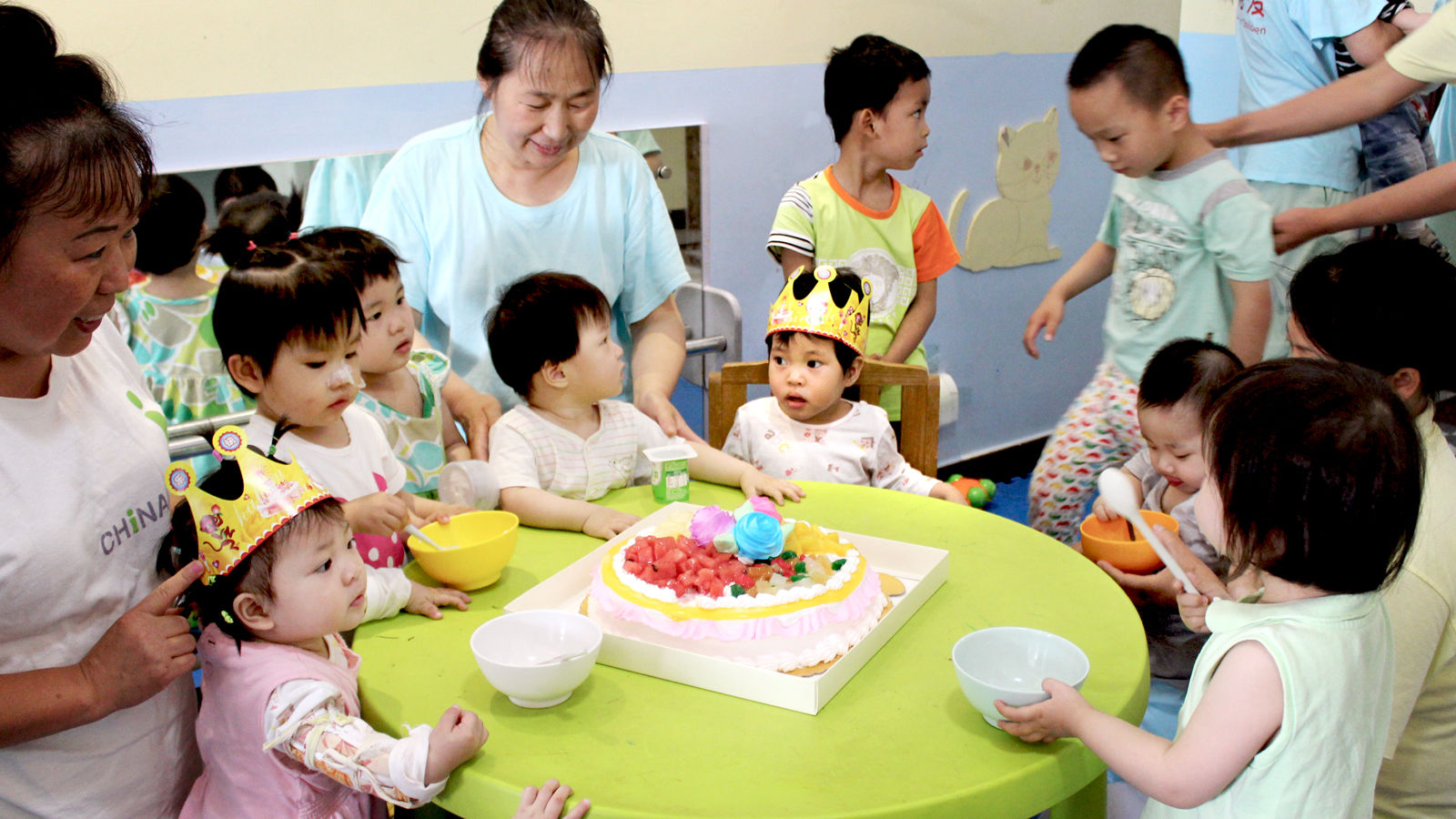 After that party, Anjing entered the CCCH preschool. At first, she was shy and a little fearful, but after a few days, she started joining in group activities with her teacher and new friends. Now she is so eager to go to school that she grabs Liu’s sleeve to remind her to escort her on time. During one outdoor activity, Anjing’s teacher introduced the children to some rabbits that had been donated to CCCH. Some of her classmates shied away from the animals they had never seen before, but brave Anjing stepped up to pet the rabbits and feed them radishes. Now Anjing is obsessed with books about animals. When Liu picks her up from preschool, Anjing babbles about rabbits, dogs or cats — it’s as if she is eager to teach Liu everything she learned that day about animals. 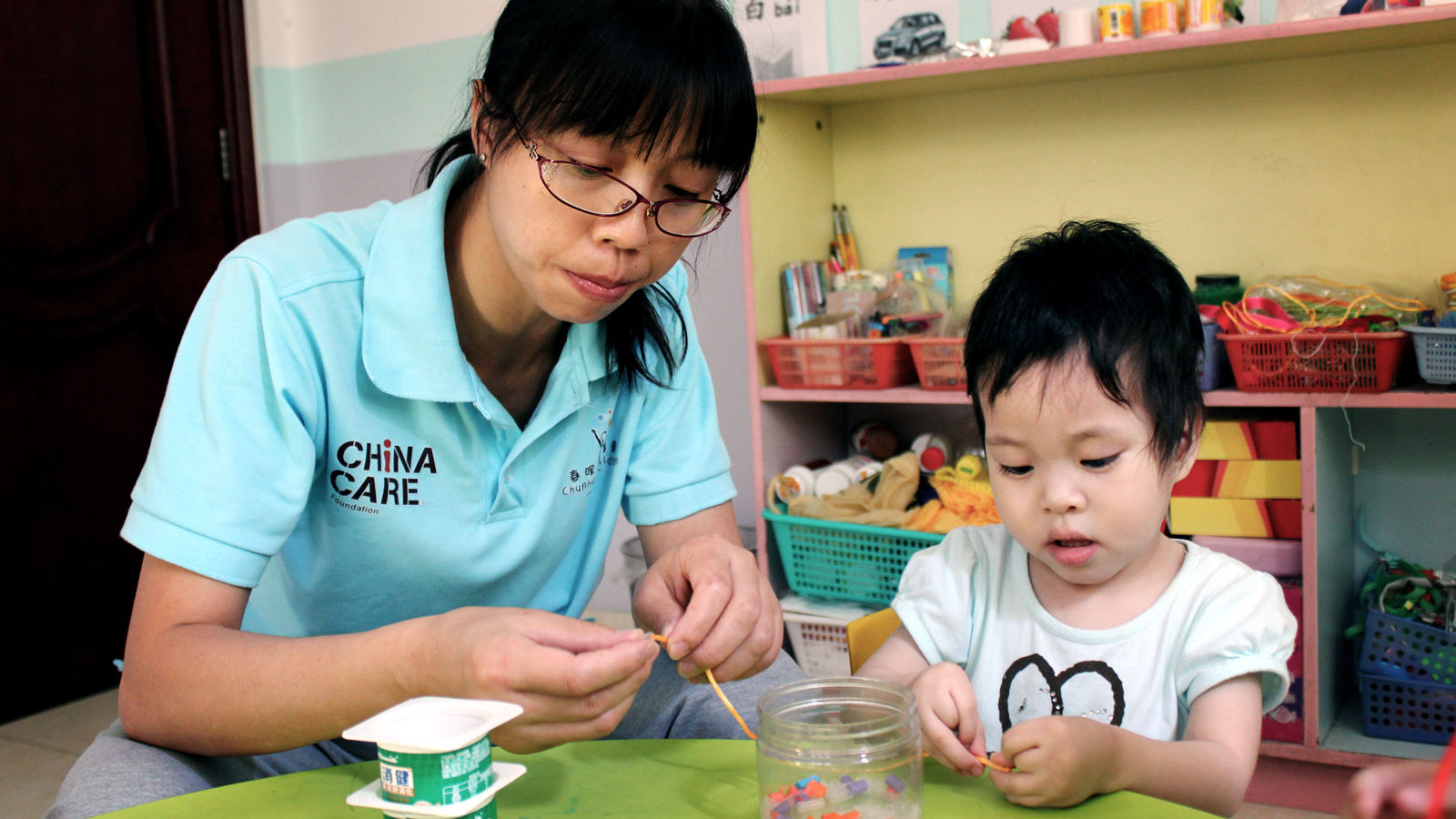 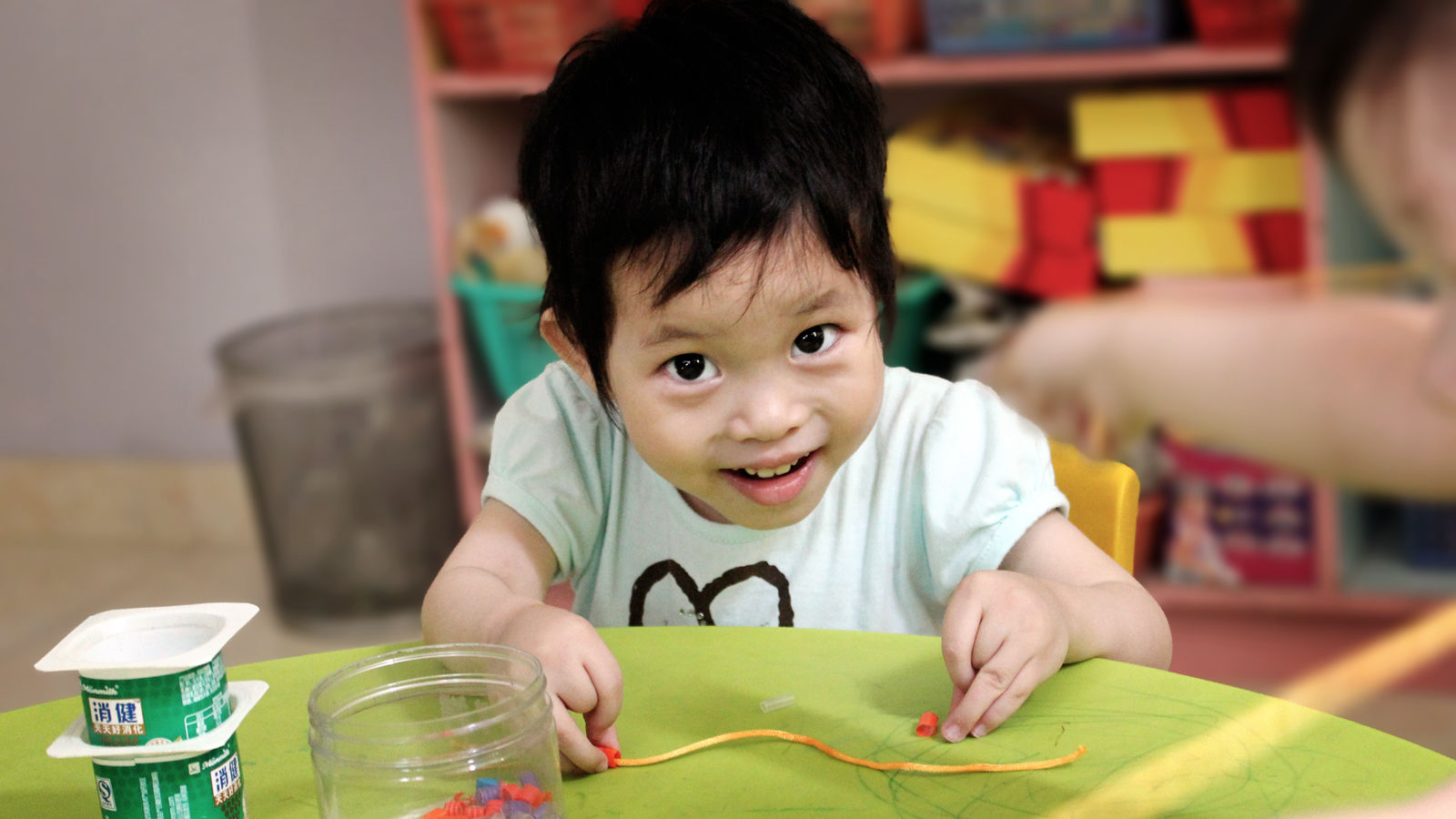 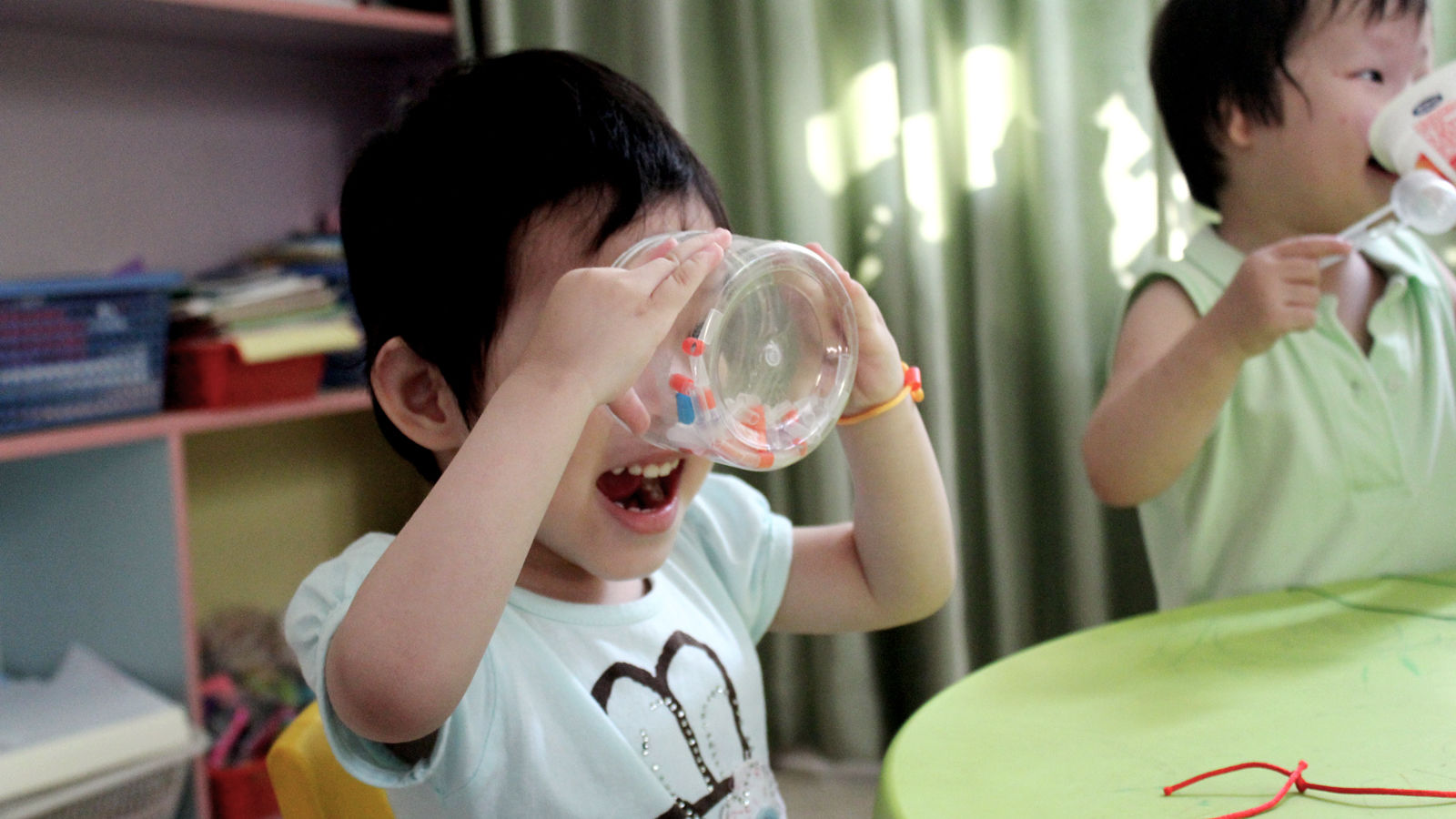 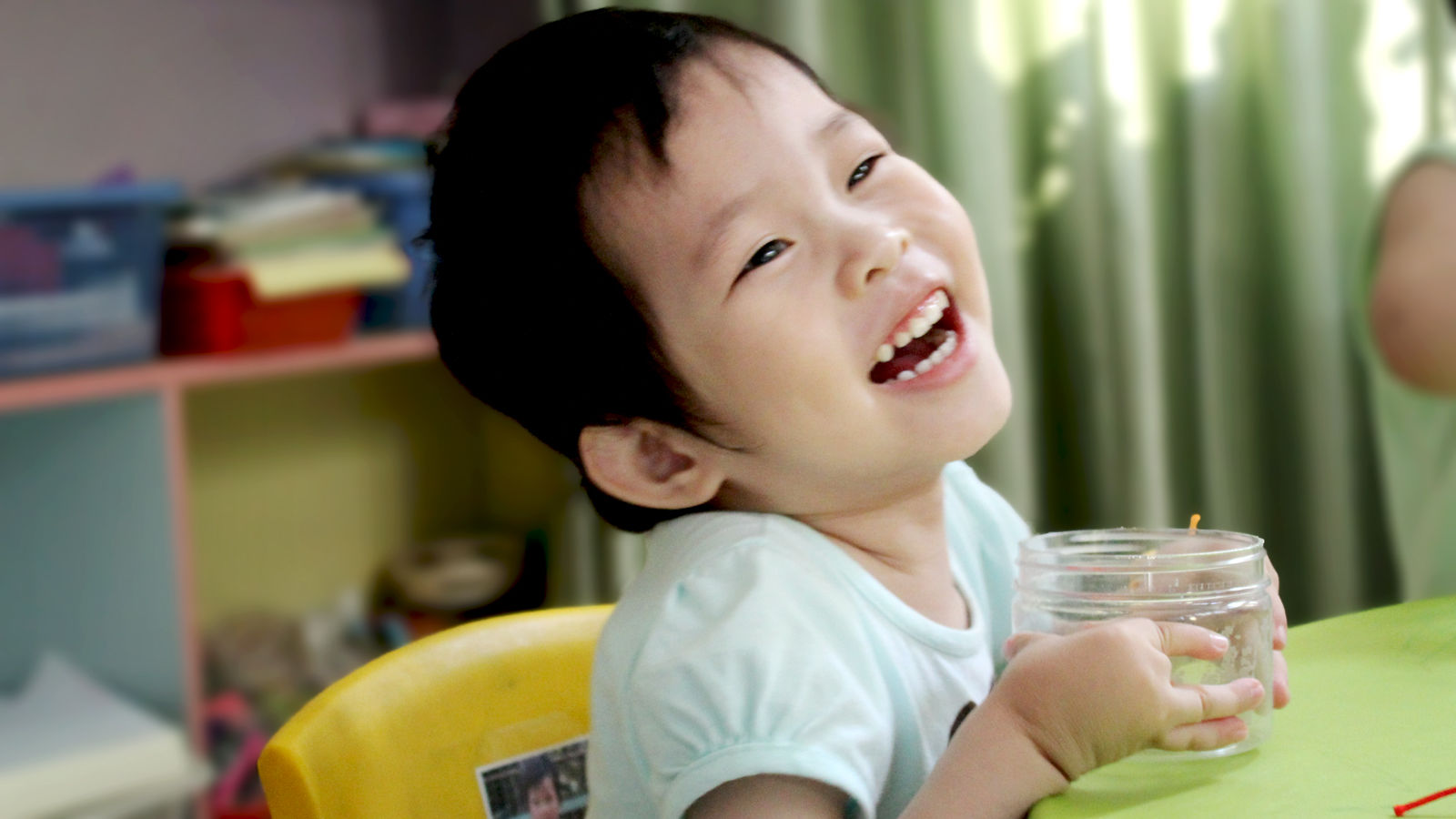 Forty days after surgery, Anjing’s cast and steel rods were removed and she started wearing specially designed orthopedic shoes. Anjing’s feet swelled badly and she wept constantly. As she had so many times when she saw Anjiing struggling with pain, Liu had to fight back her own tears. The doctor suggested that Liu remove the shoes for a few days until the swelling went down. During that time, Anjing couldn’t go to school, but she was not lonely. Books about animals became her friends and as did some OneSky volunteers who spent two weeks interacting and playing games with her — these jiejies “big sisters”) brought much joy to Anjing. 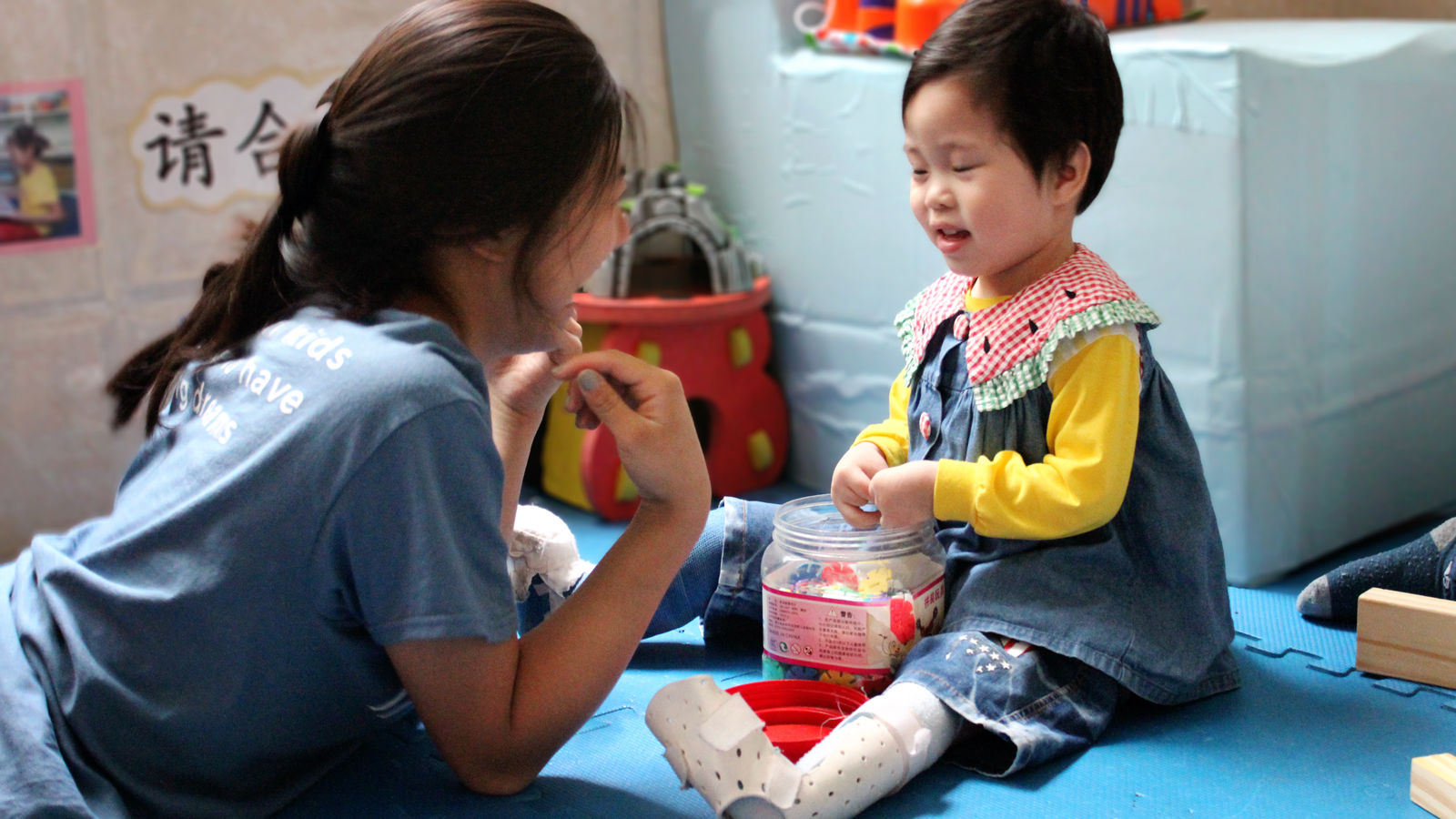 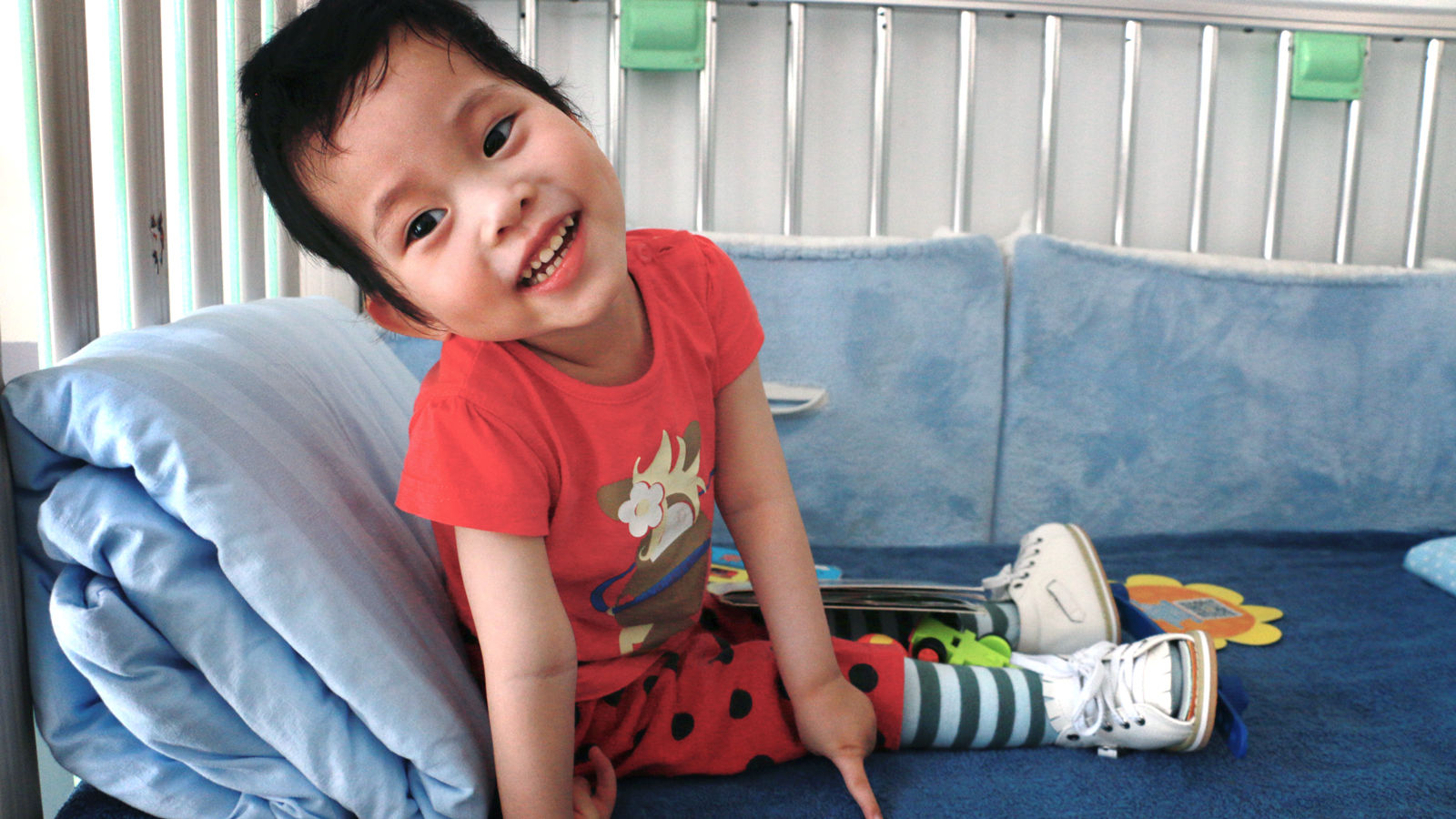 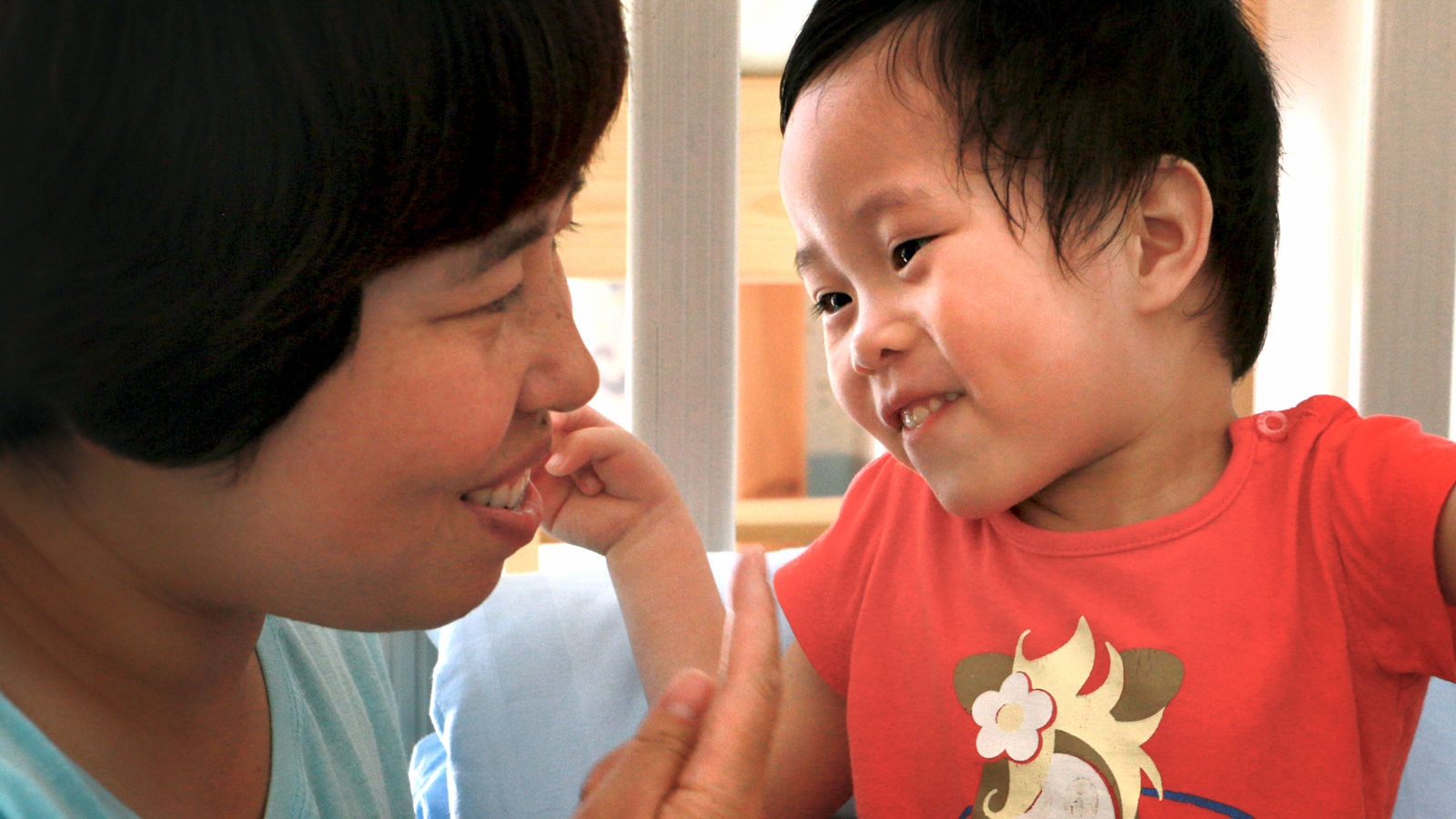 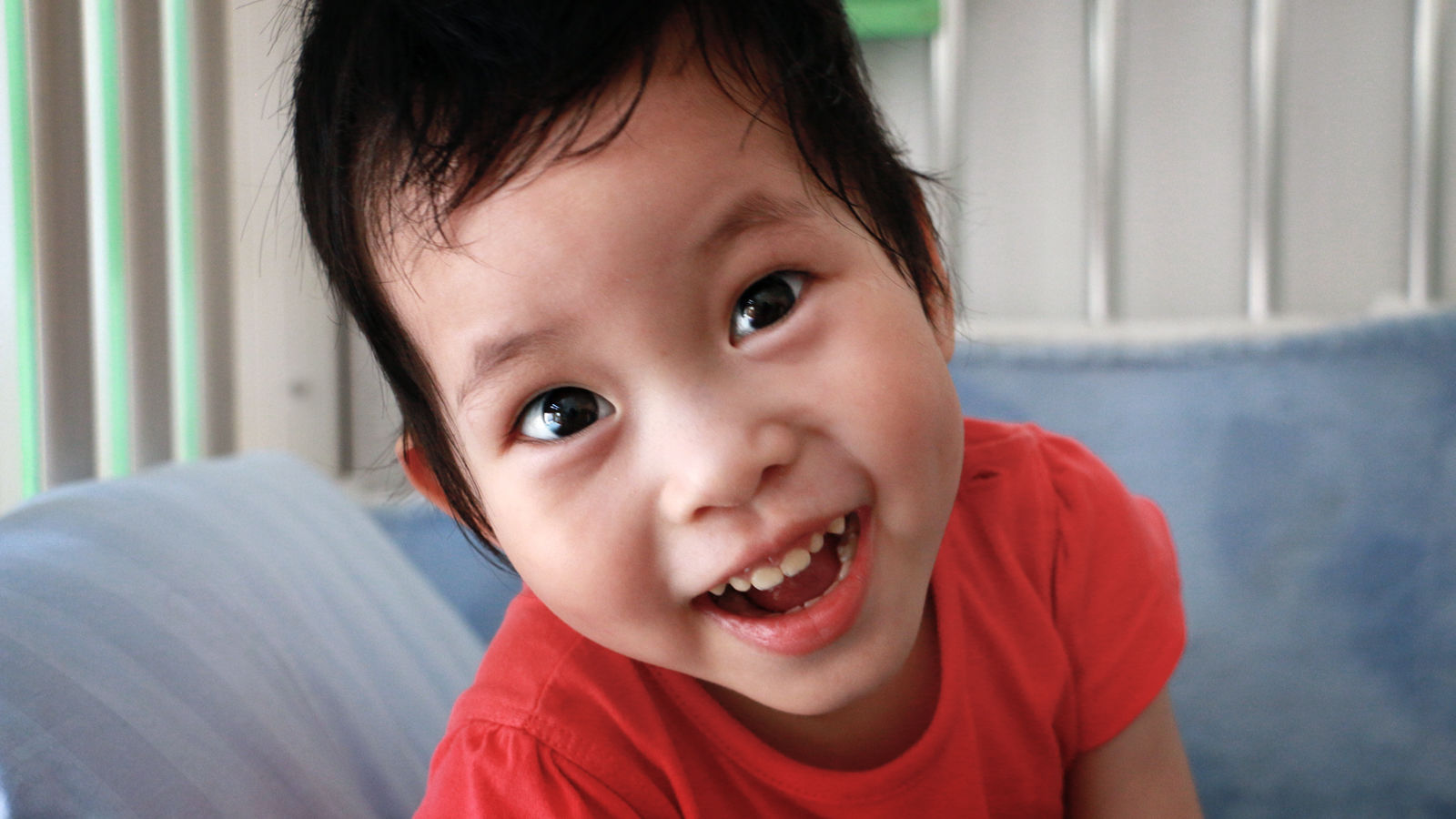 Soon Anjing will leave the CCCH for the second time and rejoin her beloved Nanny Guo at the institution where she was abandoned as a newborn. The road ahead is unknown, but all those who love Anjing, all those who have watched her become a sunshine girl who giggles and smiles with joy, are doing all they can to give her the best chance possible to stand or even walk one day. 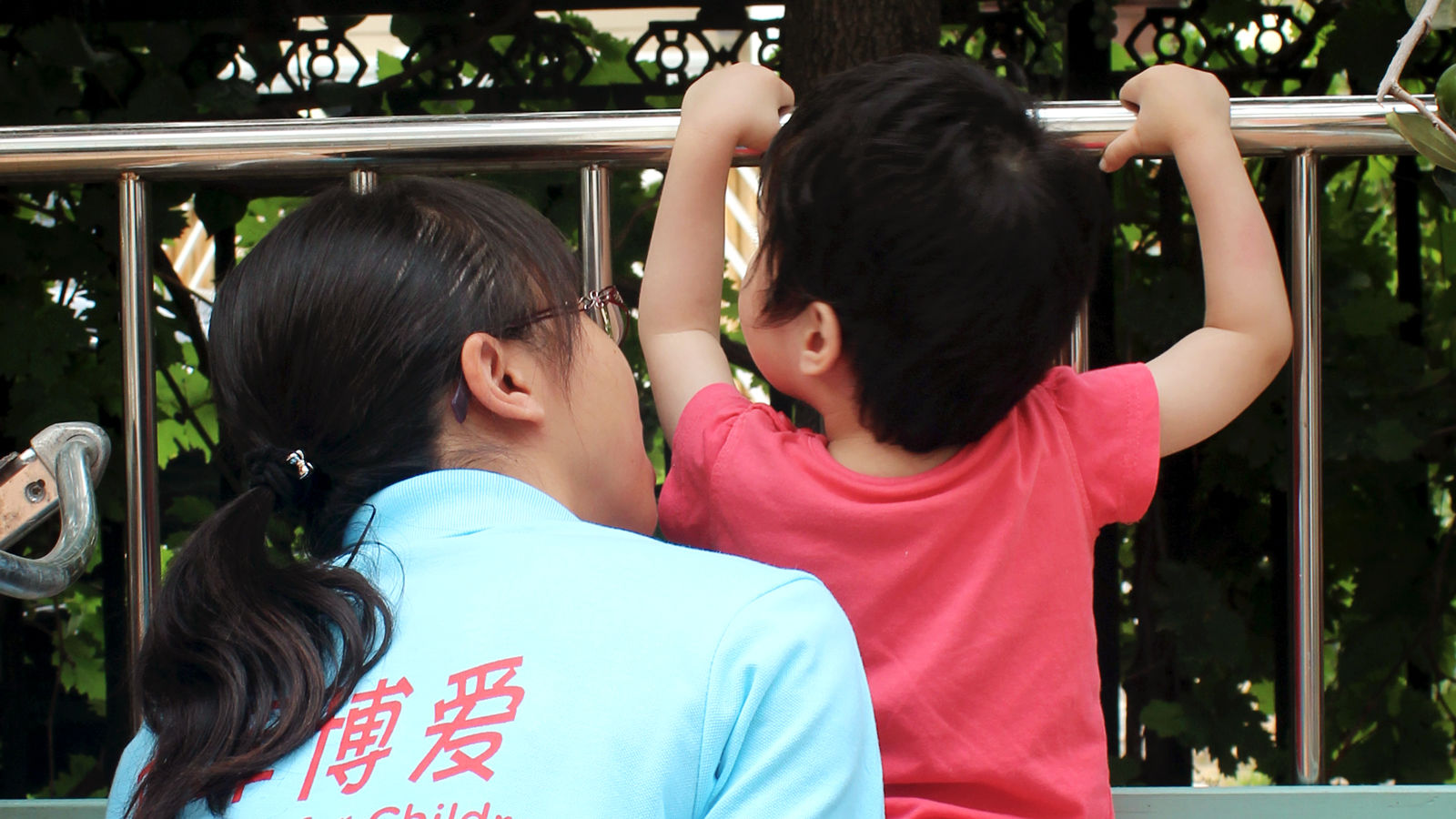