Blog - Latest News
You are here: Home1 / Blog2 / My Heartfelt Wish For JingJing

JingJing, who was born with congenital heart disease, was abandoned at 4 months.

He was discovered by the police and brought to the institution. A month later, he was enrolled in our Infant Nurture program. When he first came to us, JingJing weighed only 5.5 kg. He was very thin, and his neck wasn’t strong enough to keep his head upright. When I held him, I swore I would do my best to care for him and help him thrive.

The first thing I did to help JingJing gain his strength was to take him outdoors when the weather permitted it–I wanted him to have as much sun and fresh air as possible. During the first couple of times we went outside, JingJing was both nervous and curious. He would look around him with wide eyes and grab tightly onto my clothing. I held him in my arms and softly explained his surroundings to him. 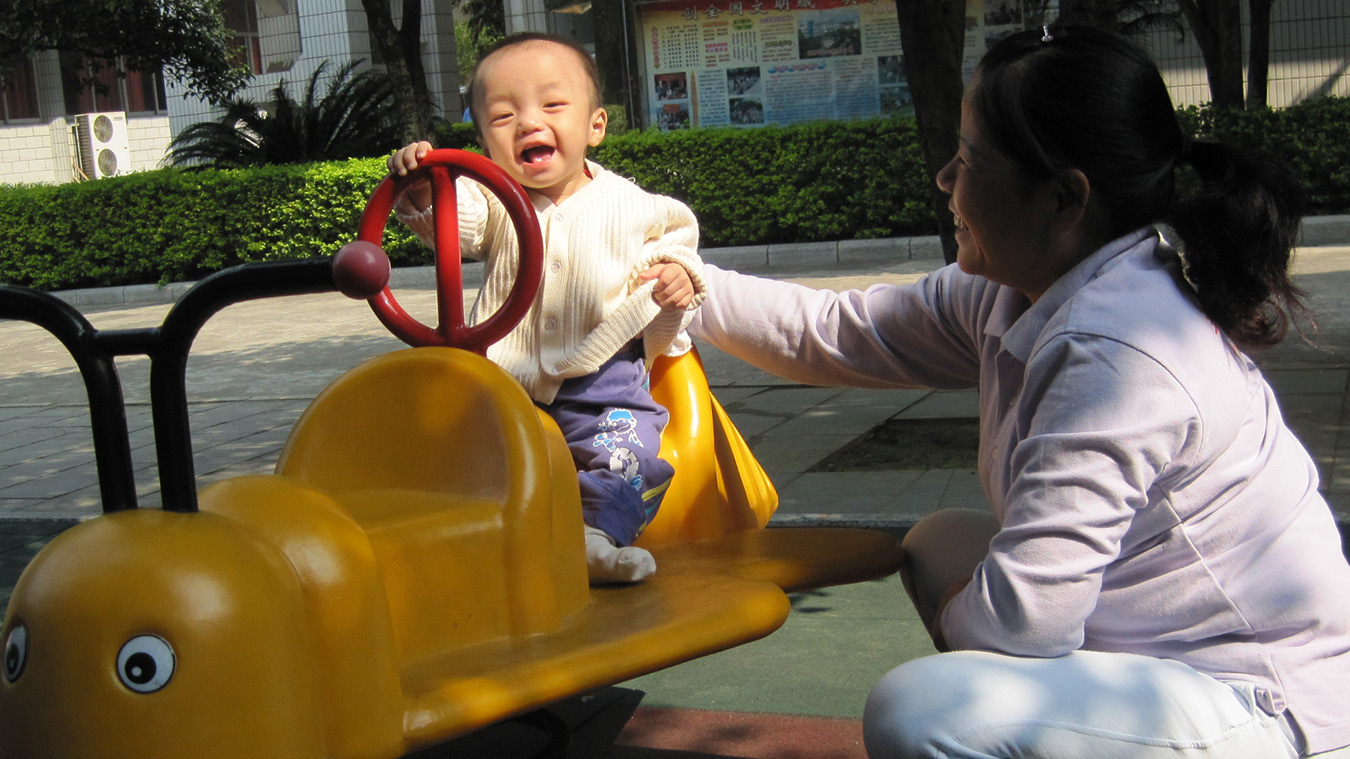 A mere two weeks later, JingJing was in love with the outdoors. He would listen to my explanations with a smile on his face, and would burst into happy laughter when he played on the slide or sat on the swing.

Our playtime together had a twofold purpose: I wanted JingJing to enjoy himself, but I also wanted to help him grow and strengthen physically. Slowly Jing Jing become interested in the toys I showed him. I worked on strengthening his motor skills by teaching him how to grab the toys. Although he dropped them at the beginning, I knew he would eventually learn if we kept trying. I started with colorful toys that easily caught his attention. I’d place a toy in his hand and then show him how to close his fingers around it. After two weeks of persistent efforts, JingJing was able to grab on to a toy tightly.

JingJing’s neck also required exercise to strengthen it. I used colorful toys again to attract his attention so he would look up. After four weeks of this exercise, JingJing was able to raise his head on his own and keep it raised. He also made progress turning over and sitting on his own. 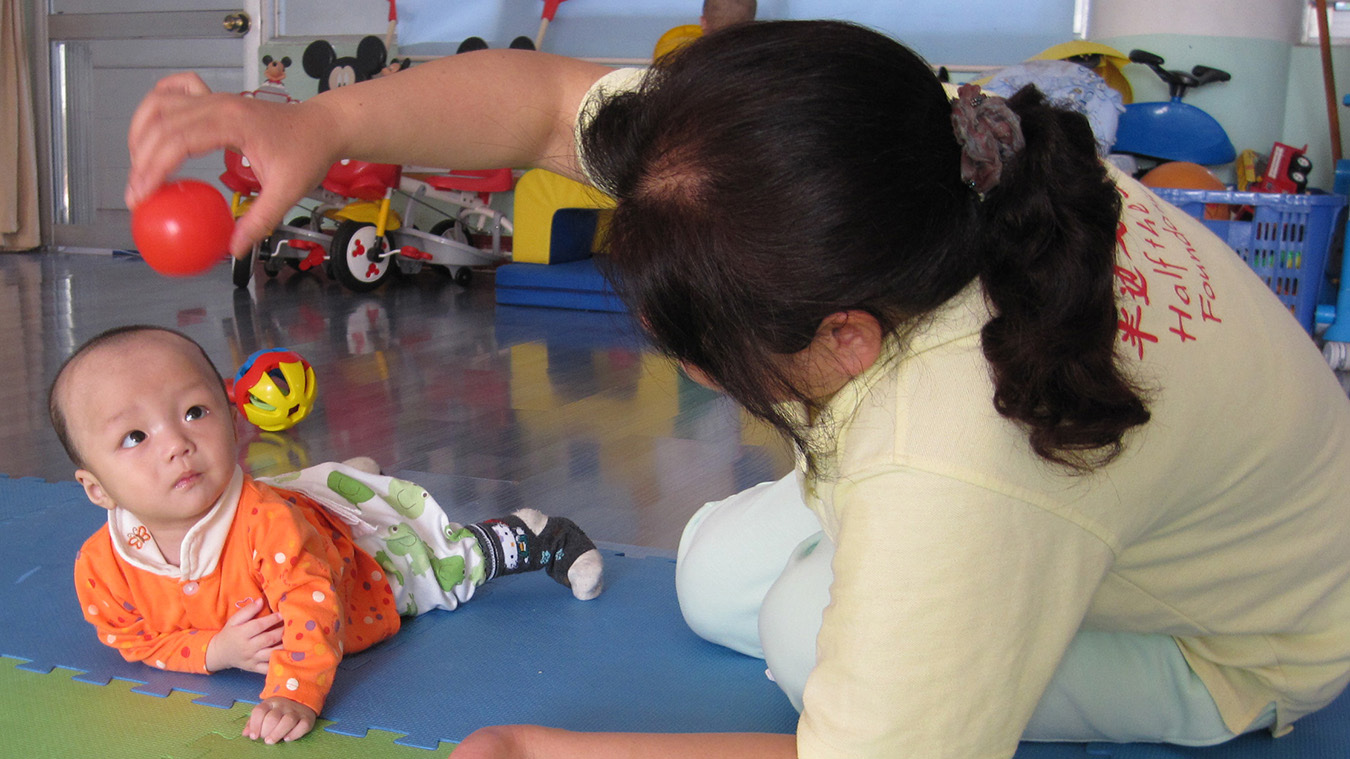 Now JingJing is almost two and is learning to stand and walk! He can say some simple words like, “Mom,” “Nanny,” and “Ayi” (Auntie, the term used by the children for the institution staff). Whenever he sees a staff member pass by, he looks at her curiously and then says “Ayi.” I take every chance I can to encourage him to speak more.

When I think of all the progress JingJing has made, I feel so happy. I believe that in the future, JingJing will continue to surprise me with more improvement in all aspects of his life. Protecting JingJing and helping him thrive happily and healthily is my duty and it is also my most heartfelt wish for him.

ZhongXu and His Math Teacher