When Chuchen feels lonely, she picks up a coat her mother left behind and holds it to her cheek.

“This smells like my mama,” she whispers. Or sometimes, she fingers the beads that once belonged to her mama, and are now strung on a little bracelet she wears. 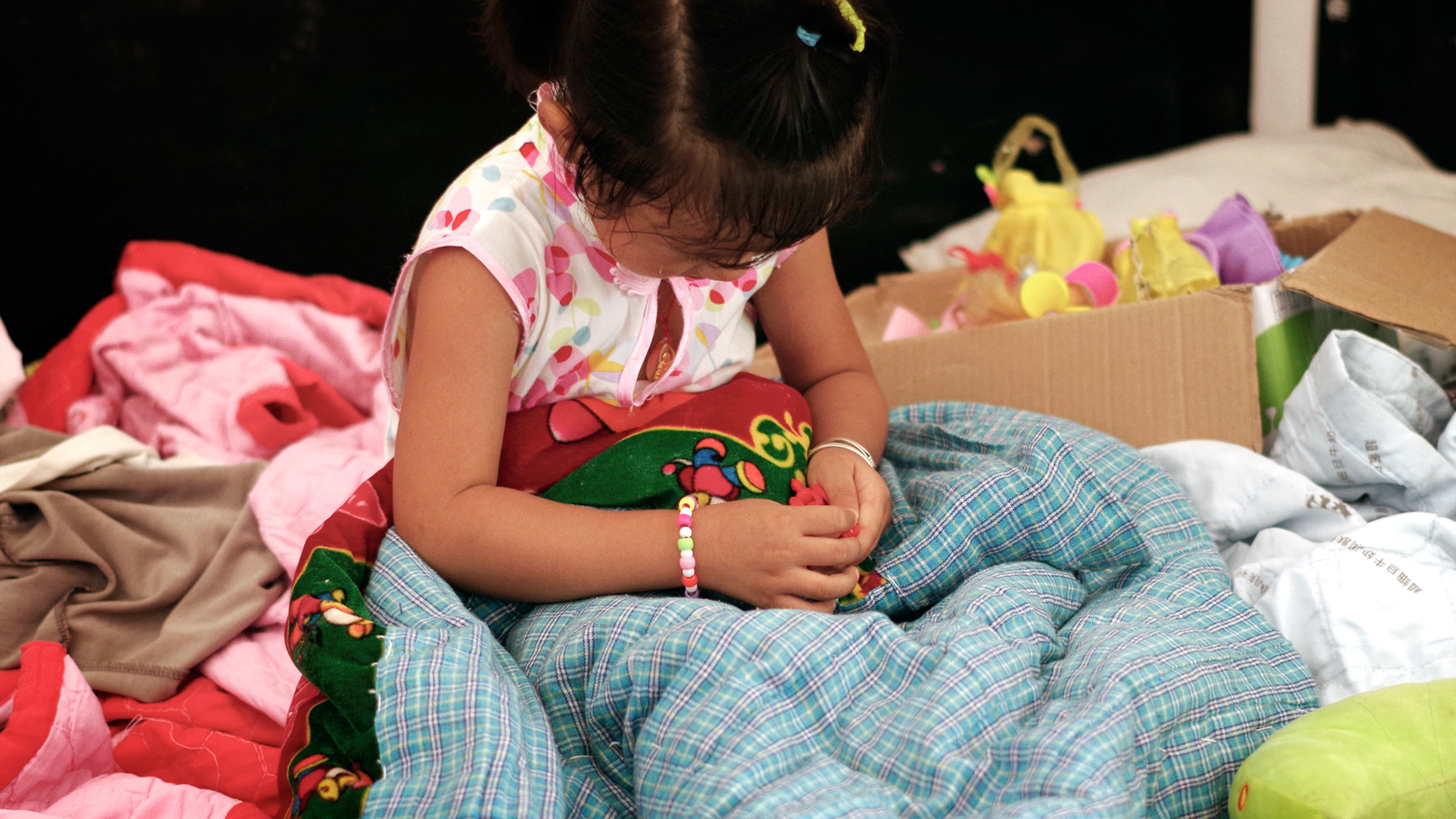 Chuchen has lived with her grandparents since she was two. Her mama and daddy work outside the village in a faraway big city. Not only do they rarely see Chuchen, but because they work at and live in dormitories at different factories, they rarely see each other. When her mama left that first year, Chuchen missed her so much that she got sick. Now she no longer cries, says her grandma, “but maybe that is even more sad.”

Chuchen’s grandmother is deeply devoted to Chuchen and to her seven-year-old brother Chunlu. In fact, given all the demands on their time, the grandparents do an amazing job of caring for their grandchildren. 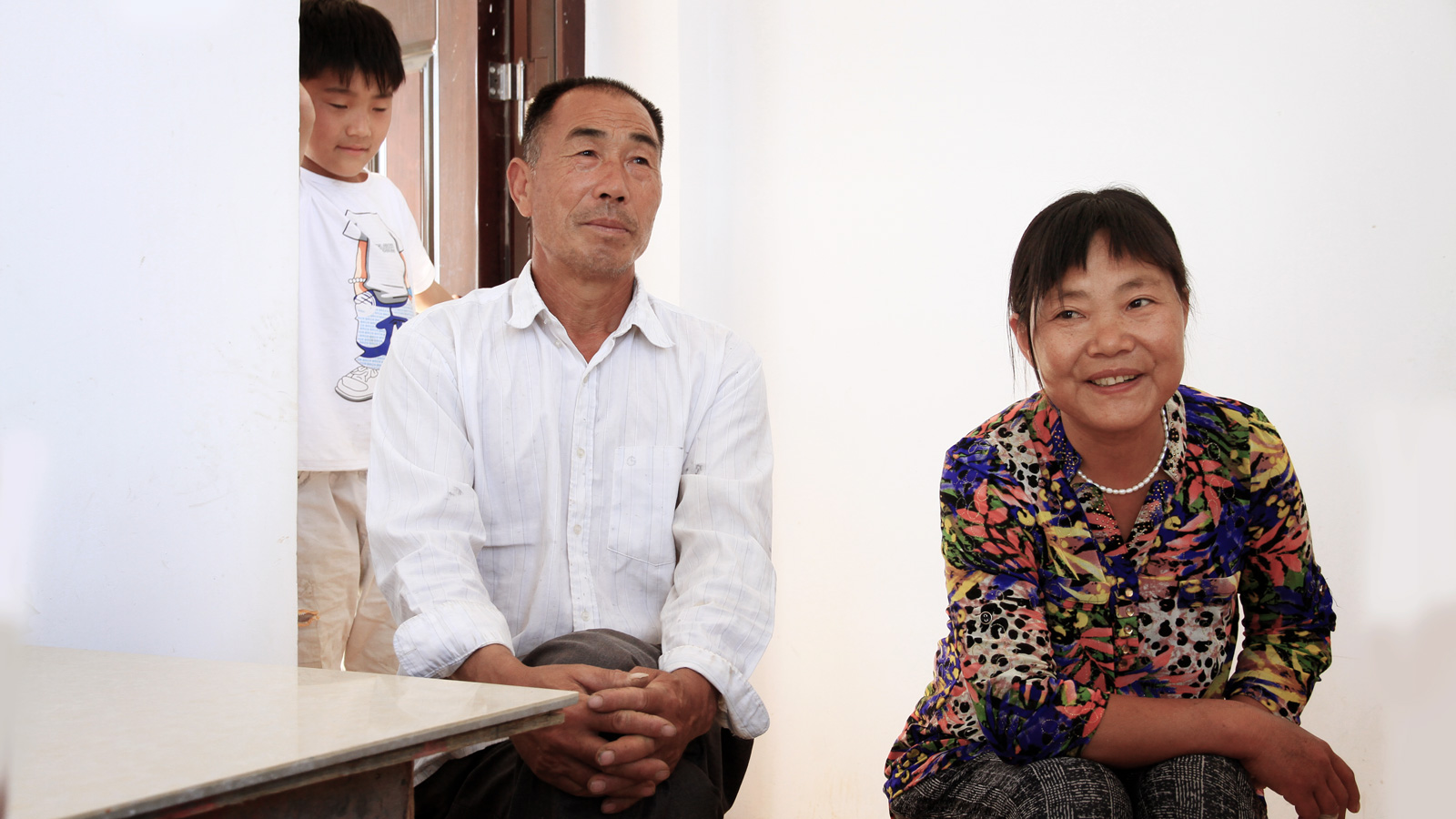 Grandfather works in a nearby factory that makes agricultural equipment, and both grandparents also tend some rented fields, growing corn and wheat. They also look after the local fish farm. As  watchmen, they are given a free place to stay. 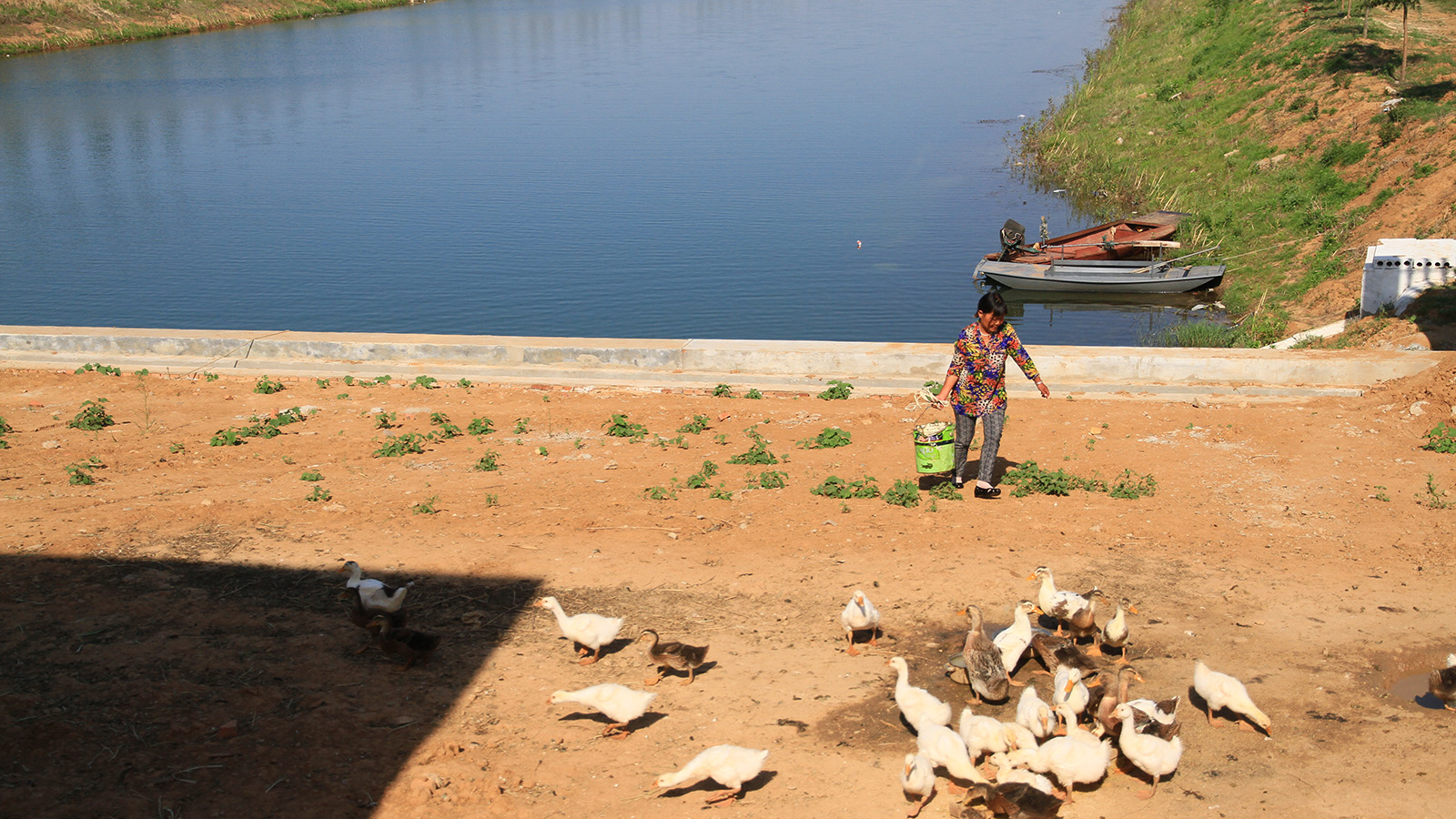 On sad days Grandma tries comfort Chuchen, explaining that her parents’ work supports her and her brother, and might even help them all buy a house someday. But Chuchen would rather have her mother. “There is no choice in these villages,” says Grandma. 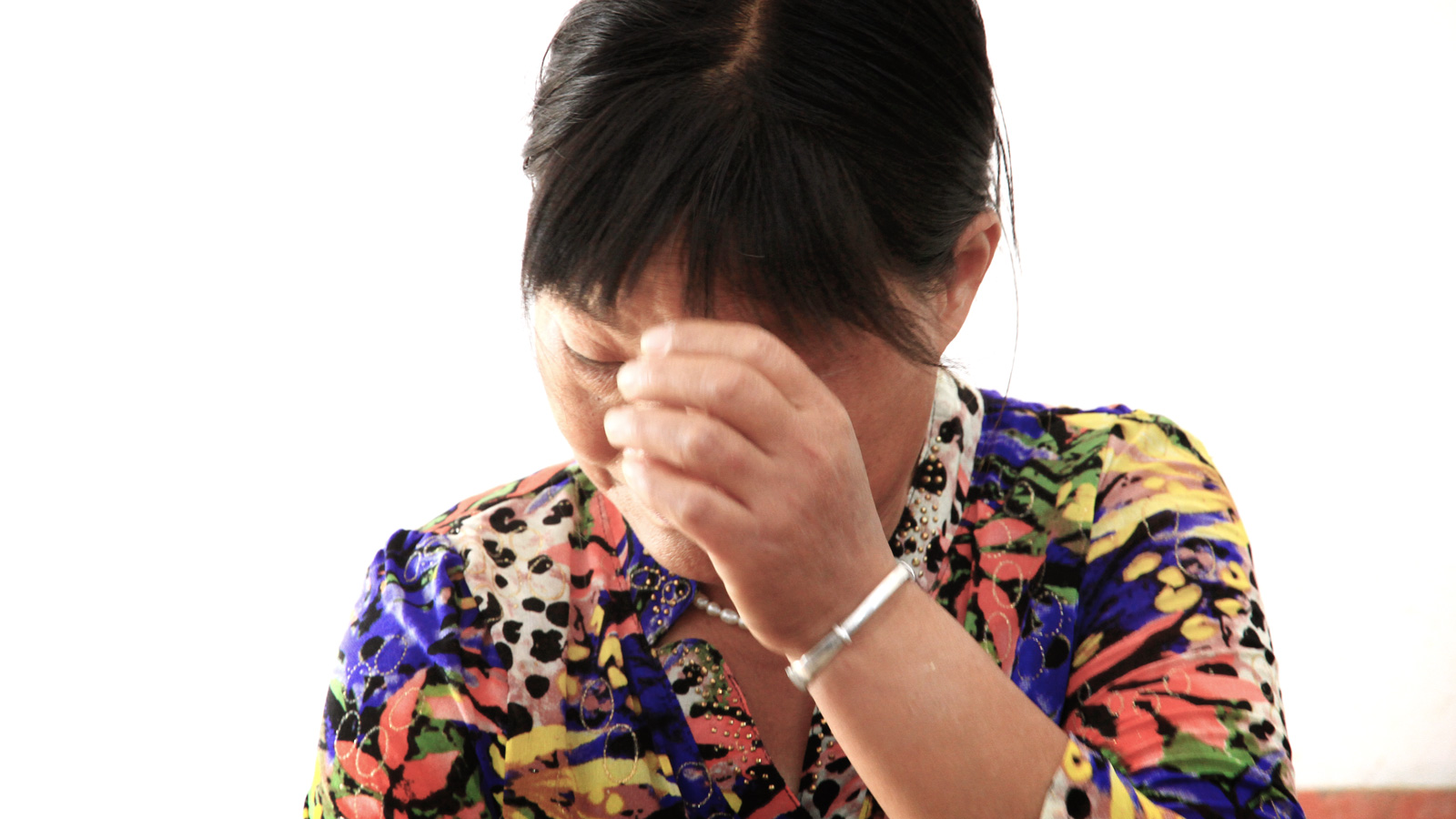 In her spare time, Grandma loves to string bracelets and necklaces for her granddaughter using buttons and beads from worn out clothing and other trinkets. Grandma says these are beads of love. With every bead she strings, she makes a wish for Chuchen. When she uses a bead from a dress Chuchen’s mother used to wear, she adds a another to Chuchen’s beaded bracelet. 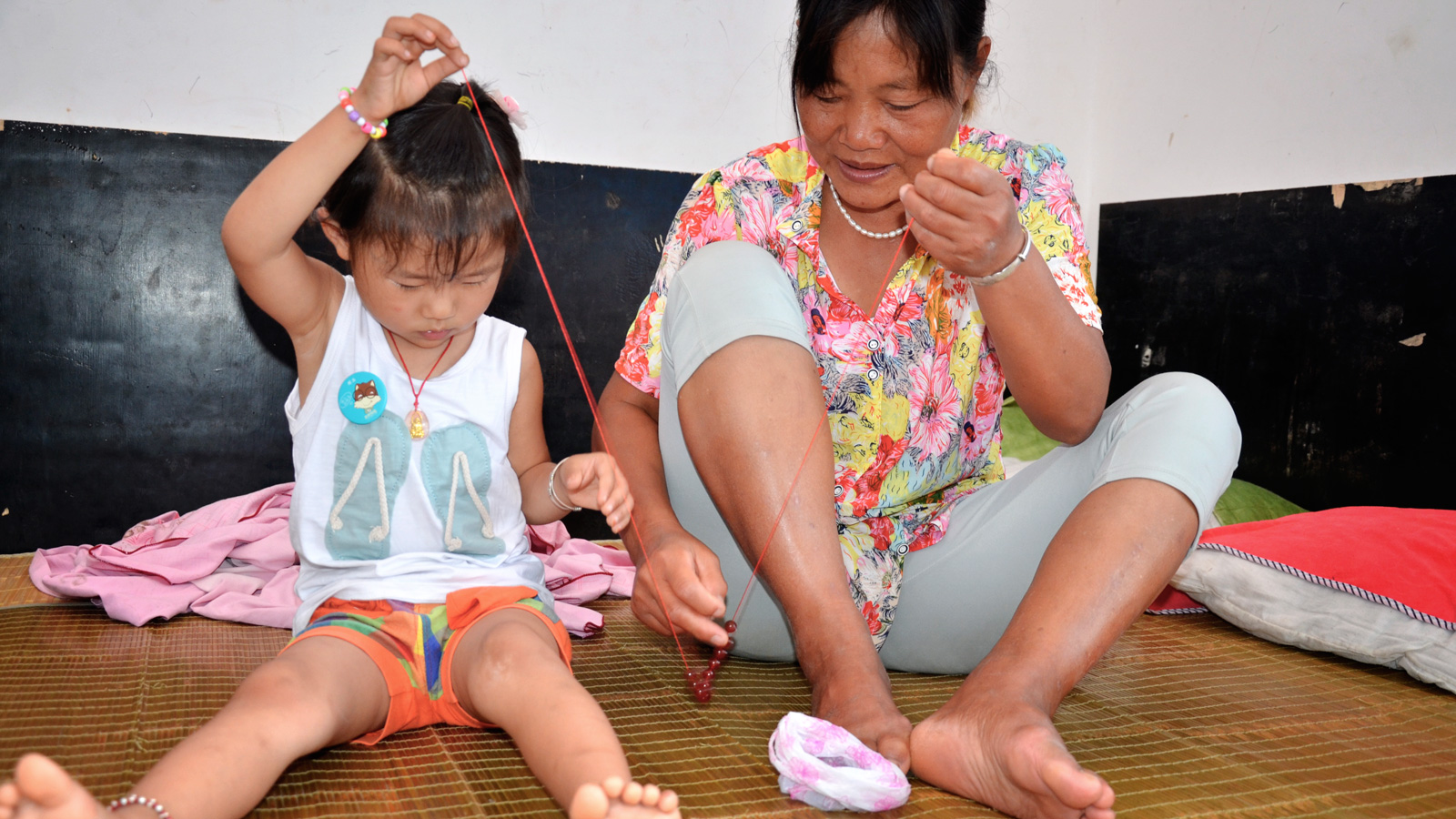 “Here, Chuchen. This will remind you that your mother loves you, and so do I.” 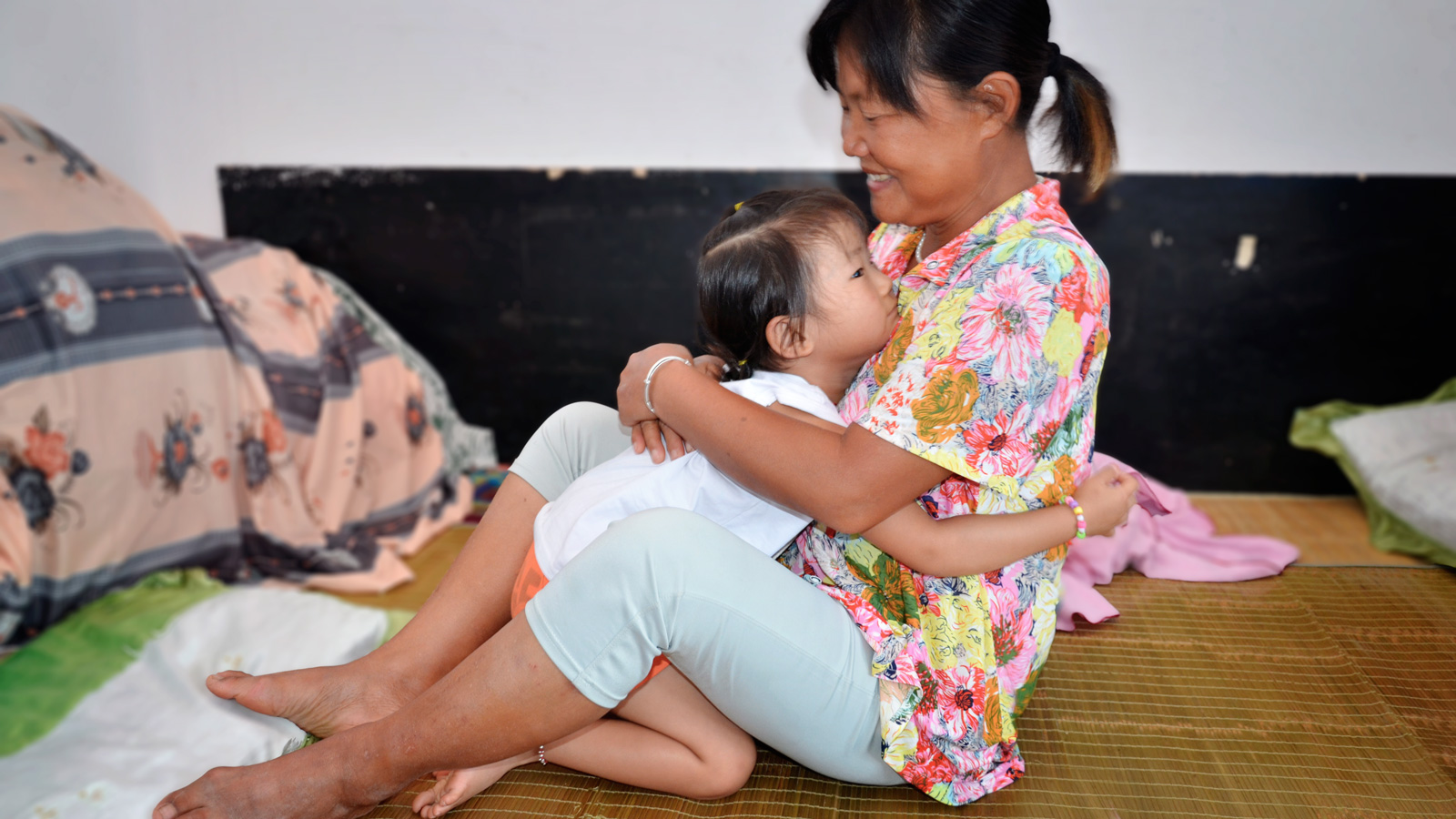 In the OneSky Village program, Grandma is learning that letting Chuchen express her emotions is healthy, so now instead of just reassuring the little girl that her mother cares for her, she tries to encourage Chuchen to open up about her lonely feelings. 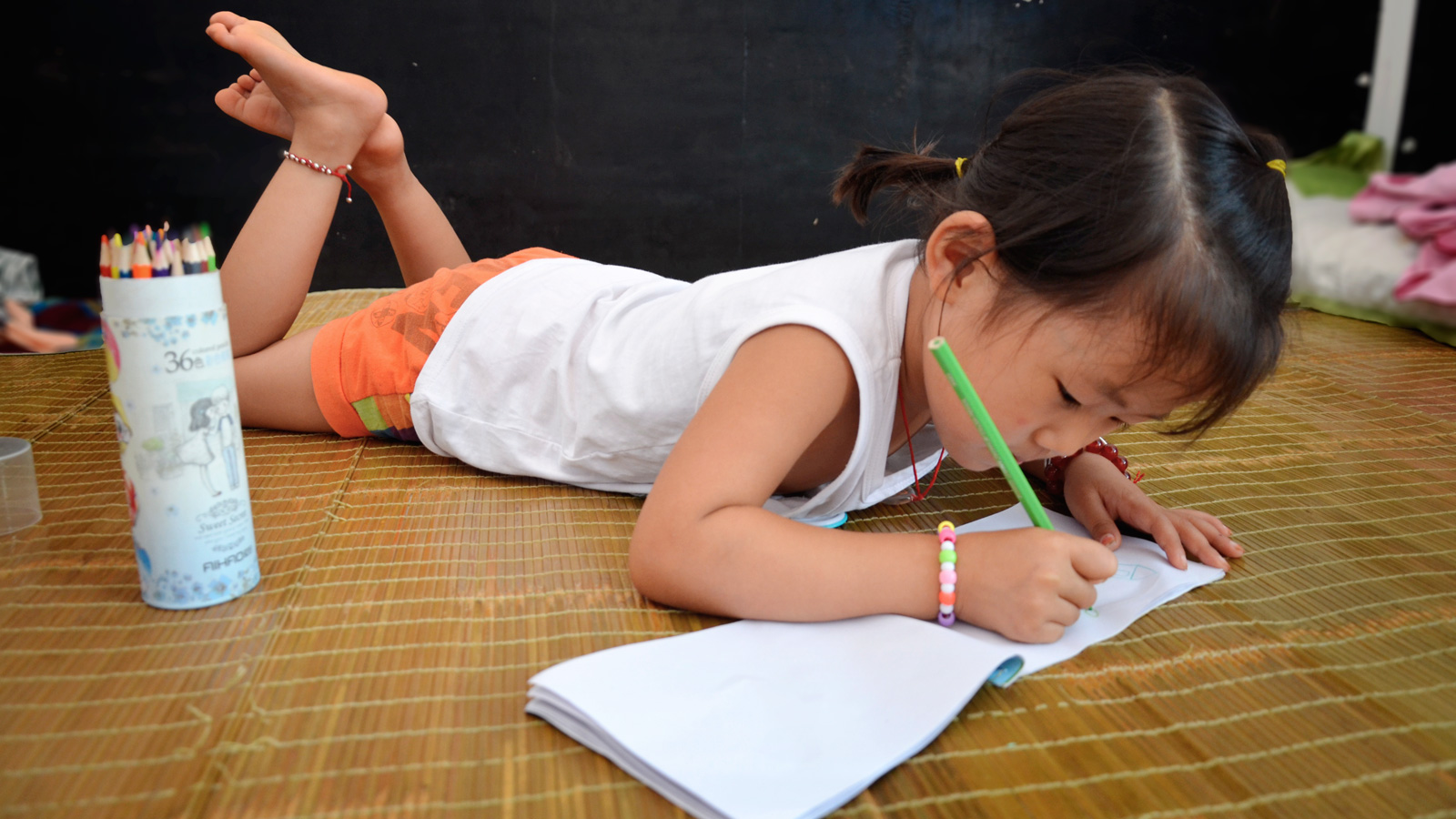 When Chuchen’s teacher asked all the children to name a word that describes “mother,” Chuchen said “house.” When the teacher asked why, Chuchen explained, “My mother is like a house because she can protect me.” 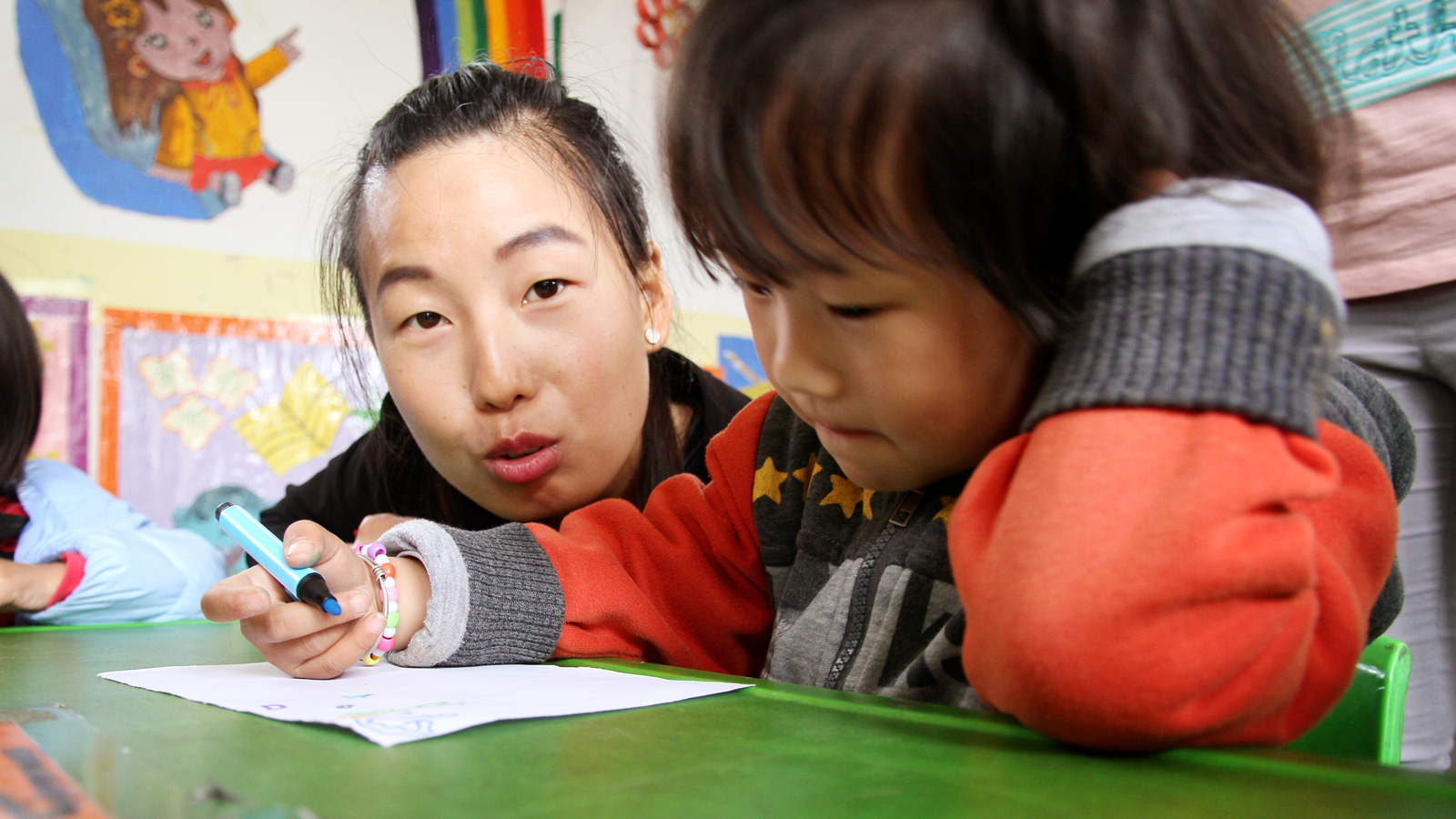 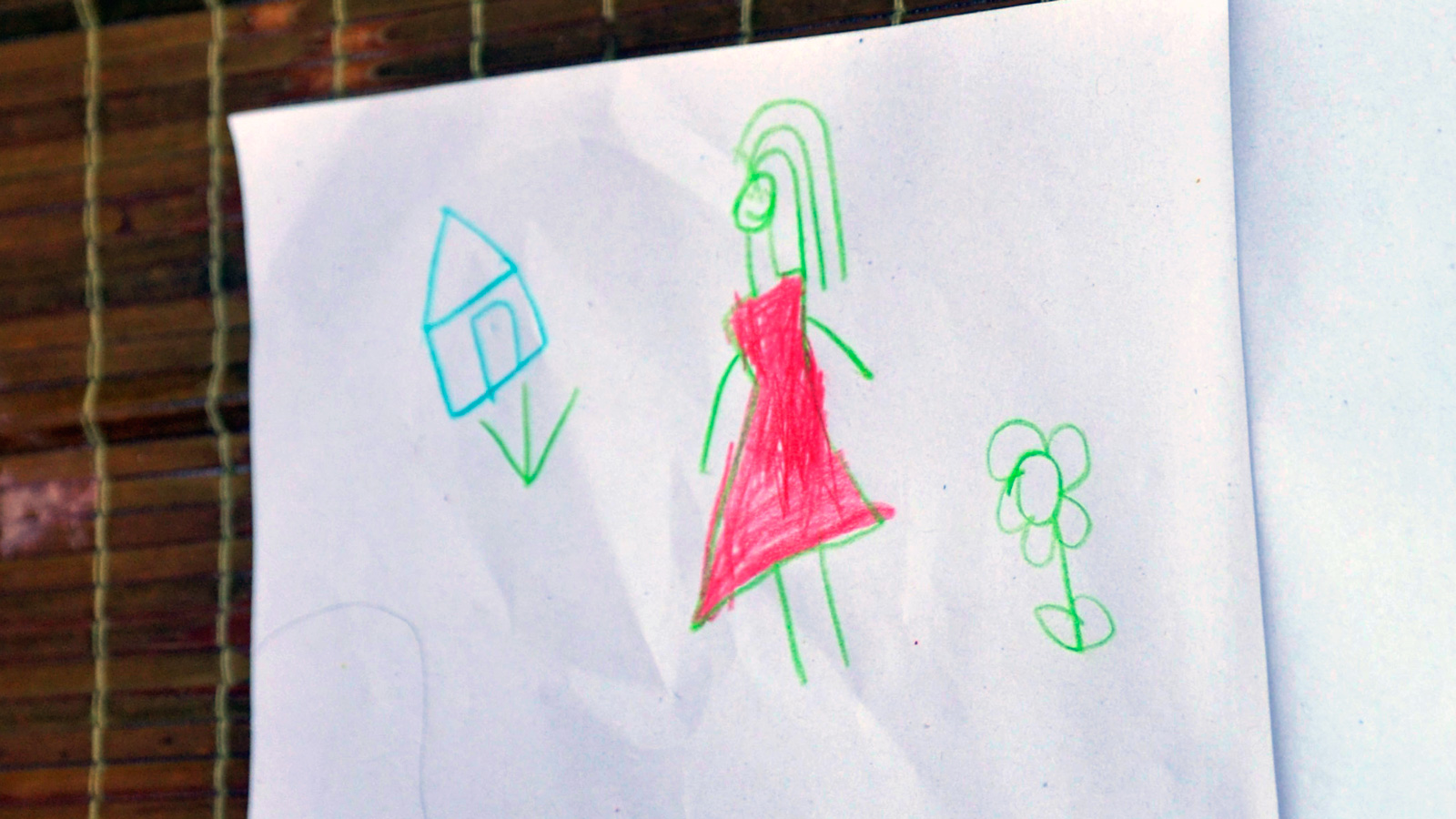 Both Chuchen and Chunlu have wristwatches that allow them to see their parents’ faces during phone calls. Her brother wears his everywhere, but Chuchen treasures hers too much to risk losing or breaking it. She also worries that it might make noise during class. So she leaves her pink watch safely at home when she goes to school. 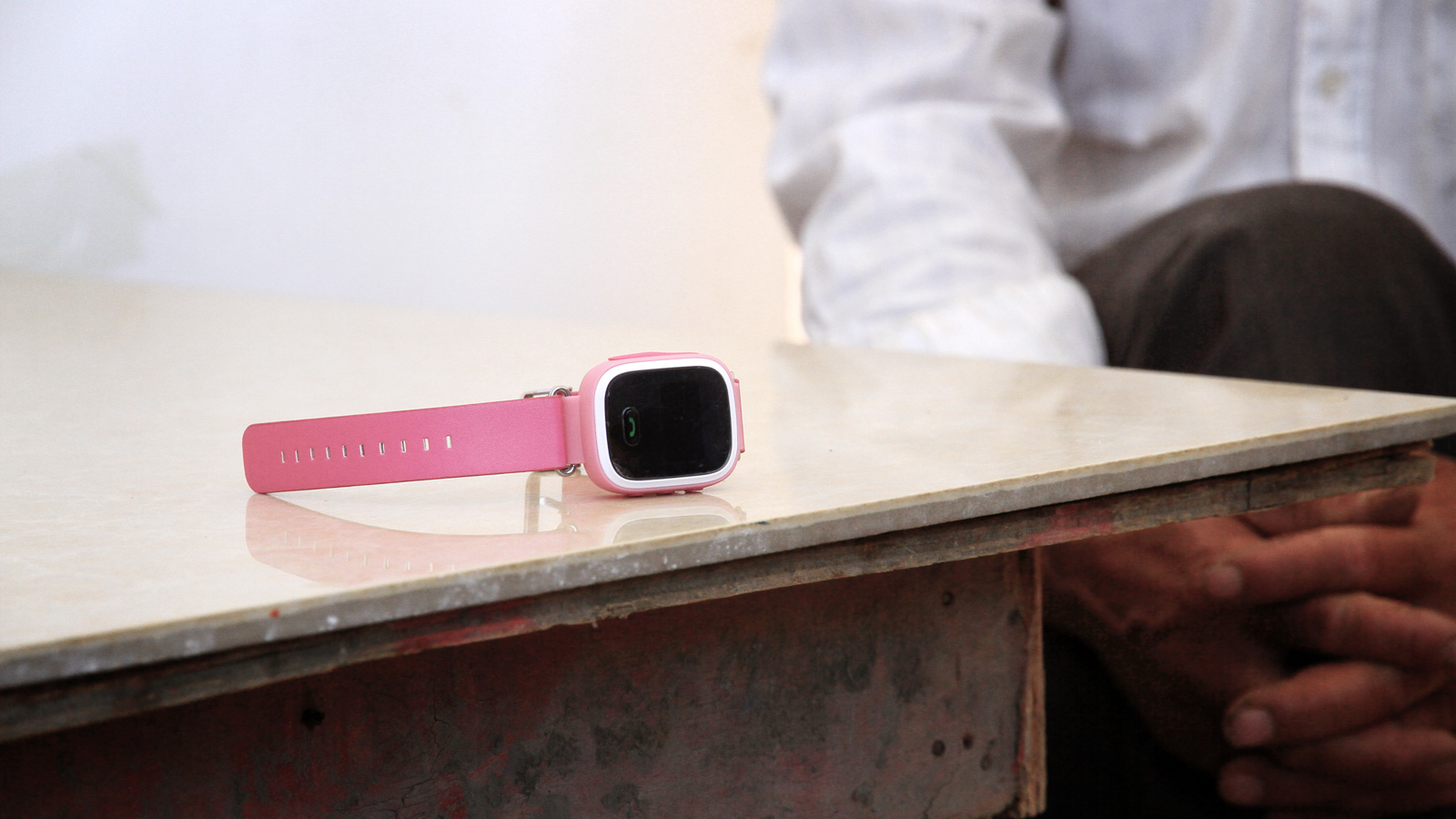 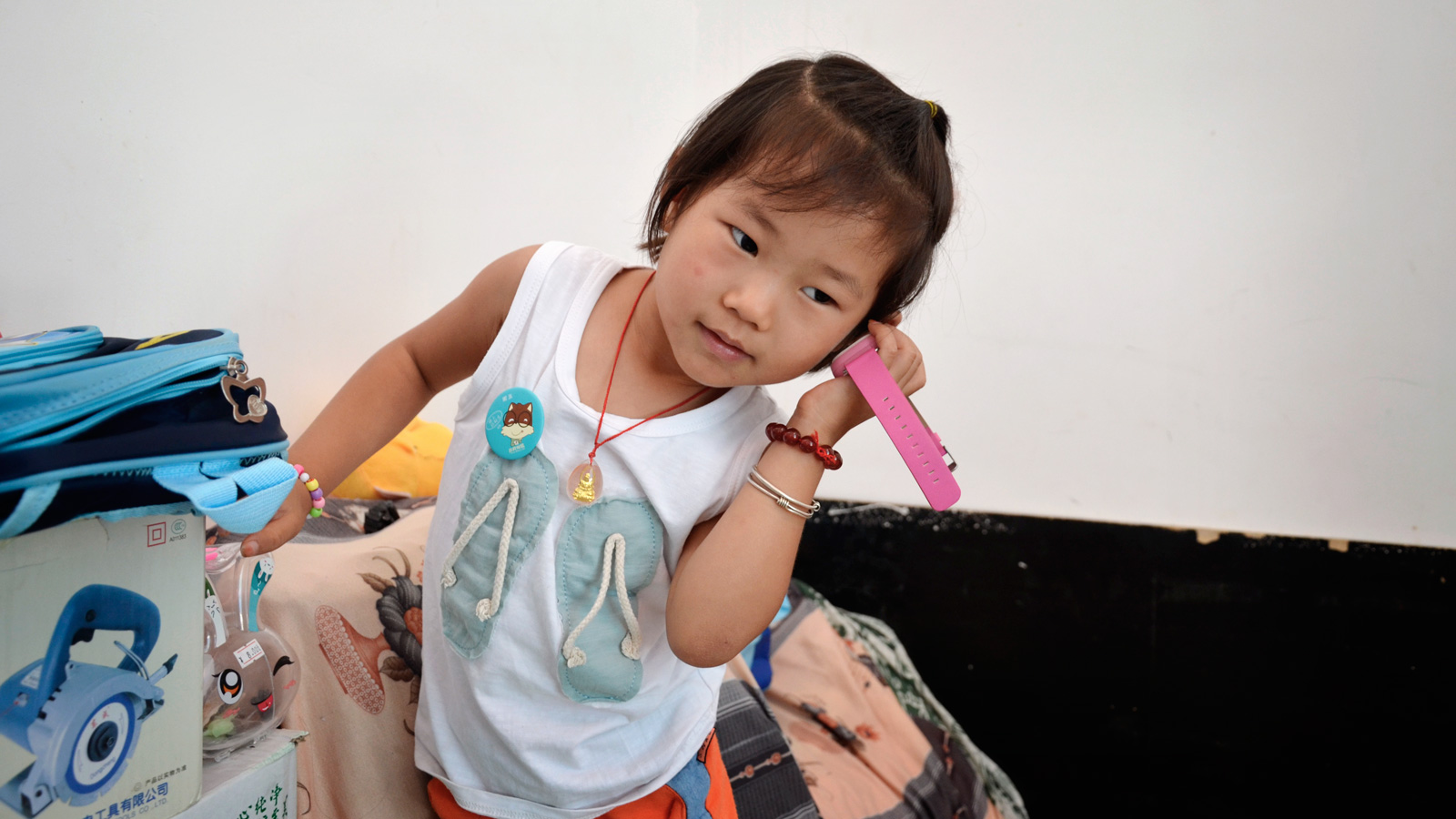 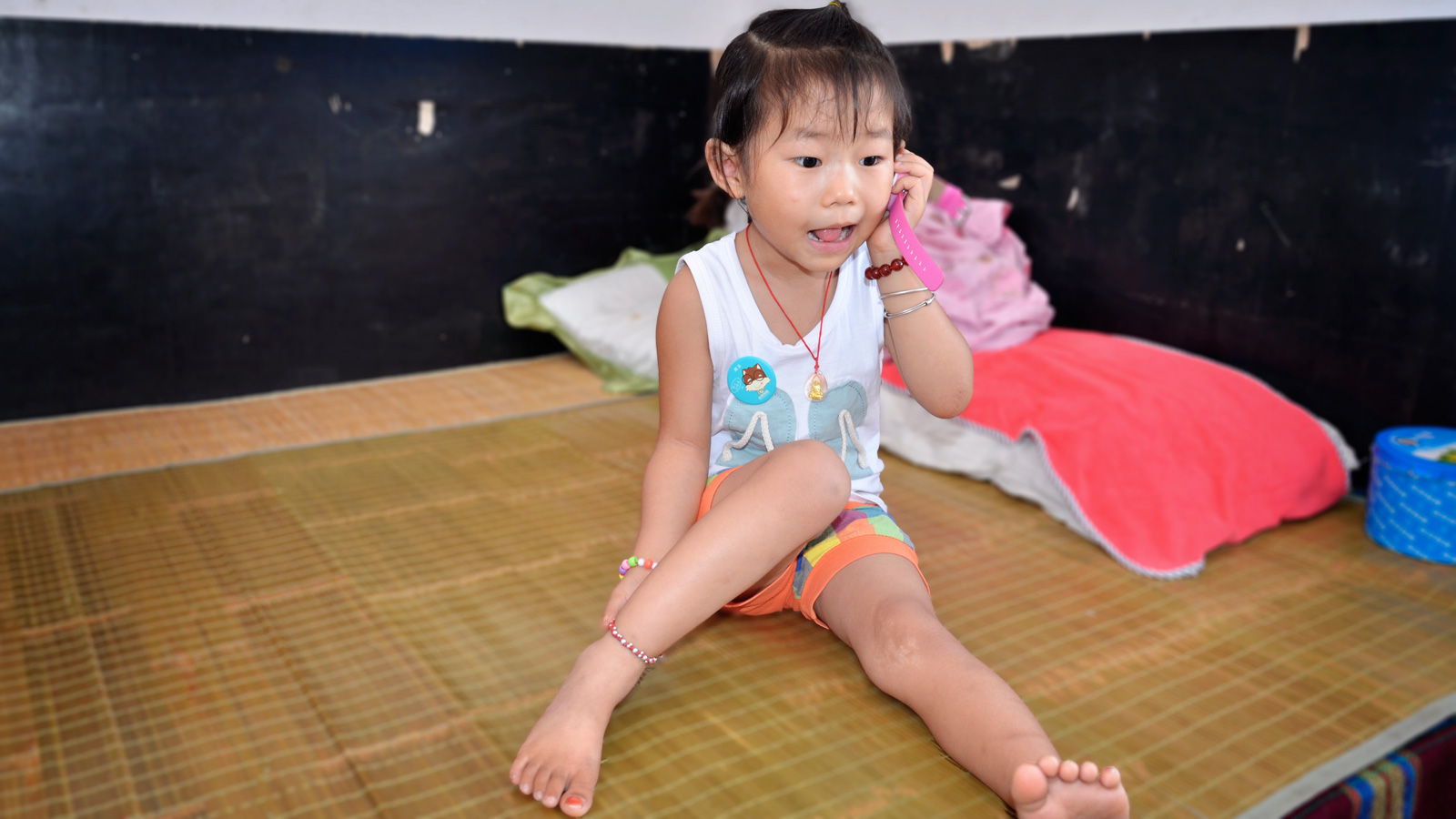 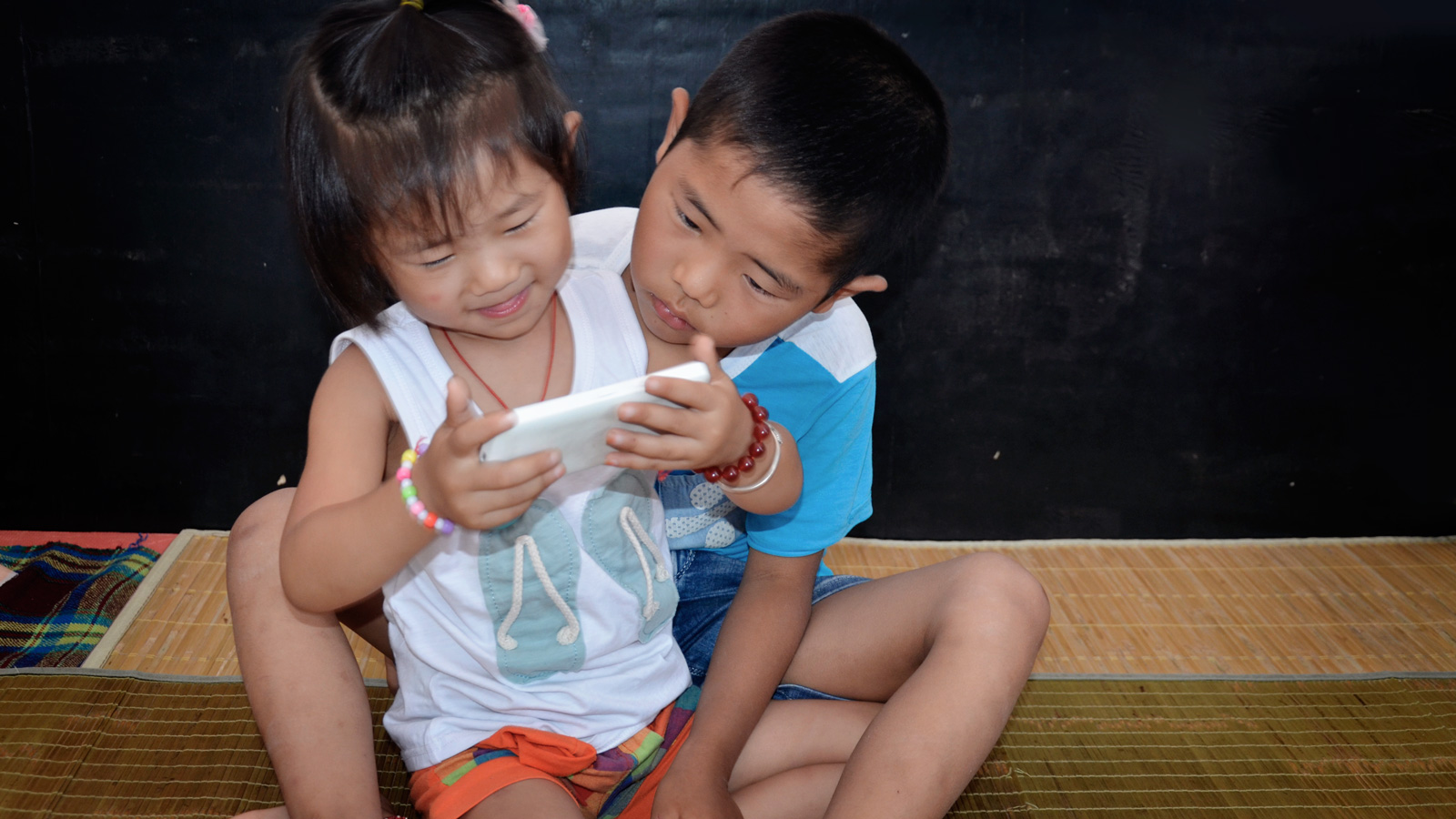 They both have bicycles, and together, they ride around the dirt roads by the fish pond. 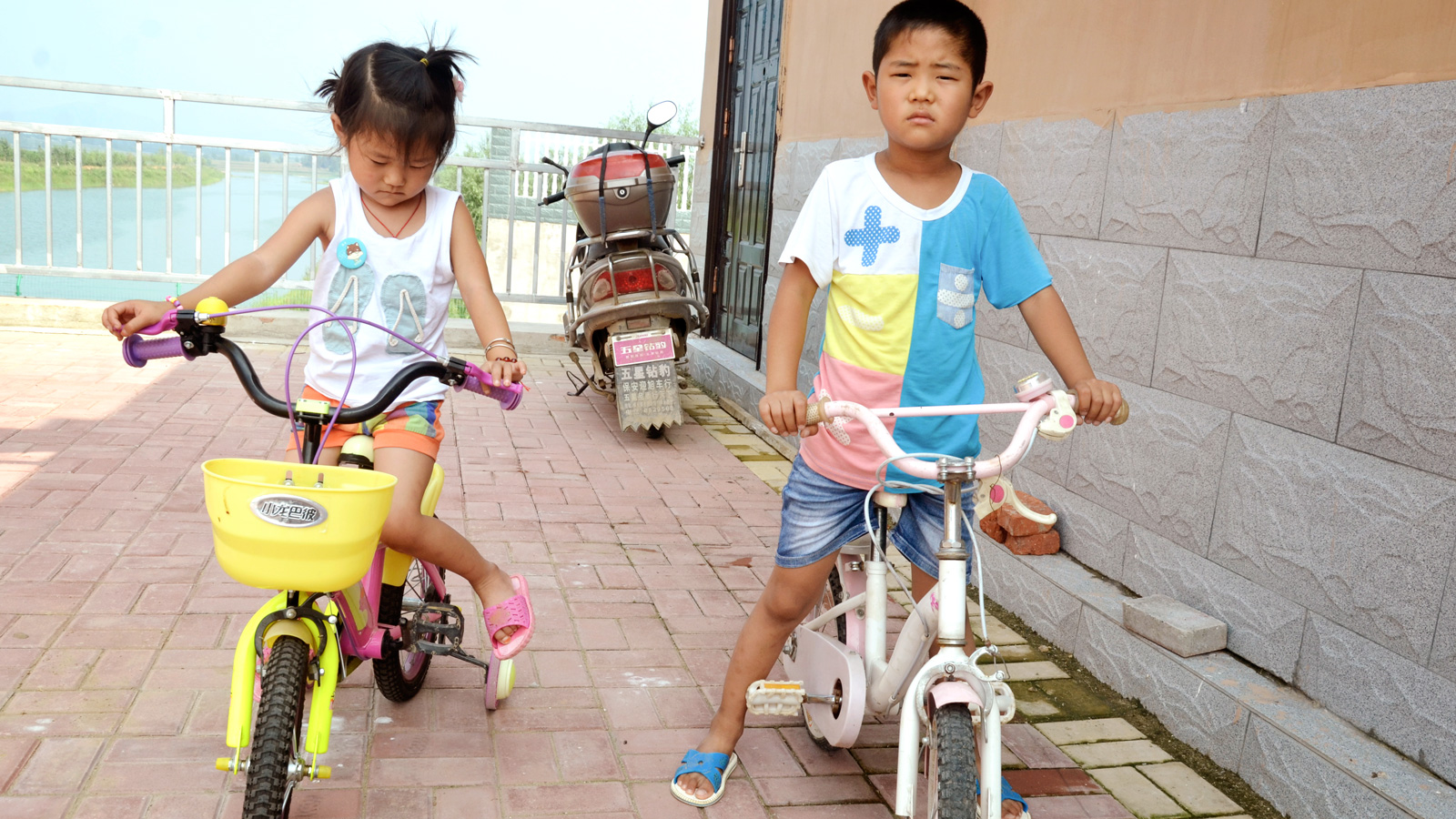 Sometimes they get out paper and crayons and draw together. Chuchen likes to draw her whole family, all together again. 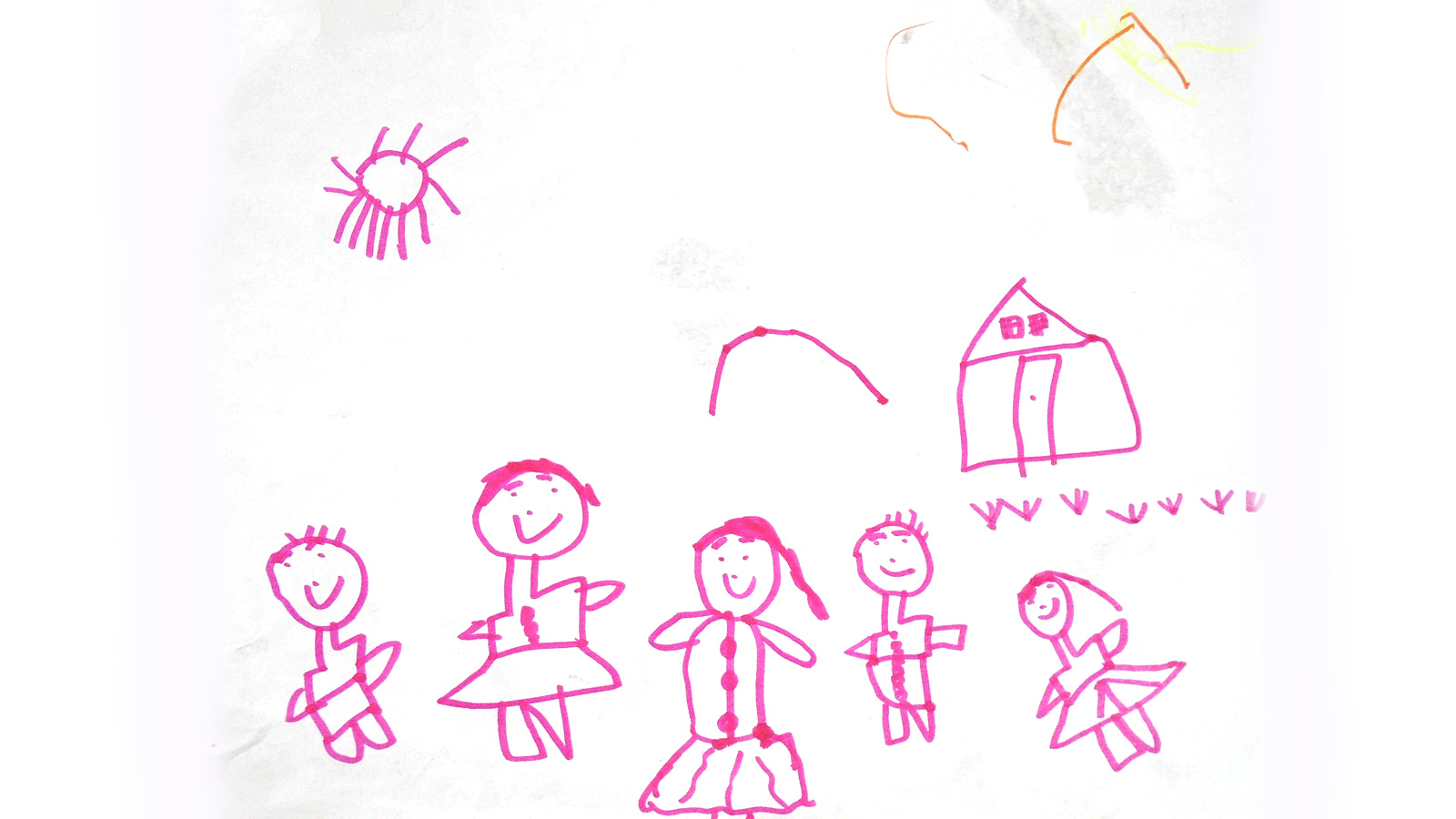 Chuchen loves to go to school and does well, learning her numbers and her colors easily. She likes to count the beads on the bracelets and necklaces her grandmother makes for her. She also loves building with blocks, creating tall castles. She’s very serious, stacking the colored blocks just so. 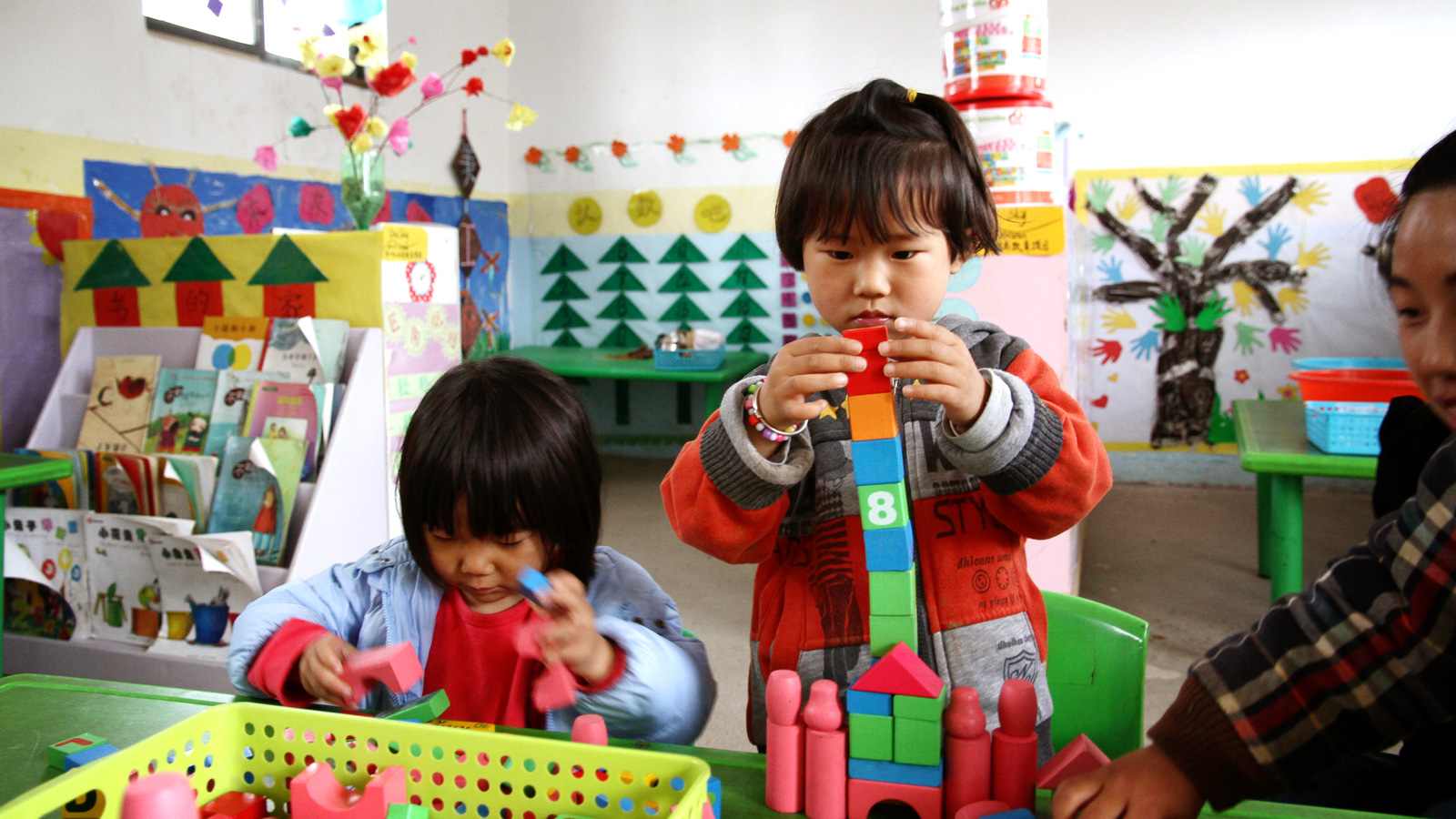 The loving relationship between Grandma and Chuchen runs both ways. When Grandma was sick, Chuchen stayed home to care for her. She became the comforter, even reassuring her mother that everything at home was okay. “Don’t worry, Mama,” she said during a phone call, “Grandma is feeling better now. Everyone is okay.” 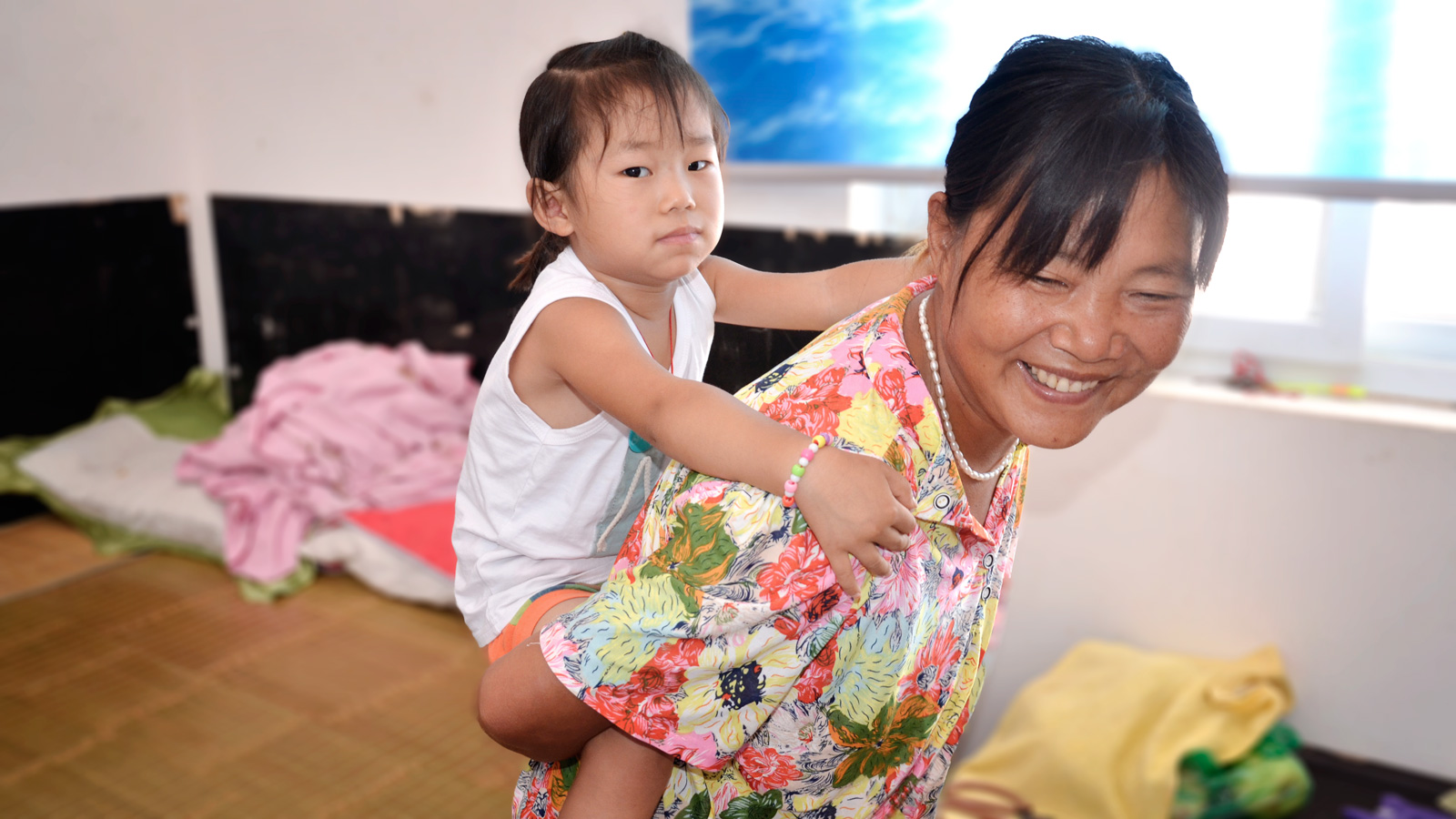 Harvest time is coming soon, and this year Chuchen’s parents have promised to come home and help. Like the beads she counts on her bracelet, Chuchen is counting the days.

The Rooster Has Crowed!!

A New Family
Scroll to top