When night falls in the village,

a little boy named Wenzao crawls into a cozy space at the foot of his grandmother’s bed. There’s a matching spot at the foot of his grandfather’s bed where his brother Hong sleeps. But that spot is usually empty these days. Hong is six years old now, attends school outside the village, and comes home only on the weekends. When his brother is gone, life feels pretty lonely for Wenzao. He’s apt to withdraw and curl into a little ball—or lash out in anger. 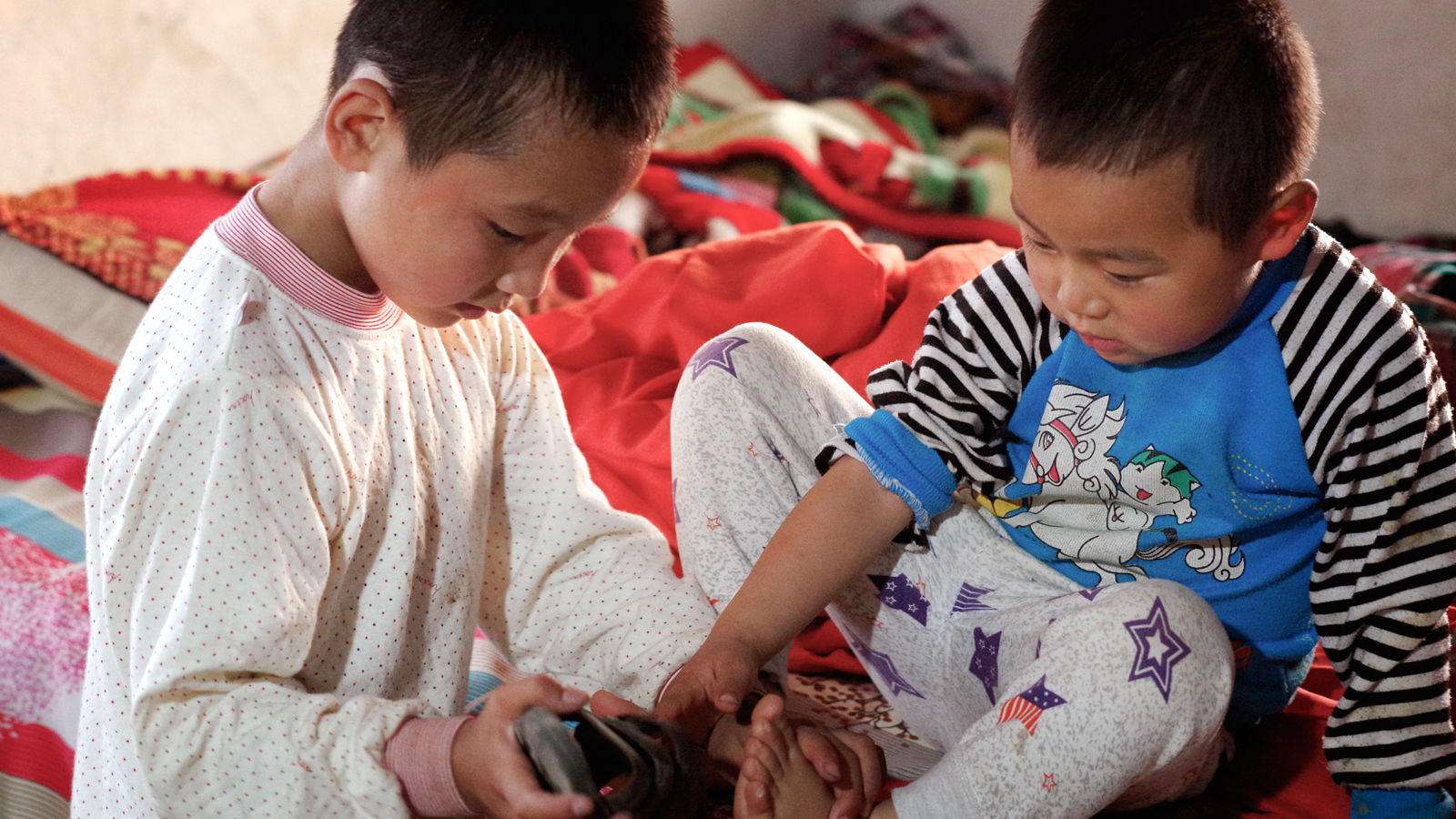 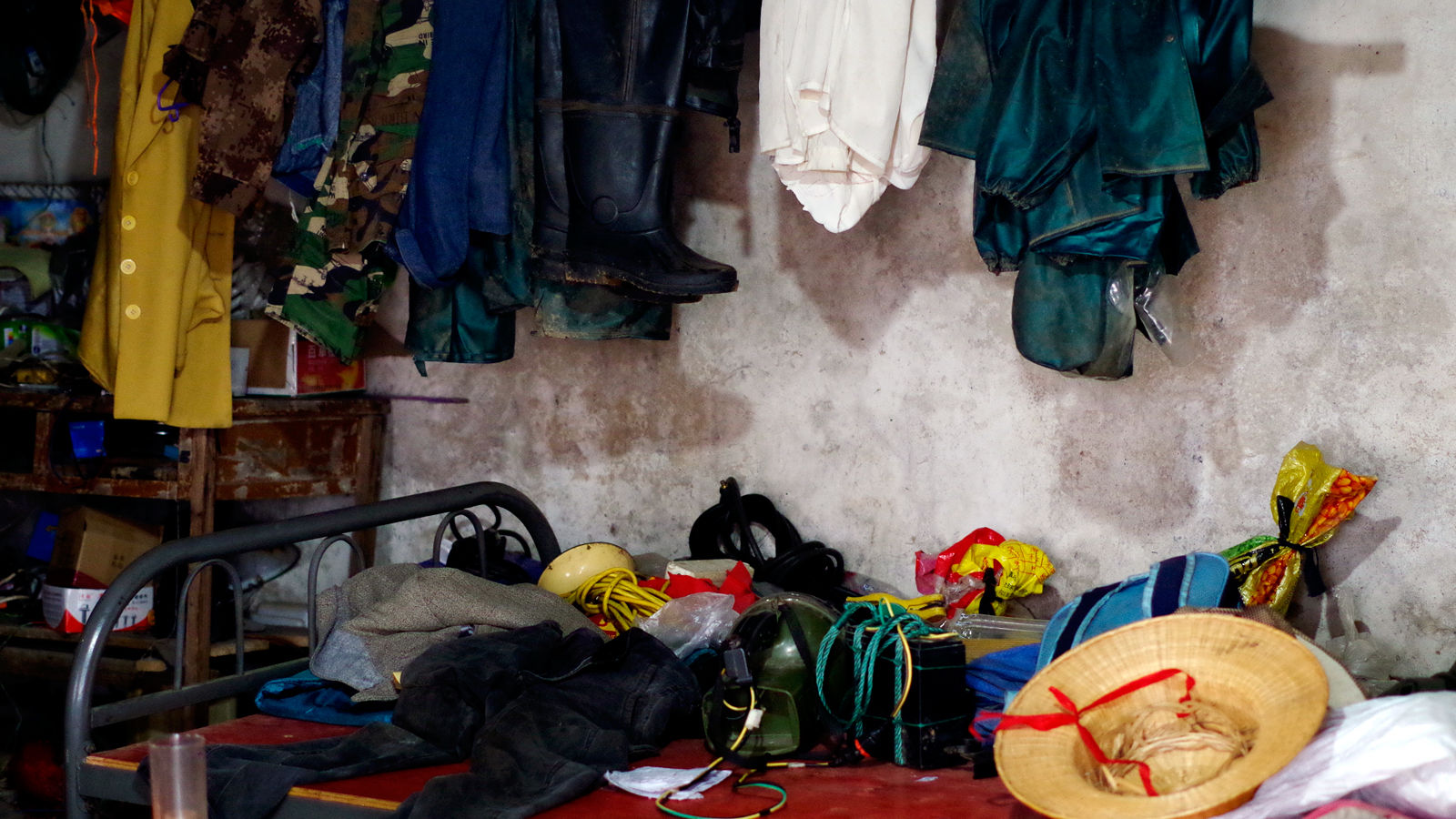 Wenzao is not quite four years old. Two years ago, the boys’ parents divorced, bitterly, and his mother left the family. She’s come back only once since then, when she surprised Wenzao at school, and brought him a kite and some clothes.

Wenzao misses his mother, but his brother just looks down and kicks the dirt when her name is mentioned. Hong is old enough to remember a terrible time after their mother left, when their father, who works in a city to the south, was so angry he burned all the family pictures of her. 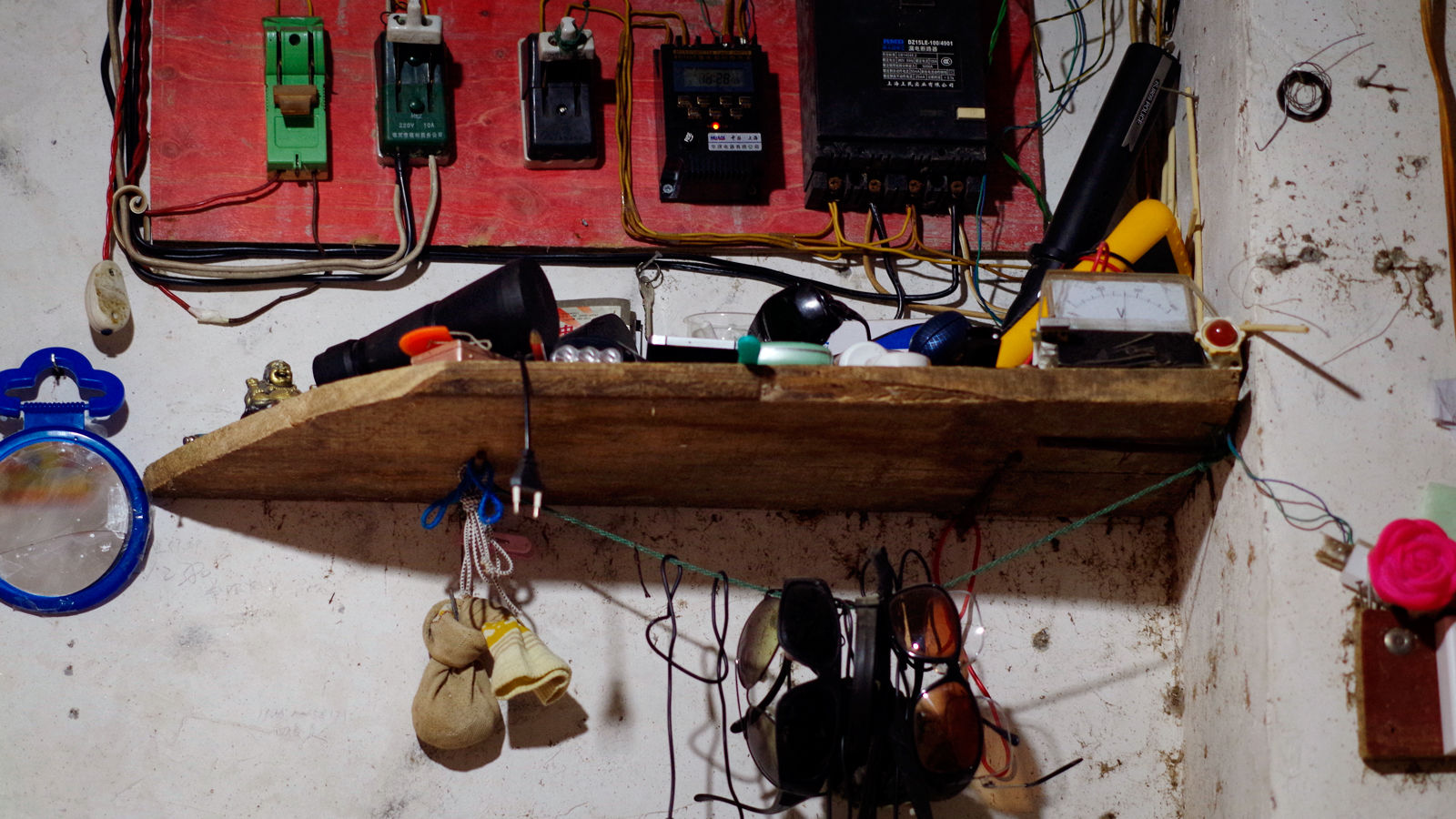 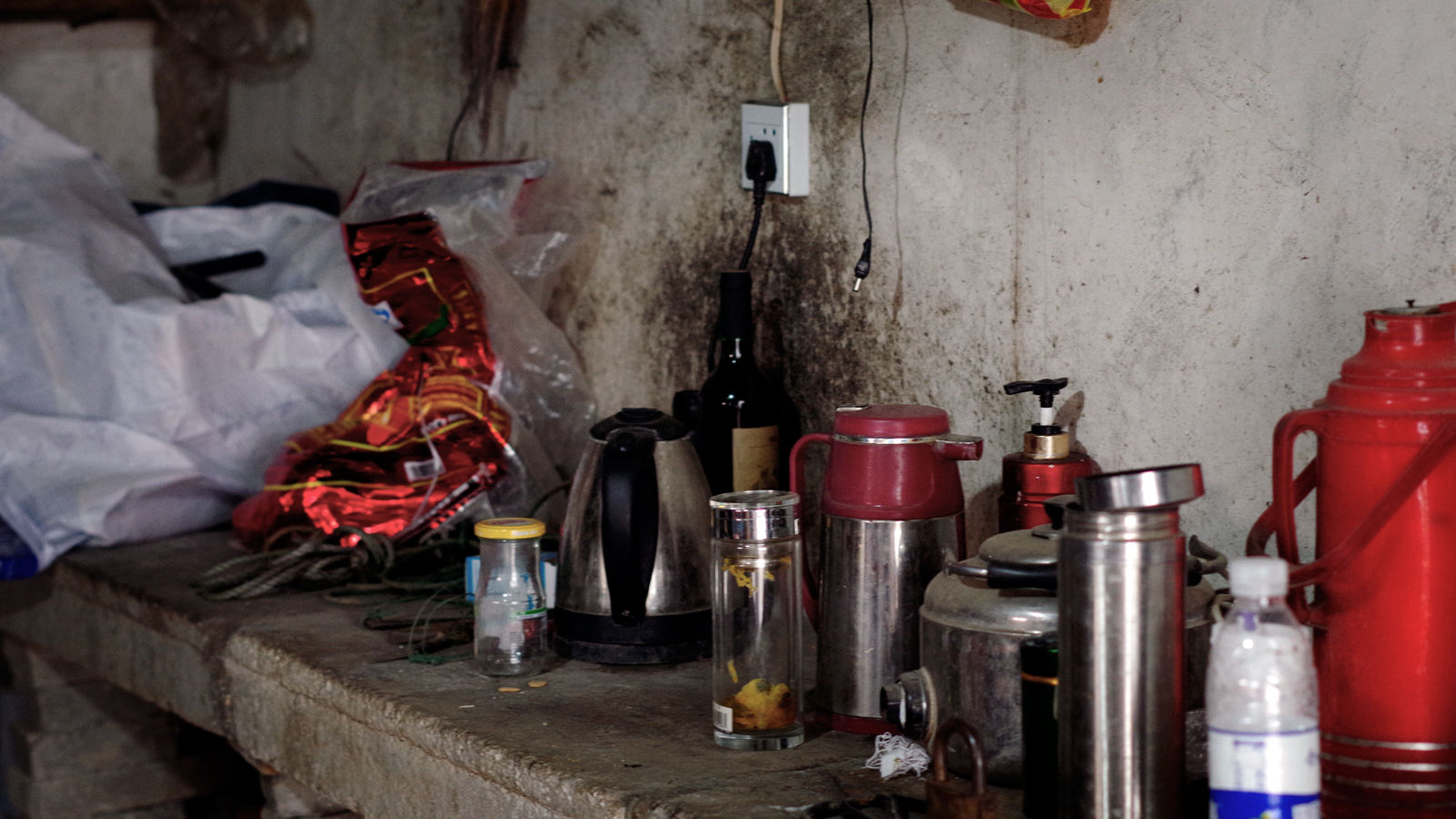 When the brothers are together at their grandparents’ house, they watch their favorite show together: “Armor Boy.” They like to imitate the superhero’s poses. Strong stance. Fists at the ready. So tough and invincible no one can hurt them. 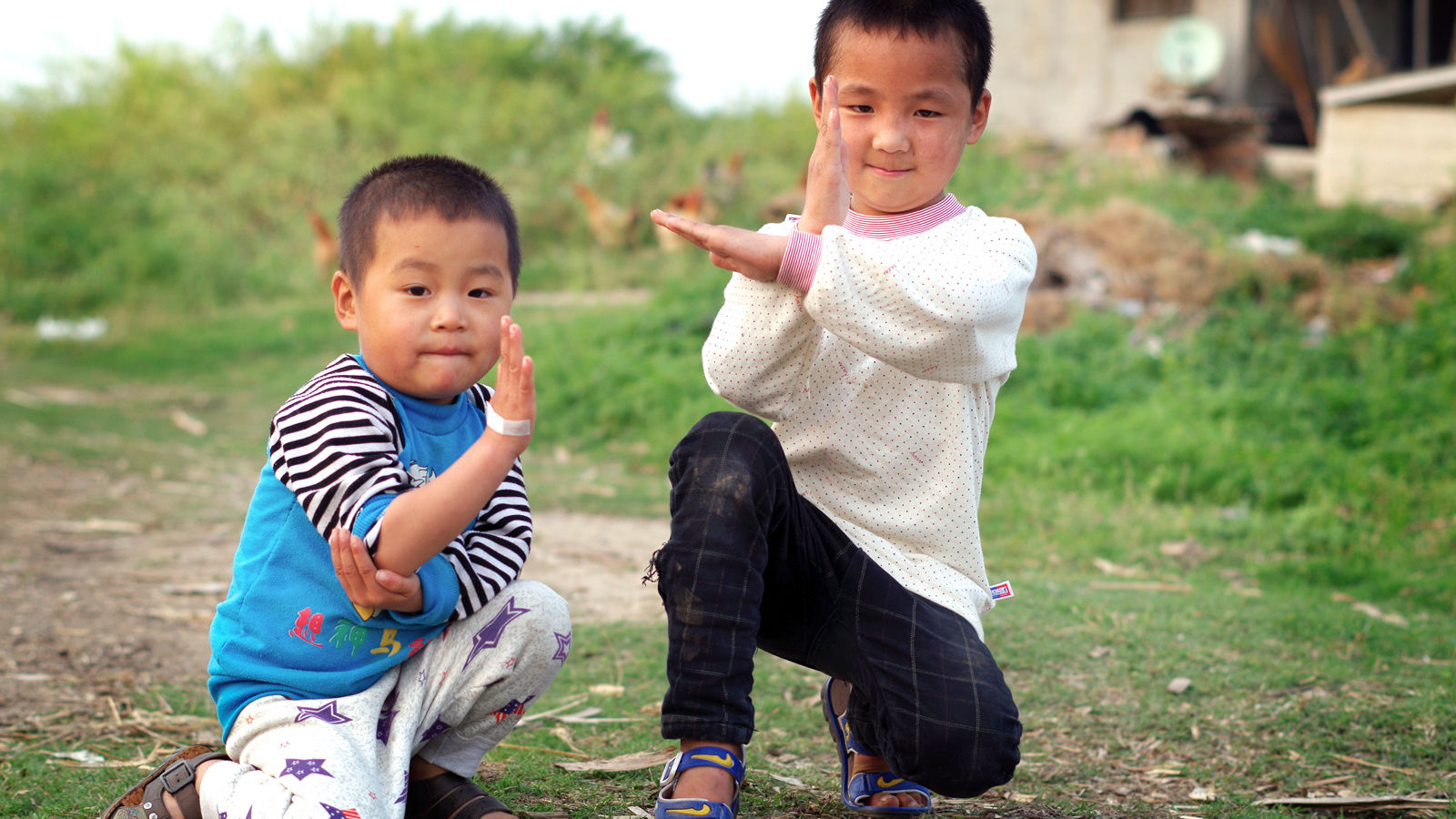 Wenzao looks forward to his father’s periodic visits. His father does what he can with Wenzao, urging him to behave better, telling him to help his grandmother with the dishes and other chores.

Often the grandparents go down to the river to work, where they stay in another little house on a fishpond. While the grandparents fish and farm and do chores, Wenzao is free to roam. But when a teacher made a home visit and saw the child along the riverbank without any adult supervision, she became concerned. She feared for Wenzhao’s safety as well as his emotional well-being because he is so isolated. 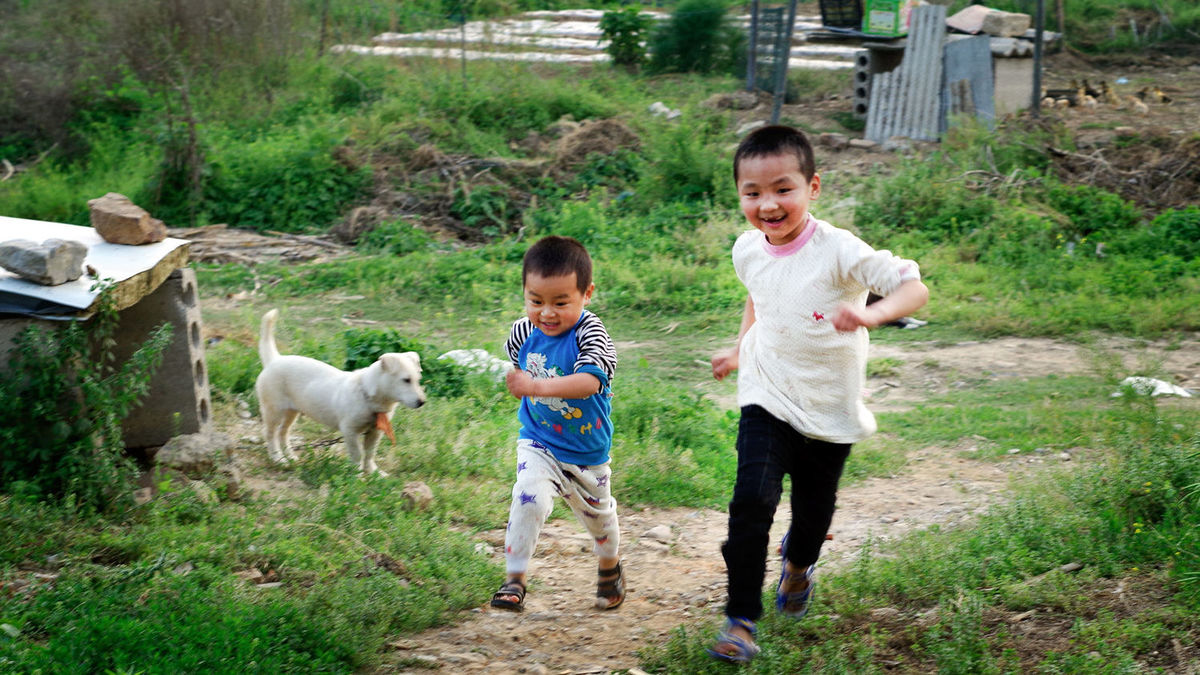 But when Hong is home from school, he, too, goes down to the fishpond while the grandparents work and the brothers play together all day long, running along the river, racing to see who’s fastest. Sometimes there are even quiet moments, when they pretend to be meditating monks! One of Wenzao’s best memories is awaking from a nap to find Hong there waiting for him, ready to play. 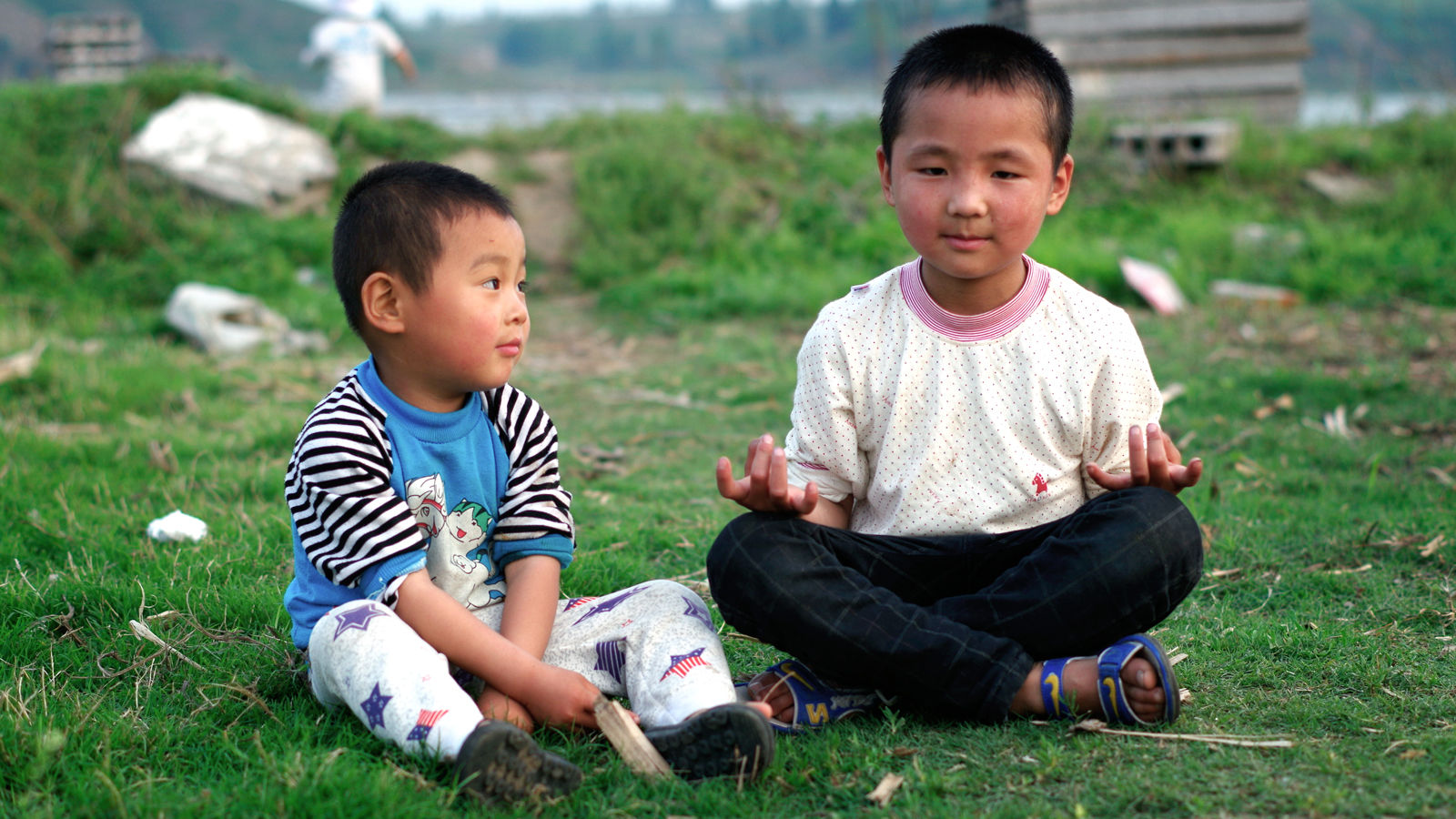 Usually, though, Hong is away at school, the grandparents are just too busy, and Wenzao is left alone. So it seemed a stroke of luck to Wenzao’s grandparents when OneSky’s preschool opened. His grandmother prepared to send him off for the first day of school.

It didn’t go well. At first Wenzao cried and refused to go. His grandmother insisted, but once he got to the classroom, he withdrew into silence. He didn’t want anyone near him, and if other kids even touched something that belonged to him, Wenzao flew into a rage. Once he got going, it was difficult to calm him down.

The teachers were concerned. They wondered whether Wenzao might be autistic. At the very least, he was deeply troubled. With his tough exterior, it was hard to tell what was going on inside. 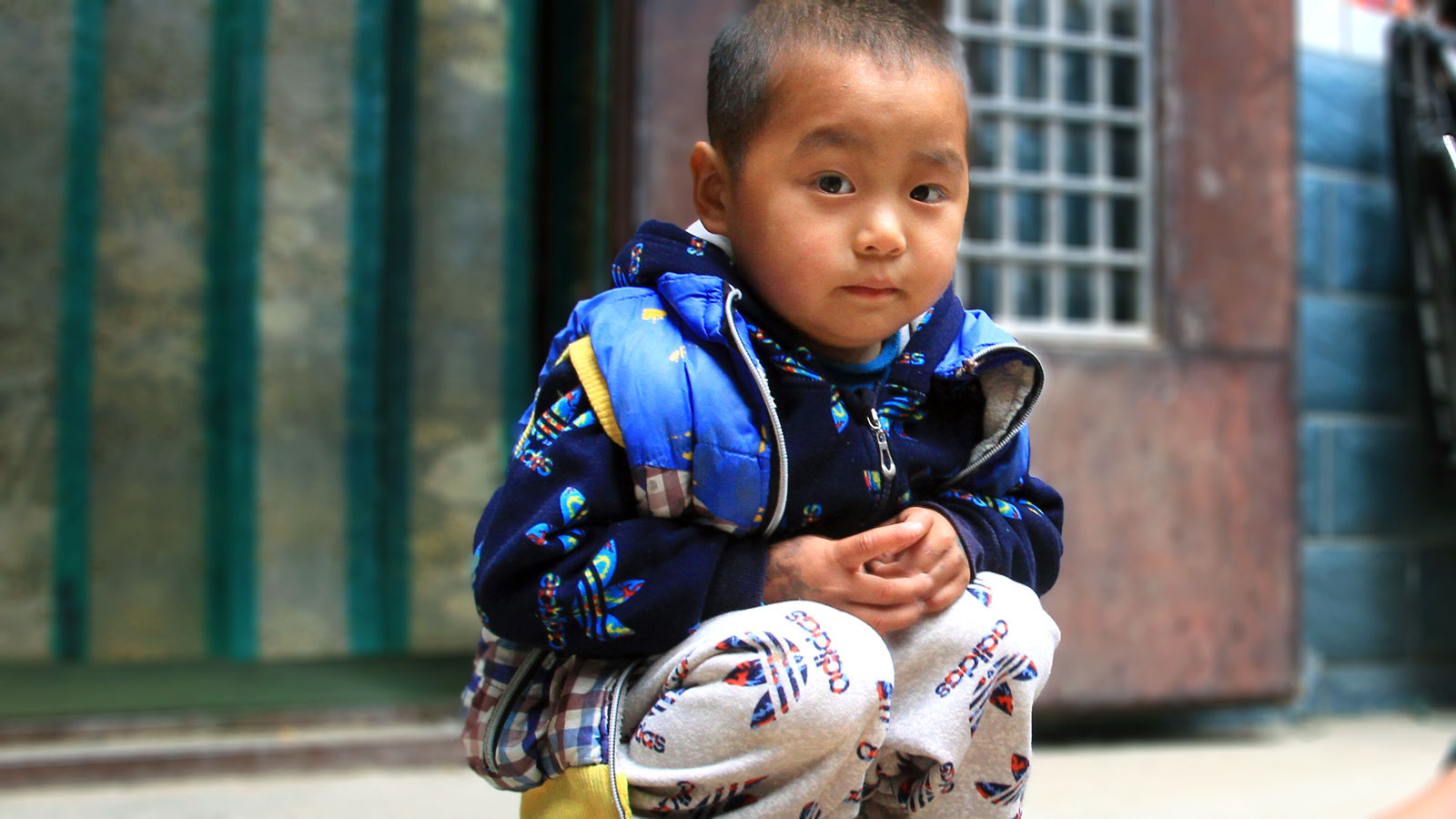 “He seemed just like a little hedgehog,” said his teacher. Like the hedgehog, who rolls into a ball, fending off the world with a show of sharp spines, Wenzao retreated into himself, pushing people away with bursts of anger. He seemed to alternate between having a meltdown, or sitting in a daze.

The teacher watched Wenzao and could guess that a hurt and frightened little boy was hiding behind that scowling face. She knew that the small ci wei—which is Chinese for hedgehog—needed a lot of help. And she knew that her work had just begun. 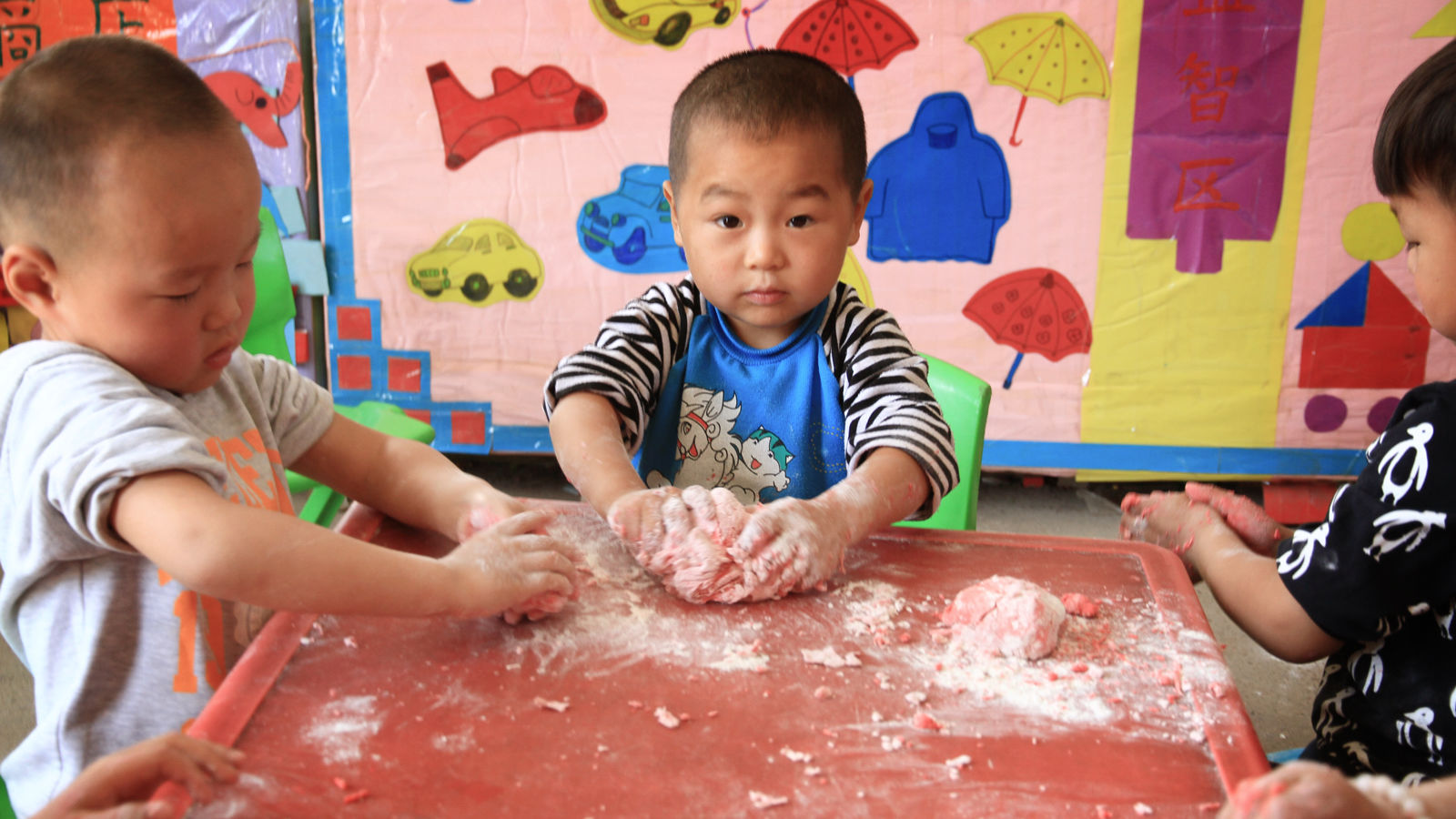