Suozhu is a warm-hearted 16 year-old boy who likes math better than any other subject.

This quarter I worked with Suozhu, who is developmentally delayed, to help him learn the value of coins and bills through a game I made up. First, I had him pretend to be a shop owner and count the money he earned. Then, when he told me the correct answer, I let him keep the money. Finally, we went shopping at the grocery store where I reminded him to look carefully at the price of each product to see if he had enough money to buy what he wanted. 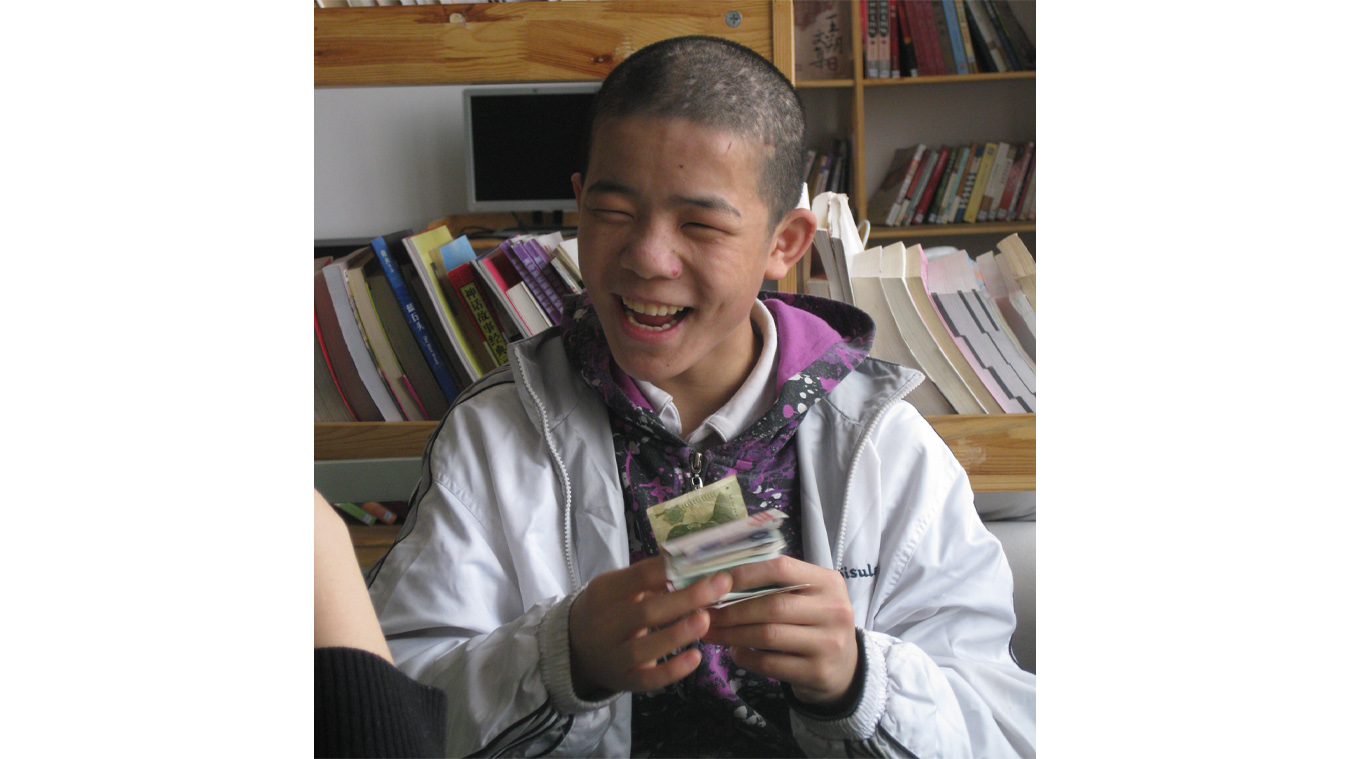 After practicing our game for a while, Suozhu now knows what many things cost at the store. He also knows how much money the bus costs and can put the correct coins in the slot before getting on the bus.

One day, Suozhu helped someone find the correct amount of money for the bus. When I asked him how it felt to help someone, he said, “They needed help, so I had to help them.”

That’s when I realized that Suozhu had not only learned the value of money, but had also gained self-confidence in his ability to learn, explore the world, and help others.

I am really happy about his progress.

In BingBing’s Hands
Scroll to top