XingYou was admitted to the China Care Home last year when he was only one and a half months old.

Though he has always had healthy-looking chubby cheeks, XingYou was born with complex heart defects including two ventricular septal defects, pulmonary stenosis and patent foramen ovale.

Because his Beijing doctors said it was too risky to do heart surgery on tiny XingYou, he stayed at the China Care Home while waiting for surgery. He needed oxygen periodically, but otherwise grew well under the watchful eye of our nannies.

At first XingYou was very serious, but soon he began to smile when his nannies called his name. When he lay under the baby gym, he would pull the toys that were hanging on it. Then he would stop and listen to the rattling sounds.

XingYou became very attached to his nanny; when strangers wanted to hold him, he would hide in her arms. All of our nannies spent a lot of time helping him practice sitting until he learned to sit by himself for awhile. When he’d had enough sitting, he would raise his arms so his nanny would hold him. 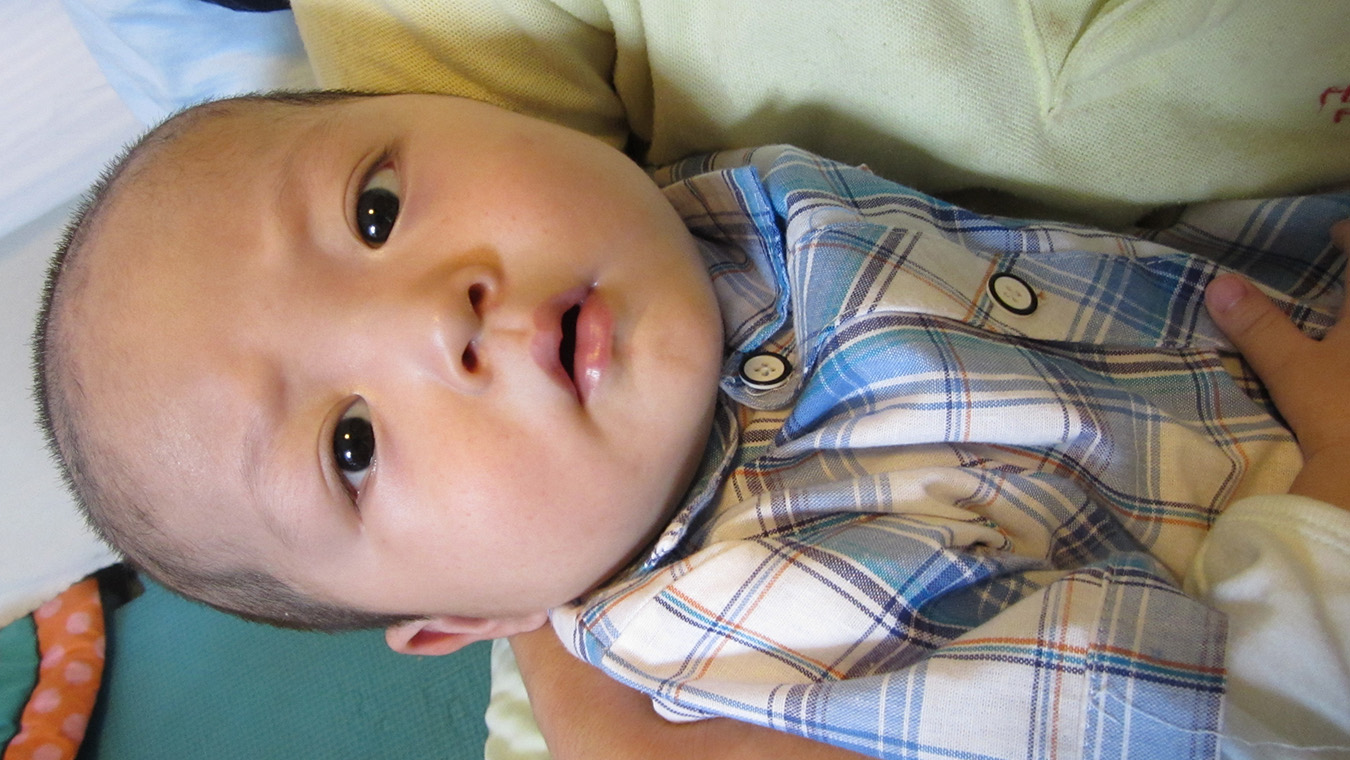 The doctors were so pleased with XingYou’s growth that he was able to have heart surgery right after Chinese New Year. When he came back to the China Care Home to recuperate, he was very weak. But he is getting stronger every day and his oxygen concentration and heart rate are normal.

XingYou is due for another checkup soon, but now that his little heart has been repaired, we trust that he will continue to grow bigger and stronger.

A Mom and Dad of Her Own
Scroll to top