OneSky Family Mentor Liu is very comfortable welcoming children to our Family Center and visiting families at home, but she was a little nervous when she first picked up a paint brush…

Liu’s scary artistic endeavor was painting colorful murals on the walls of houses to let passersby know about our new programs for the children. After the first house gave Liu and other Family Mentors permission to paint, she took a deep breath and dipped her brush in a brand new bucket of paint. “Right away, we experienced the hardships of painters!” says Liu. “The paint flew everywhere!”

As the little group was splashing away, an older man wandered down the path and offered to help because, he said, “The children at the OneSky Family Center are developing very well. They are more confident, optimistic, and lively.” With great enthusiasm and confidence, he went to work, saying, “Just leave it all to me!” Soon they decided it was time to get a little bolder. “We drew a house and a green leaf,” says Liu. “The day just flew by.” 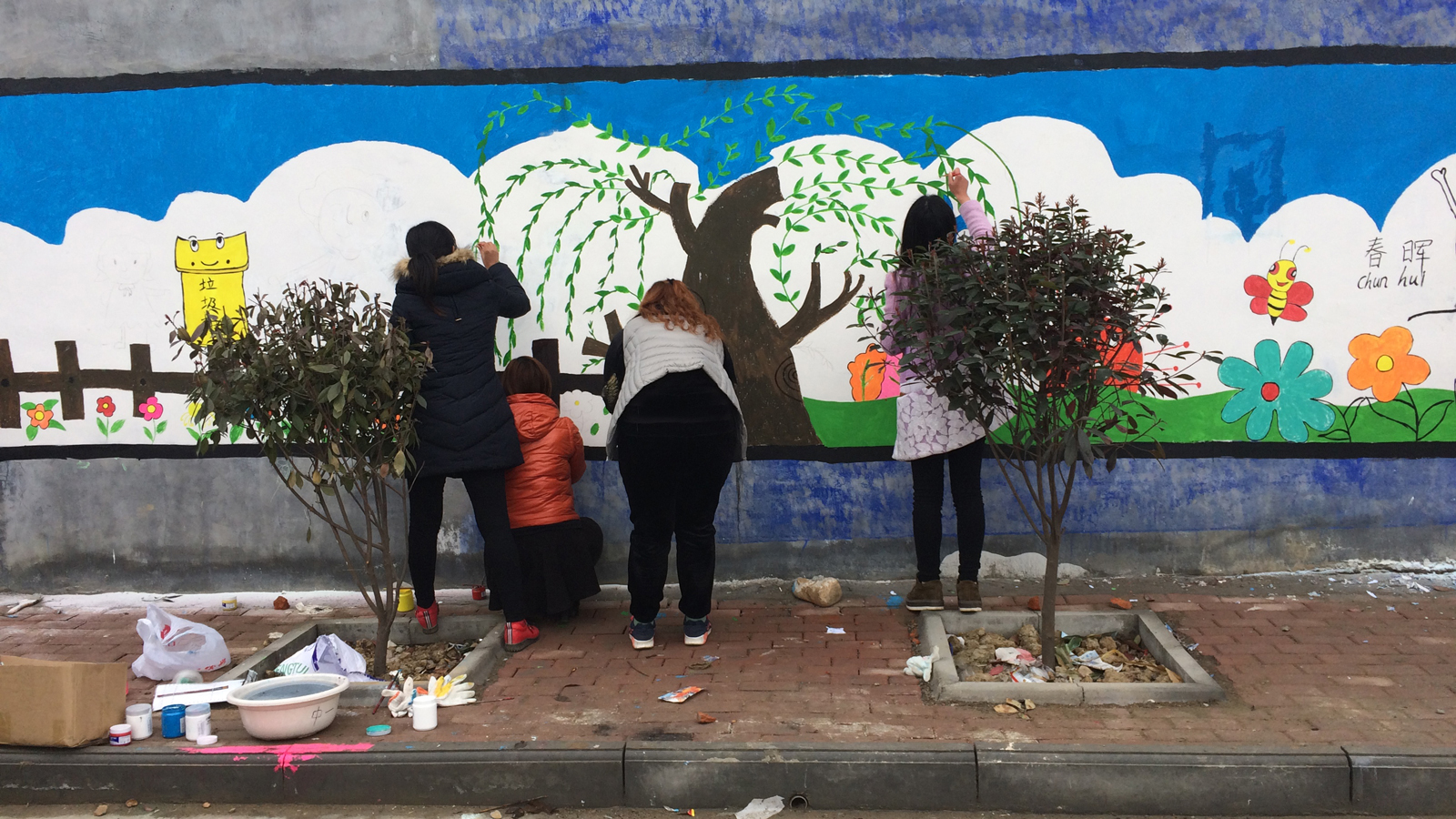 The next day when Liu showed up to paint, some villagers were already there wanting to help. “I was surprised,” says Liu, “but I learned later that a lot of parents wanted to help after hearing that the Family Mentors had been painting the walls. I was deeply moved.”

One of the new volunteers was a young boy, who dipped his brush in green paint and carefully painted some grass on the wall. “My younger sister goes to the Family Center,” he told everyone. “She’s become much more talkative and adorable. Therefore, I want to make my contribution.”

Thanks to all the volunteers, the murals became more detailed: one volunteer added grapes, another brushed in some flowers, another small figures of children, including one holding a balloon, and another a castle. When the walls were all complete, there were a few final touches, including some Chinese calligraphy to explain what the wall painting was all about. 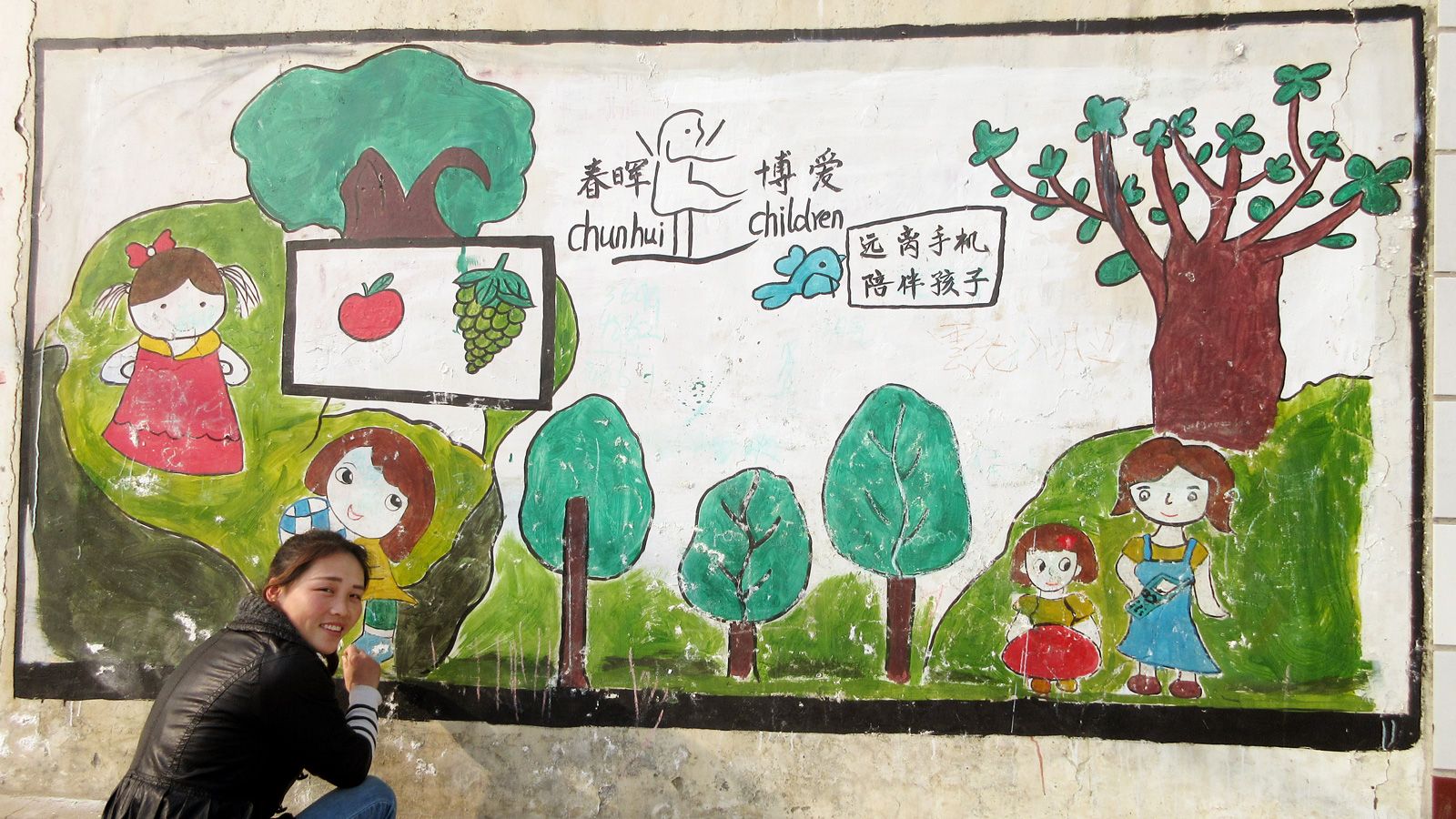 When the last character had been brushed, Liu looked around at her fellow painters and realized they were all covered with as much paint as she was. “They looked like paintings themselves,” she says with a giggle. As everyone cleaned up, all the volunteer painters felt a deep sense of accomplishment, especially Liu: “As I walked home, I was so touched by the support of the villagers. It proved they value our work, and we were inspired to work even harder next year in order to repay them.”

Year Two in the Village
Scroll to top