Blog - Latest News
You are here: Home1 / Blog2 / JianPing Made His Own Decision

The first time I met JianPing, he was reading the text and trying to recite it.

I was going to test him to see if he could recite it. However, he cried suddenly. I was surprised and asked him what happened. He said he was sad because he could recite the text. I comforted him and told him that he could try one by one paragraph, but he just cried more hardly. I decided to let him cry to let out himself. After a while, when the classroom was only us, he stopped crying and began to read the text again. I sat beside him to accompany him quietly. He recited the text one paragraph by another. After each one, I would praise him and encourage him. 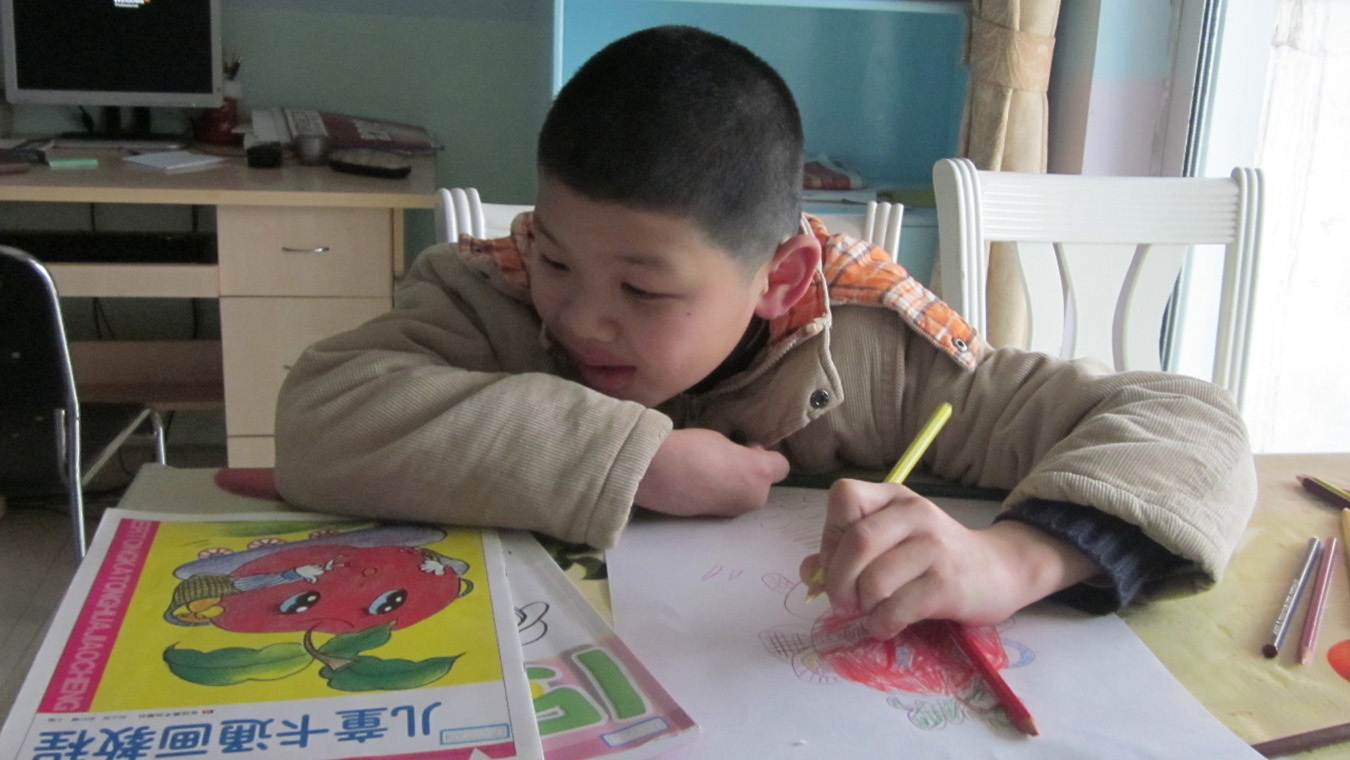 Later, I talked to other teacher about JianPing, whom was often like this-cry easily under a little pressure, according to the teachers. He was timid and introvert. He did not dare to walk alone from school to the orphanage. I decided to help him overcome this.

I had discussed many times with his teachers and also with JianPing’s assent, applied for a writing training class outside the institution. I wanted to train his social ability and independency. I walked him to the training school and picked him up after class and walked him back to the orphanage the first three times. Every time I taught him carefully about how to take bus, how to cross road and remember the route. The fourth time he went to the class by himself. He had also made process in writing of course. All the people were surprised at his progress and he won “the star of progress” in school as well.

However, one day JianPing went to me and said he wanted to quit the class. I was surprised and asked him why. His reason was?“I do not find writing interesting at all. I don’t like it.” I did not take it for serious the first time I heard it. But JianPing insisted on his decision. I went to his school and talked to his teacher, who did not tell any actual reason that might cause JianPing to quit. I asked JianPing several times and everytime he was very sure and the reason was the same. Suddenly I felt I should respect his choice and decision. He has grown up and should have his own position and point of view.

An Extraordinary Child
Scroll to top