When 9-year-old ZhenHao first arrived at the China Care Home, he was not happy because he didn’t want to lie in bed all day long even though his doctors prescribed bed rest after surgery for a recurring ulcer on one of his buttocks.

ZhenHao, whose legs are paralyzed, at first spent all day playing video games or watching cartoons he brought from the Wuhan institution—he seemed addicted to them. When his foster mom asked him to stop to have a rest, he would lose his temper and cover his face with the quilt, not talking to anyone. All he wanted to do was play video games. 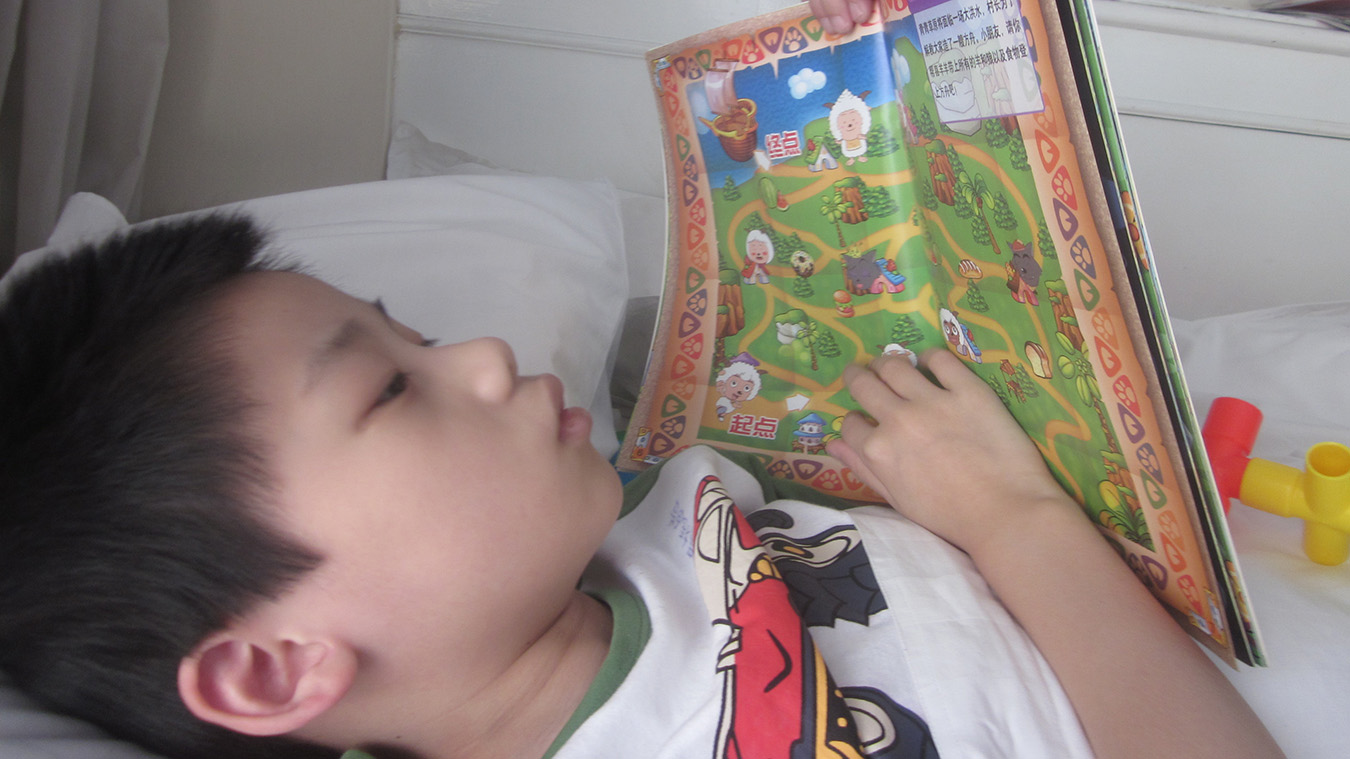 ZhenHao’s foster mom kept telling him all the games and cartoons were not good for his eyes and tried to start some conversations with him to divert his attention. Meanwhile, our preschool teacher designed some individual activities for him and brought some toddlers into his room to play with him. Gradually, he started interacting with others and playing games less.

ZhenHao’s wound healed gradually day by day, thanks to the staff’s professional care. We took the doctor’s advice and began to help him sit up. He was happy not to have to spend his days in bed and started sitting at a table to do some reading, writing, drawing or handicrafts. He also made three good friends– they played games together and always had a lot of fun. 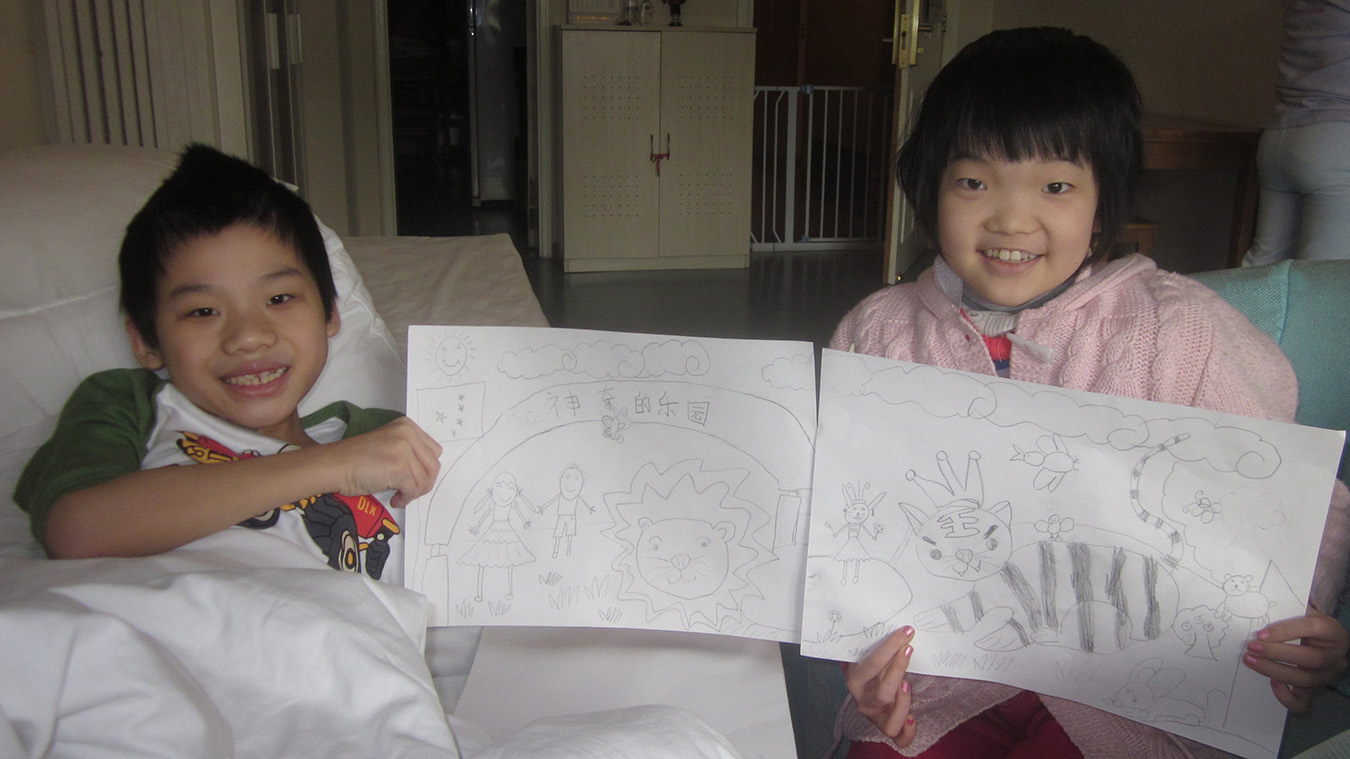 ZhenHao also became more willing to share his feelings and emotions with others. At our third anniversary celebration party, he told a story about “Journey to the West,” a famous Chinese myth. He was not nervous in front of the crowd and spoke clearly and logically. His performance won him rounds of applause.

Recently ZhenHao was pronounced fully recovered from the surgery, so staff from the institution came to pick him up. We were sad to see him go, and ZhenHao was sad as well because, as he told his foster mom: “I like this place and also the people here very much.” We know ZhenHao won’t have an easy life because of his leg paralysis, but because he is such a happy and grateful boy we trust he will have a good life.

HanQiao Learns He too can be an Artist
Scroll to top