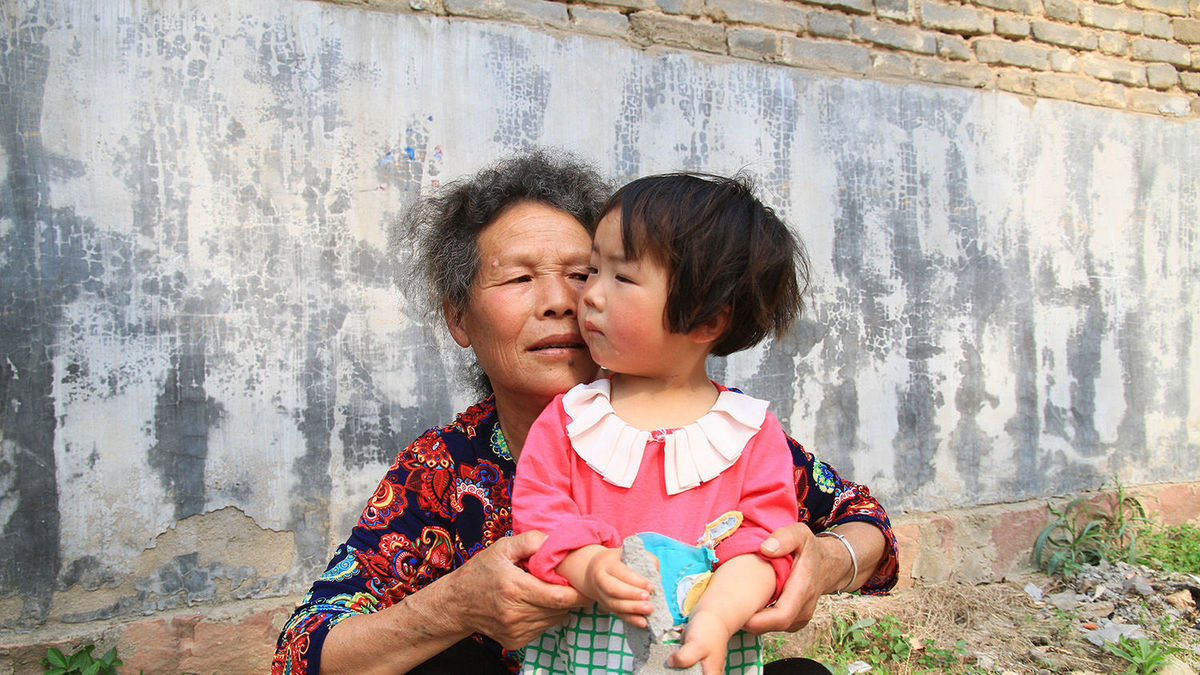 After traveling to Beijing for heart surgery and for the pink eye glasses that would serve as a temporary fix for her congenital cataracts, Yimei’s physical health and social skills improved dramatically.  Though she lost her appetite for a month, she bounced back quickly from heart surgery and started interacting more with adults and children. 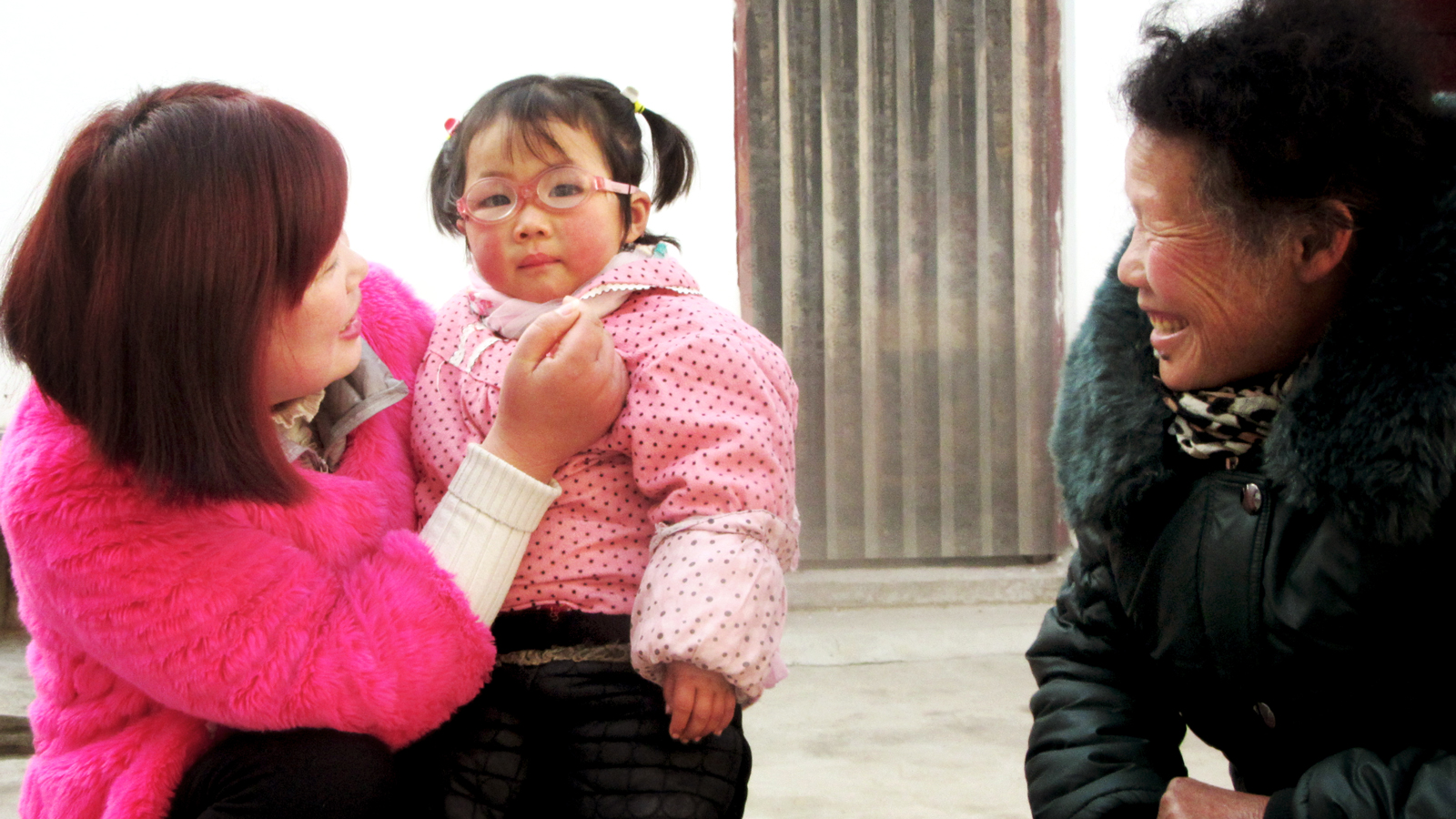 Says OneSky Family Mentor Ge, “Before, Yimei would not talk to me or look at me directly. She preferred to stay in her own isolated corner, not willing to explore the outside world. Now everything is different. Yimei makes eye contact with me!” 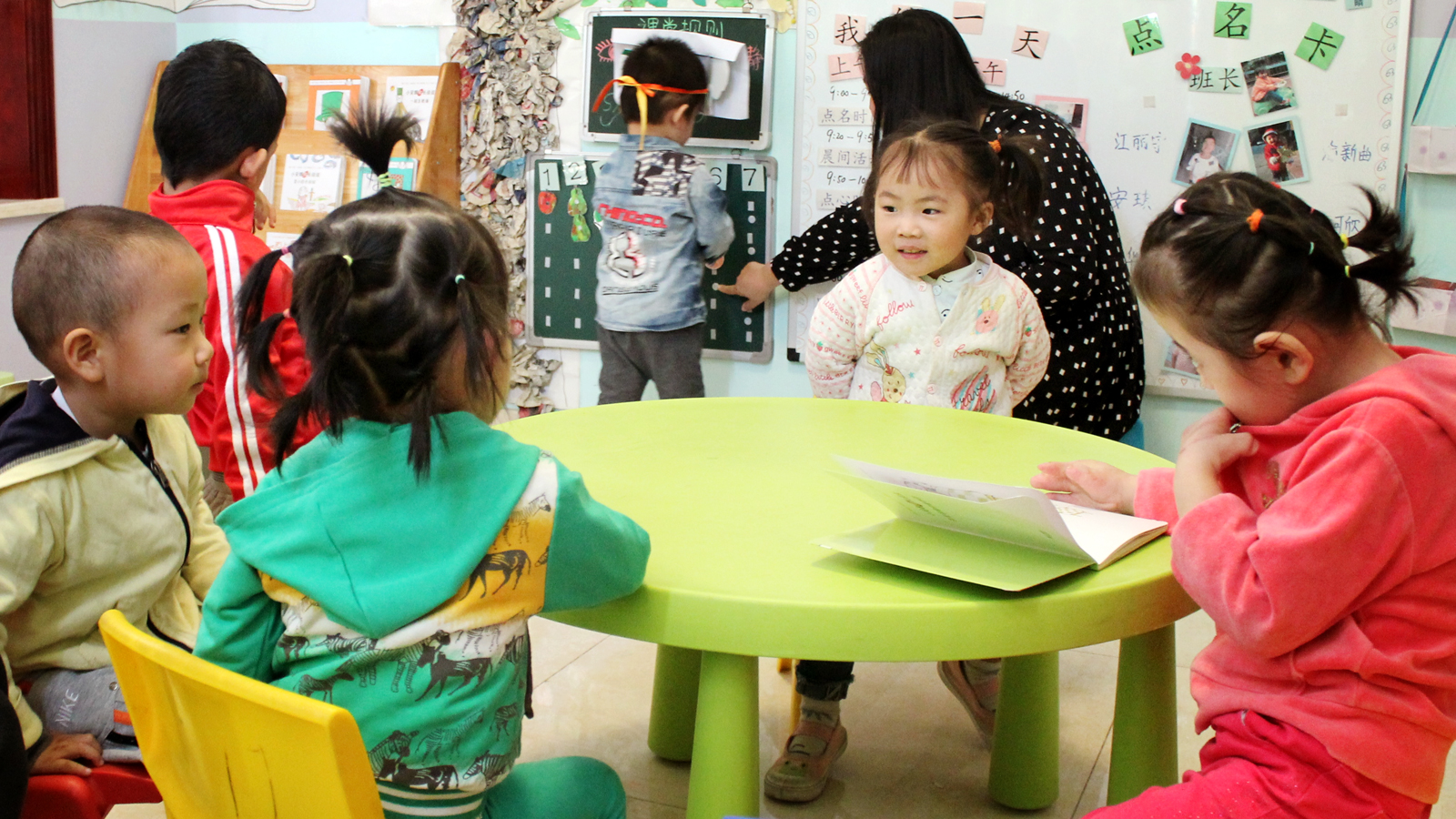 At the OneSky Family Center, Yimei engaged in all the activities and was particularly taken by her teacher’s instructions about how to give a massage carefully. Yuwei immediately tried out her newly learned skill on her Grandma, who was so impressed that she started showing up regularly for the Center’s parenting classes. And despite her own coronary health problems and the exhaustion brought on by taking care of three grandchildren, Yuwei’s Grandma enrolled in a Chinese folk dance class! “After seeing her granddaughter getting better every day, Yimei’s Grandma started to show full support for OneSky’s programs and philosophy,” says Ge. 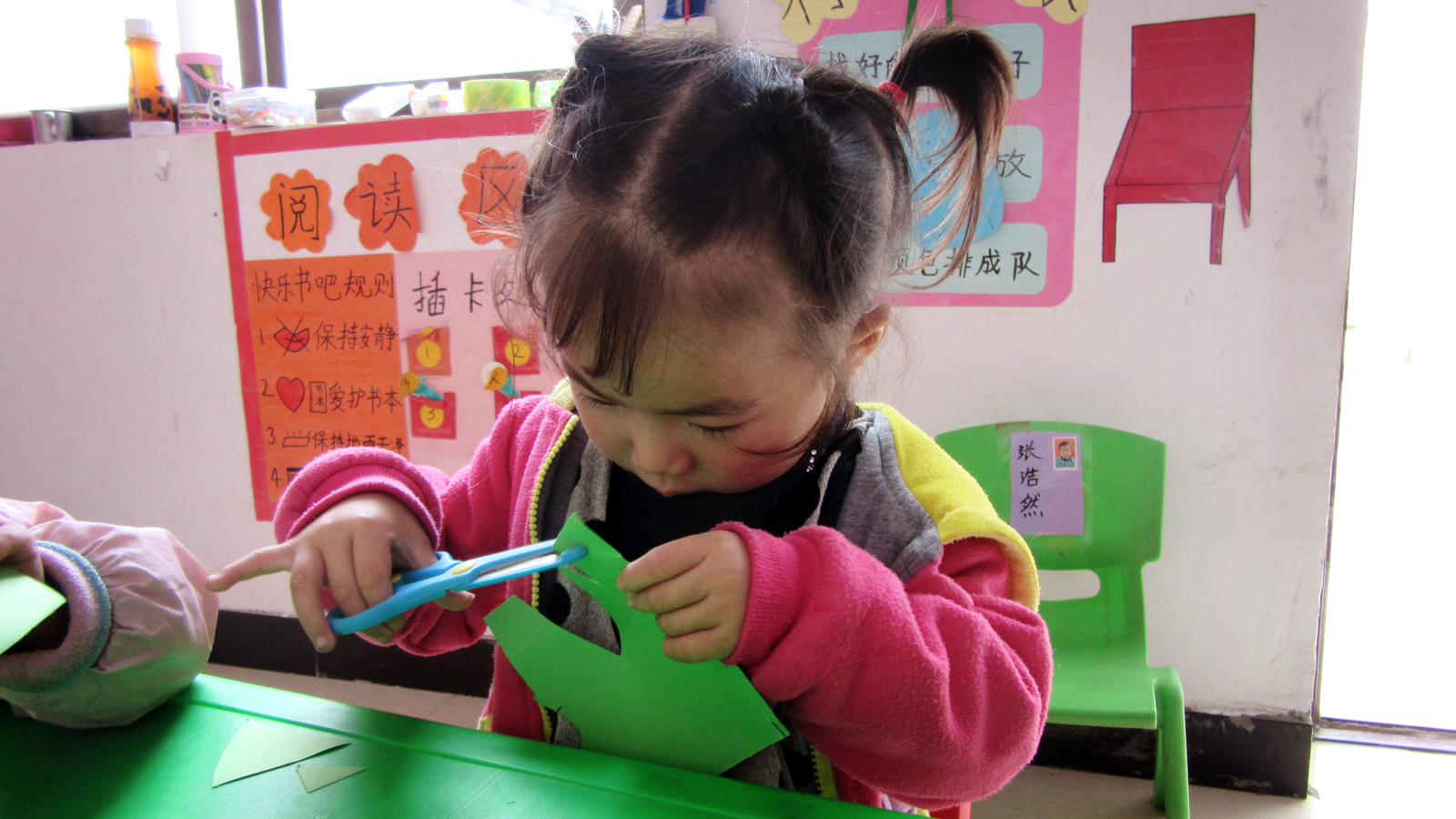 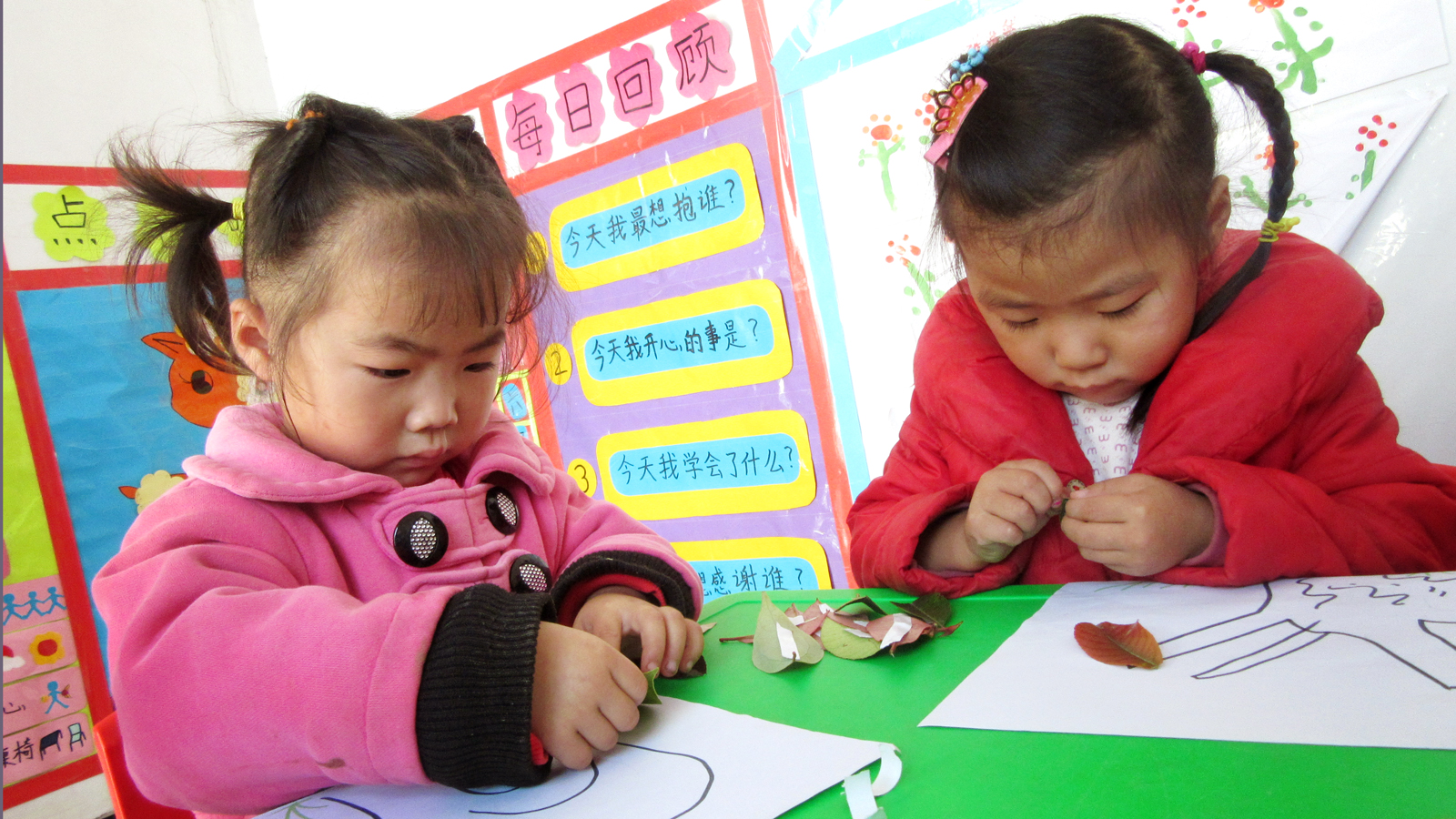 When it came time for Yimei to enroll in the preschool class at the Center, she cried because she missed having her Grandma around. But very quickly Yimei stopped crying after her attention turned to her teacher’s storytelling and her new friends,  especially a little boy she became inseparable from, who is also her neighbor. 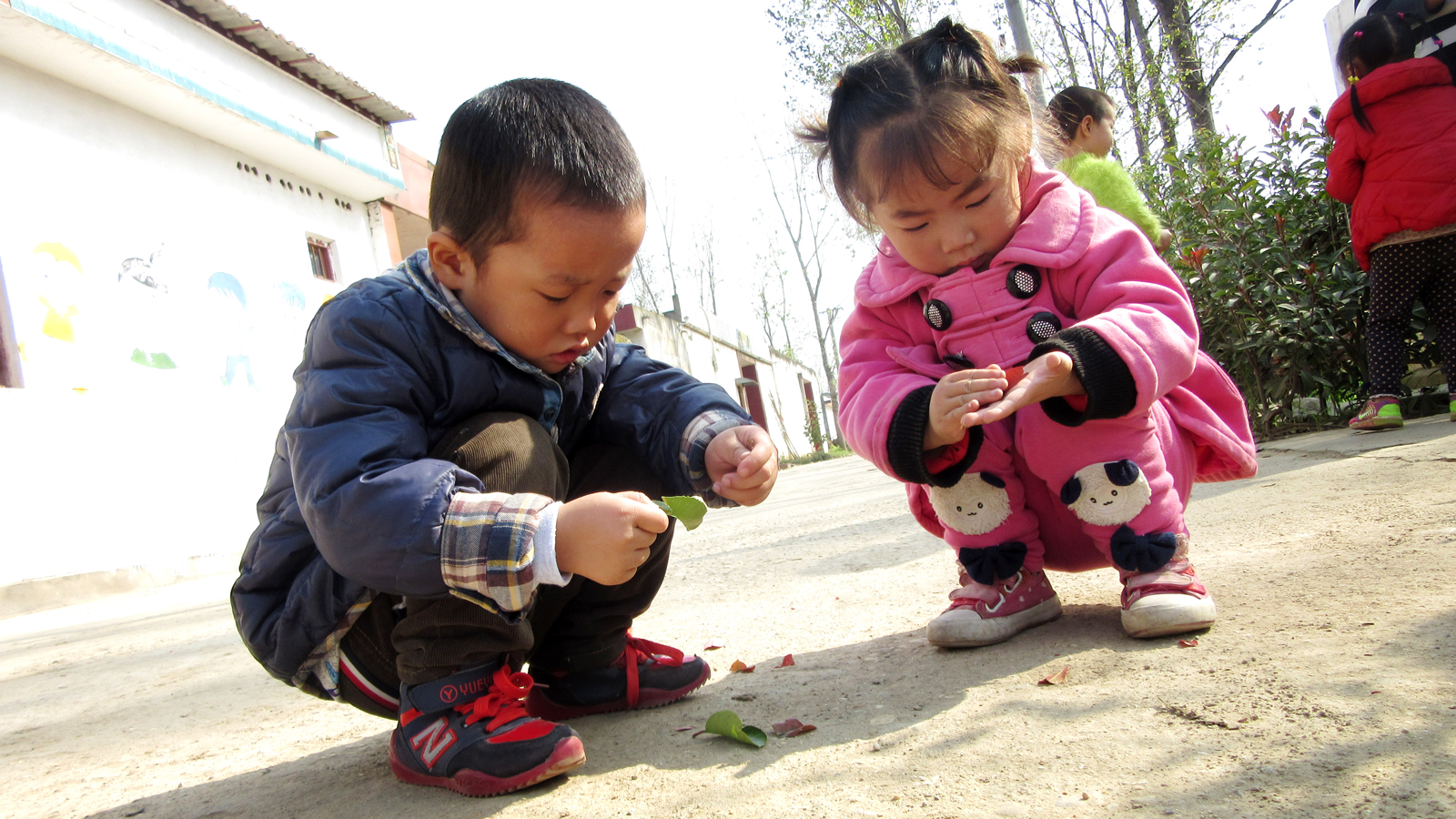 This fall, Yimei again traveled to Beijing with her dad for surgery to implant intraocular lenses. When she wasn’t at the hospital, Yimei attended preschool at the Chunhui China Care Home. At first, she didn’t talk much, but after she got comfortable with the teachers, she started chattering,  sometimes using the dialect of Henan and sometimes Mandarin, just as she does with her dad. 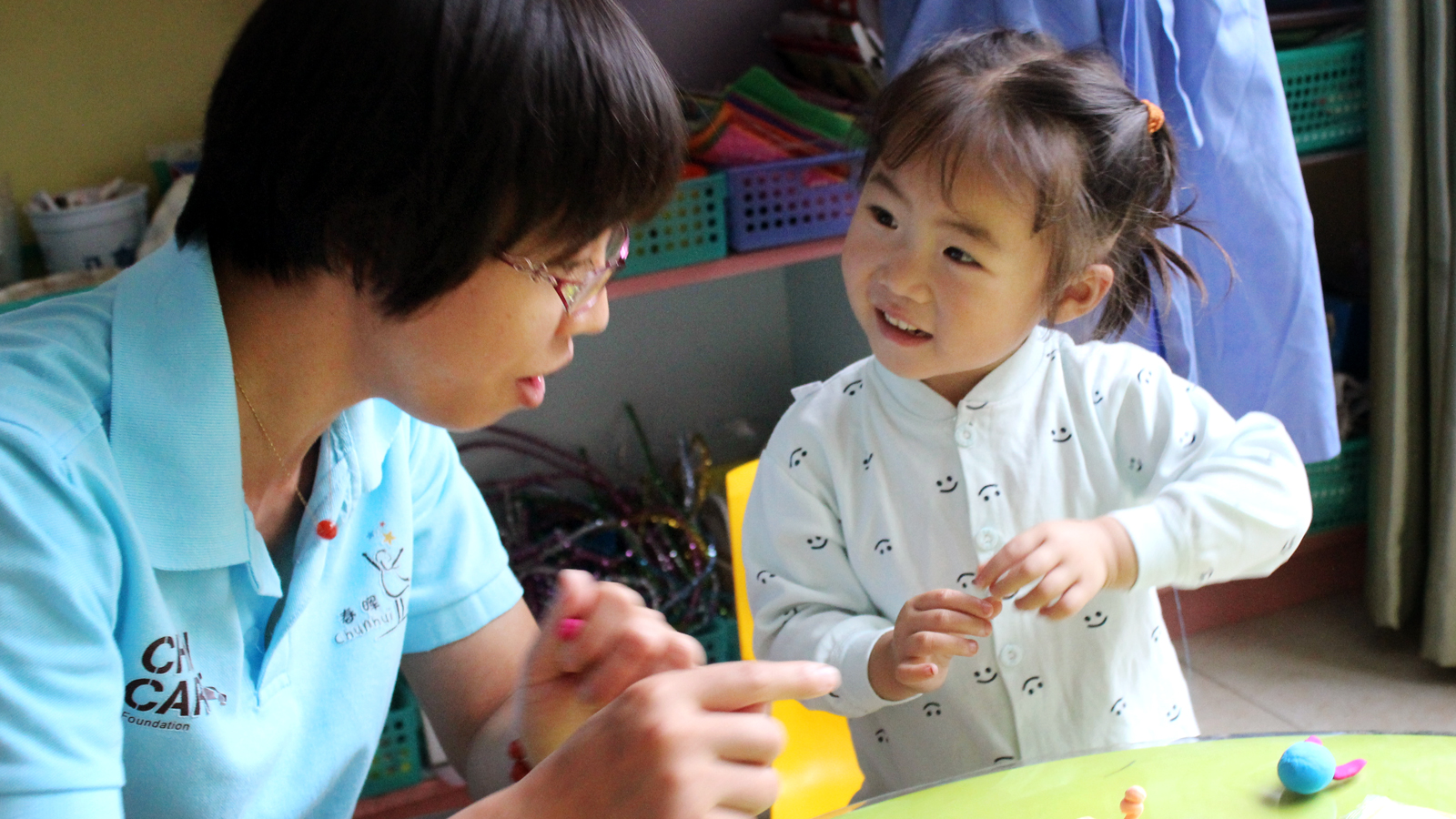 Most of the time, Yimei, who bonded closely with her dad during his recent month-long stay in the village (a rare occurrence for her dad who had to leave the village to find work in a faraway city), follows his advice, but not when it comes to food. No matter how hard her dad would try to persuade Yimei to eat rice and apples, she stuck to dumplings and meat. Finally, as any parent with a picky eater would understand, he gave up trying!

To Yimei’s delight, while recuperating from the surgeries (one for the left eye and one for the right eye) she didn’t have to wear glasses and could see much better than with her pink corrective glasses and while her eyes healed didn’t even have to wear glasses. Also to her delight, after her surgeries her mother called, her grandparents called, and her big sister called, calls she was happy to boast about! 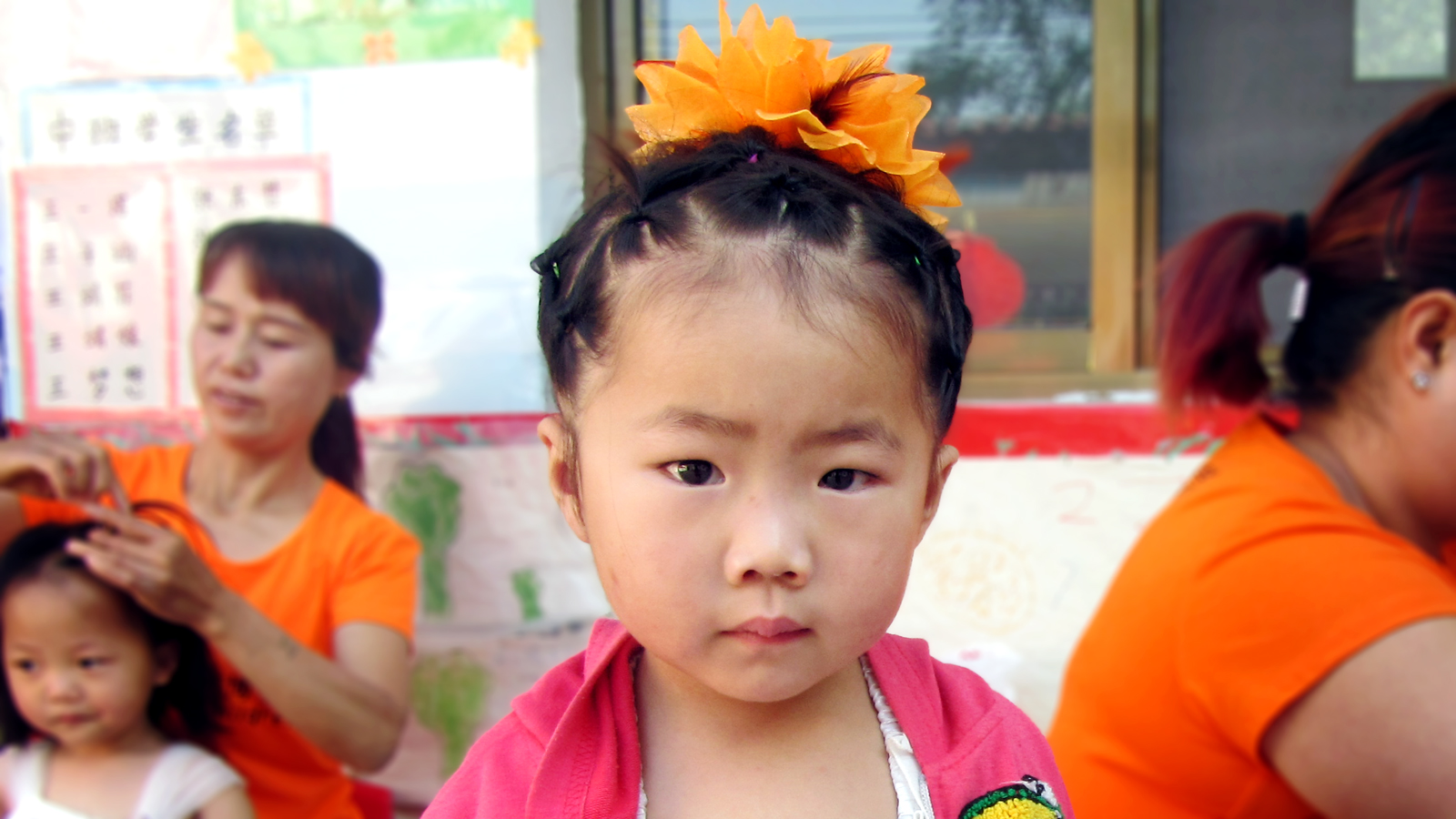 In school, Yimei became active in both classroom and outdoor activities. Amazingly, Yimei’s favorite toy became  threading laces through holes in a board. Though Yimei mastered the toy more slowly than the other children because it is still a challenge for her much improved though still far from excellent eyesight, she persists. Every time she finishes, she admires her beautiful work and shows it off to others, understandably delighted with herself! Because now that she can see, everything is different! 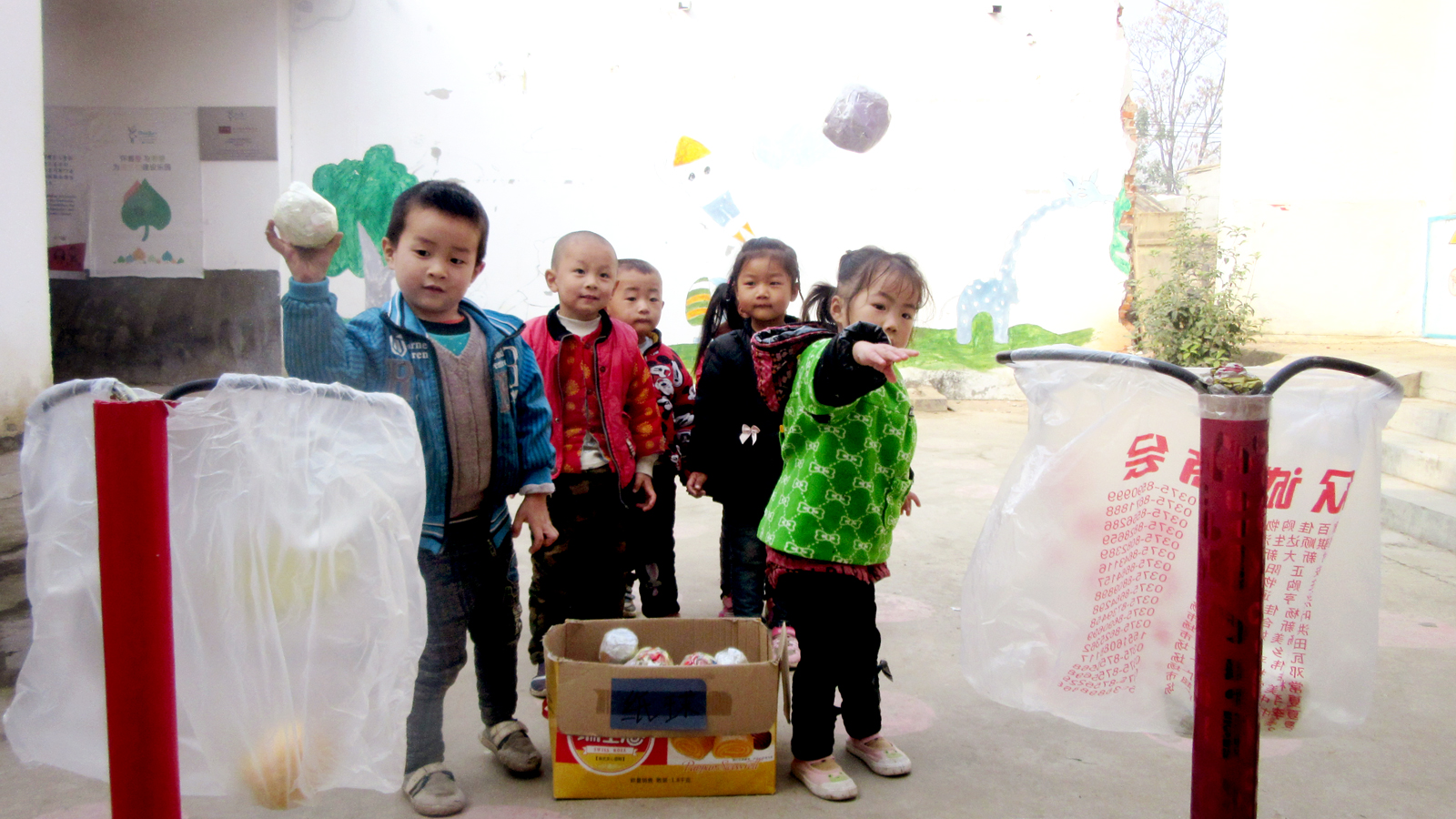 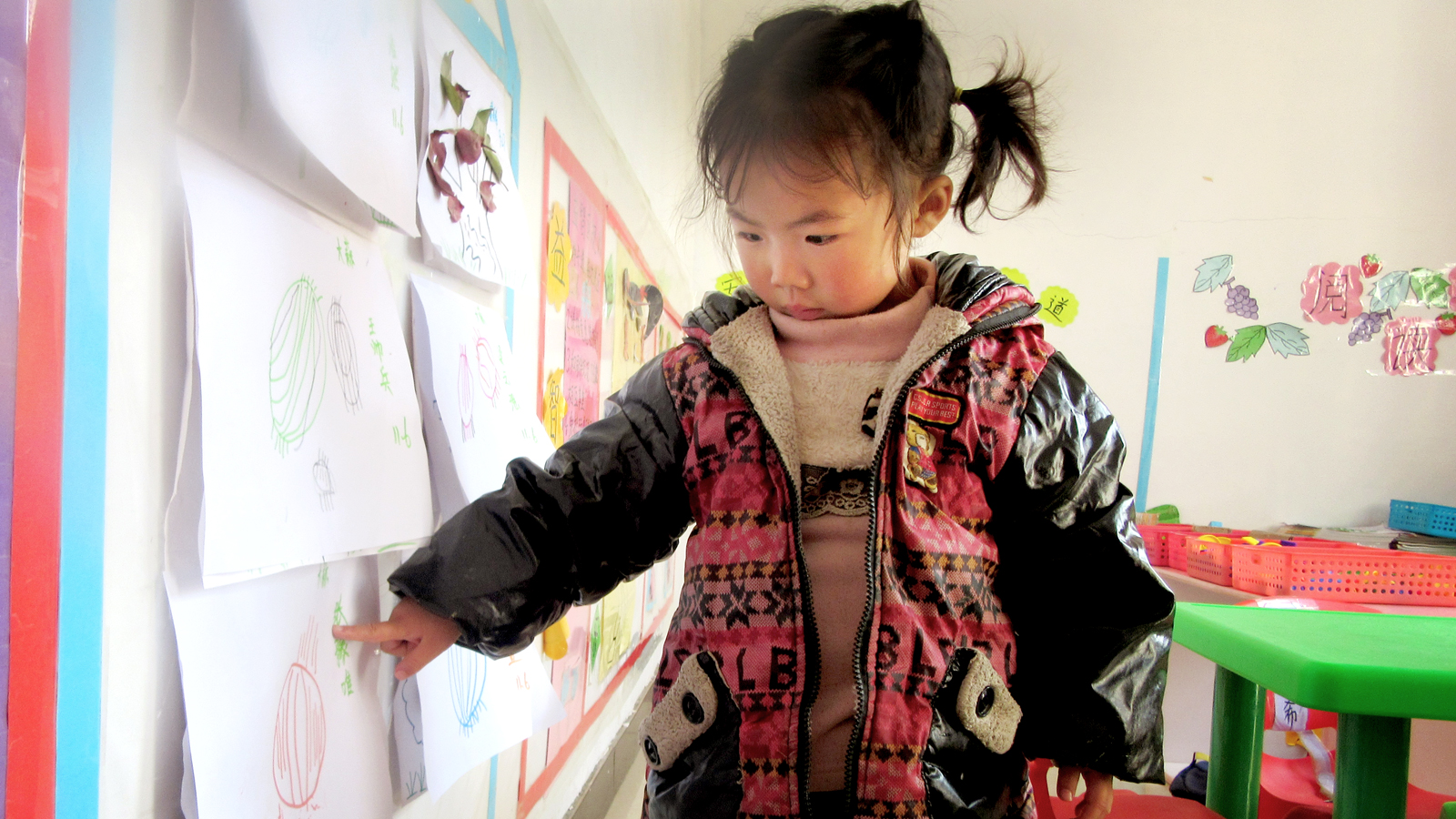 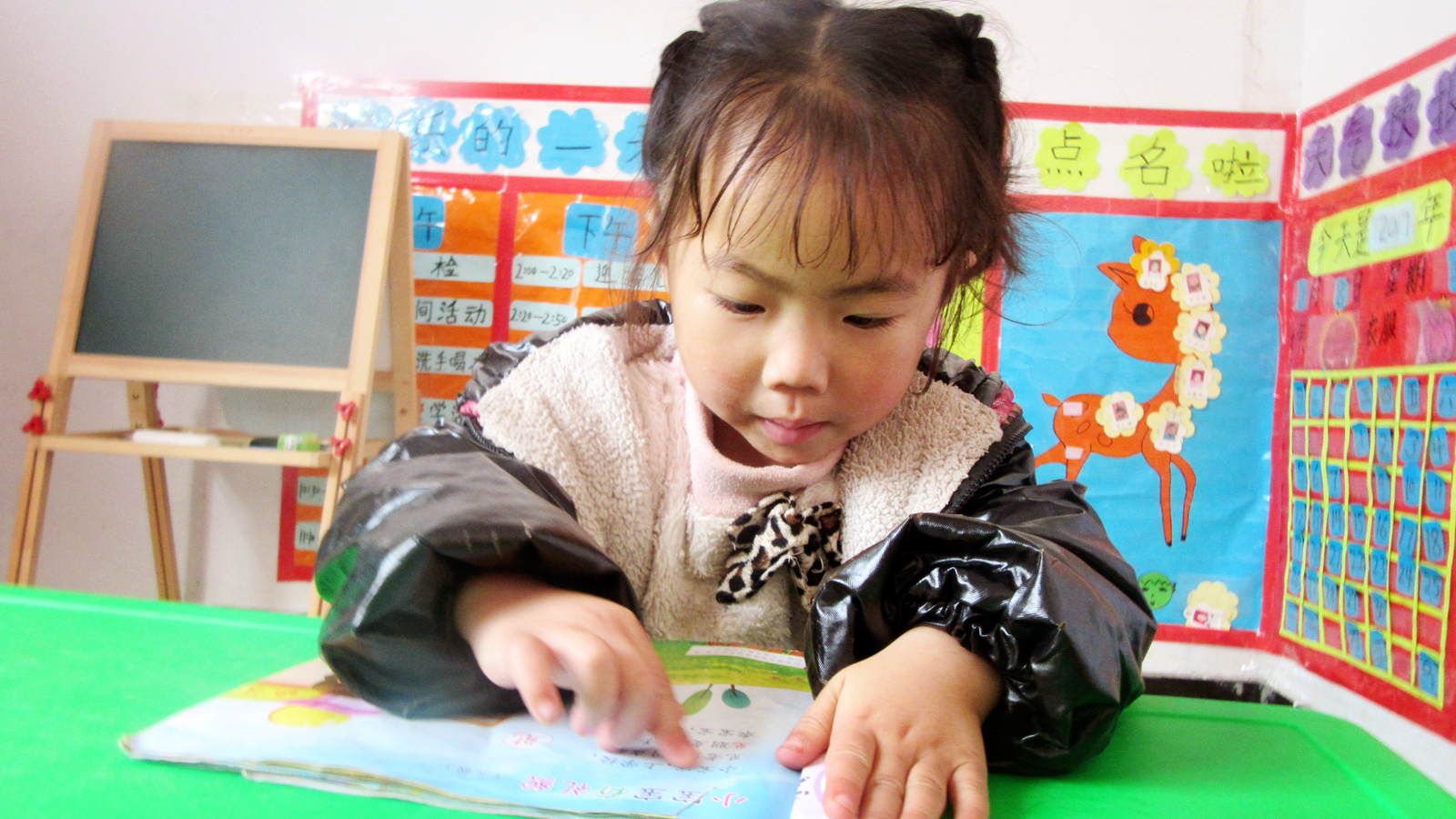 by Lynn Wang and Betty Jiang

Yes, I want to help give children like Yimei a second chance at childhood! 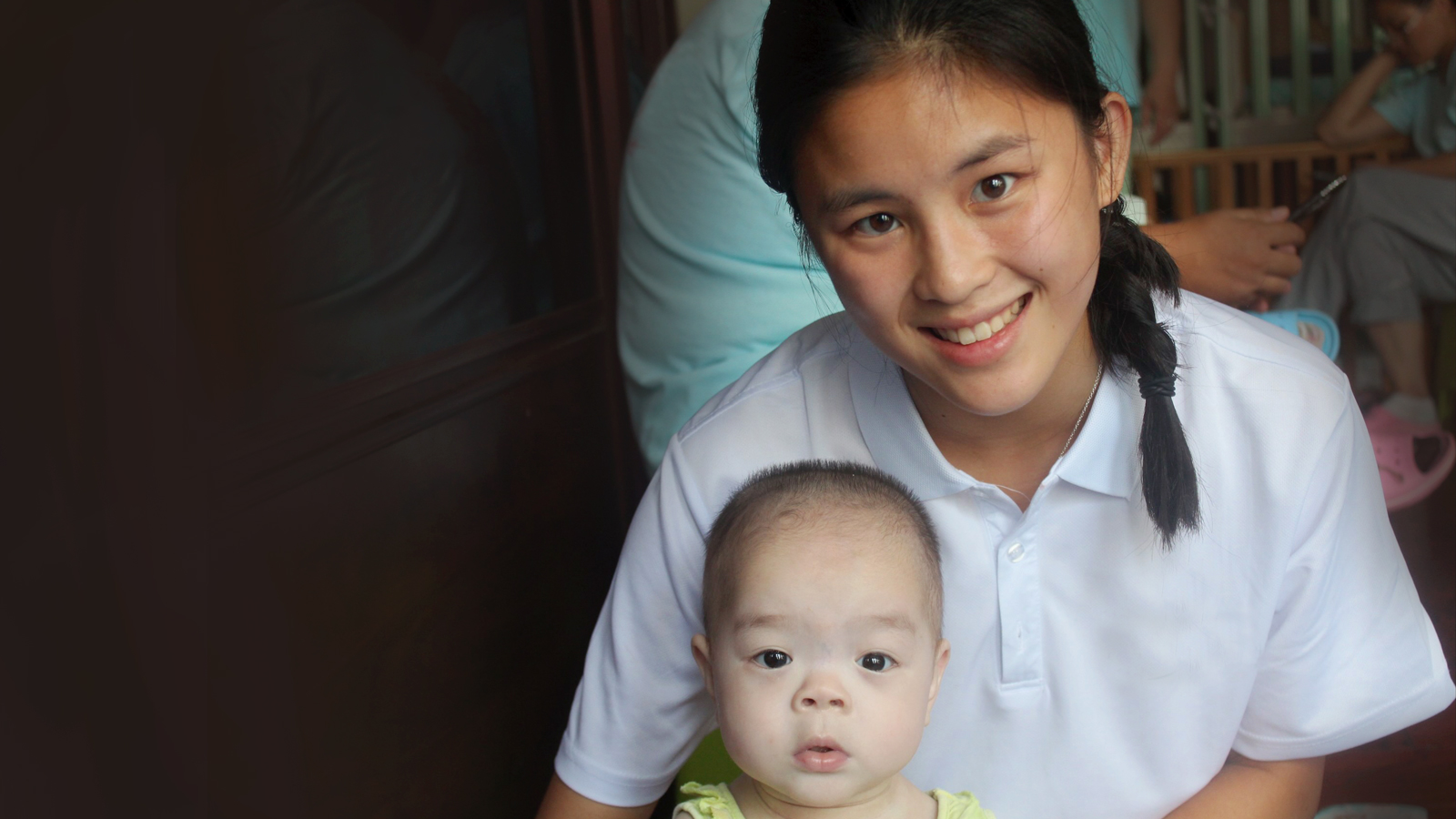 A Second Chance at Childhood, with Jenny Bowen, OneSky