I began working at the Chenzhou SWI in 1998, the year Half the Sky was founded.

At that time, most of the orphaned children were healthy girls who had been abandoned just because they were girls.

However, these healthy girls behaved so differently from girls growing up in families. They banged their heads and rocked back and forth; some were aggressive and some were too friendly. We didn’t realize that it was a lack of love and stimulation that caused these behaviors. Instead, we attributed the abnormal behaviors to the children themselves. So my colleagues and I cared for the children in the traditional way we had been taught.

In 2002, Half the Sky came to Chenzhou and opened my eyes. Half the Sky encouraged us to be more attentive and responsive to the children’s needs and to build an attachment with them. We followed that advice and the changes in the children in the following months were dramatic. I could tell the children now felt loved. They even started smiling. I had finally been given the tools to better understand these precious children. 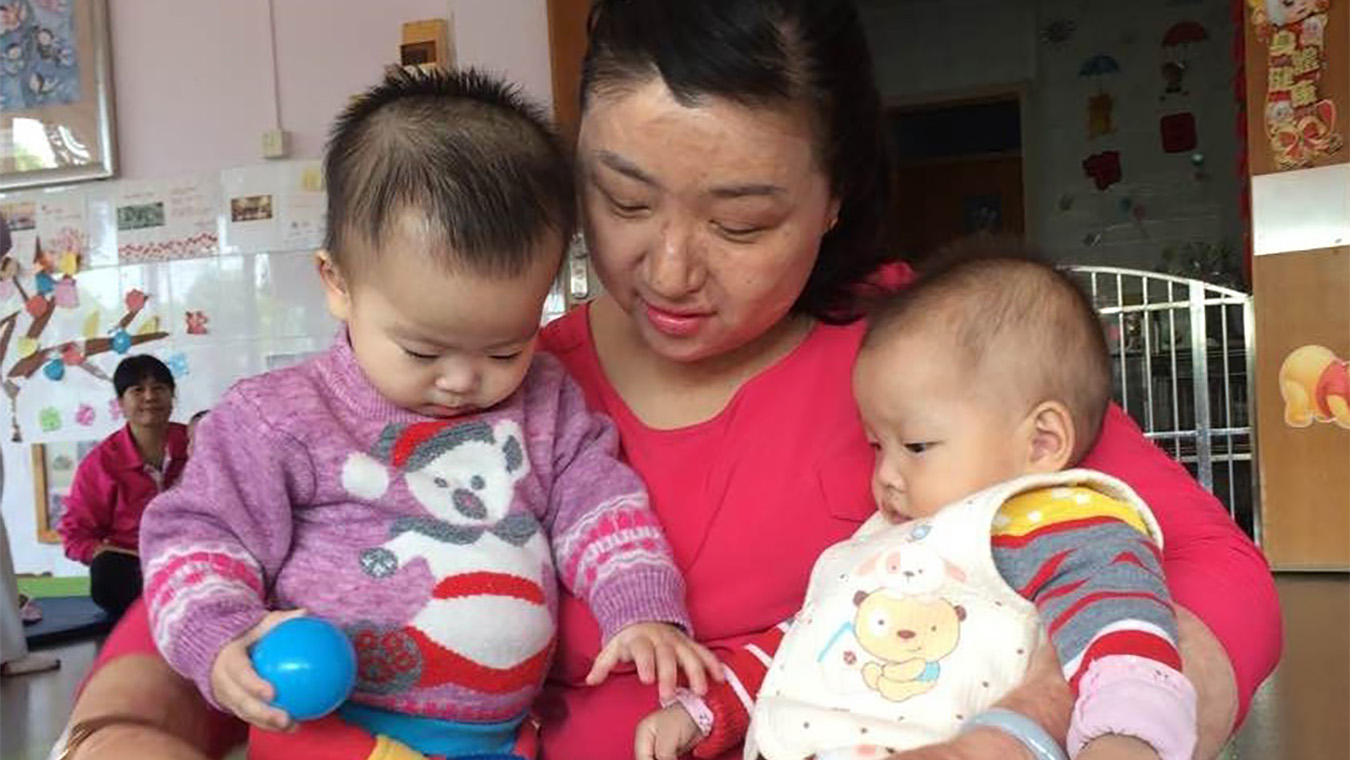 I soon became a Half the Sky caregiver, then a preschool teacher, then a field trainer. In 2011, I moved to Guangdong and one year later, I started my current job as the Child Development Expert for Guangdong Province, a job made possible by the Rainbow Program, a training initiative that is spreading Half the Sky’s methods to institutions all over the country. Now I am responsible for teaching these methods at institutions all over Guangdong.

When the Rainbow Program began in 2011, some institutions were skeptical that Half the Sky’s methods would be any different than the training they had received previously, but that changed quickly. At one institution, on my very first morning of training, the trainees started getting up during the lesson to go tell others how useful our approach was. Supervisors, department heads and even the director joined my training session and by noon were asking me to do hands-on demonstrations. 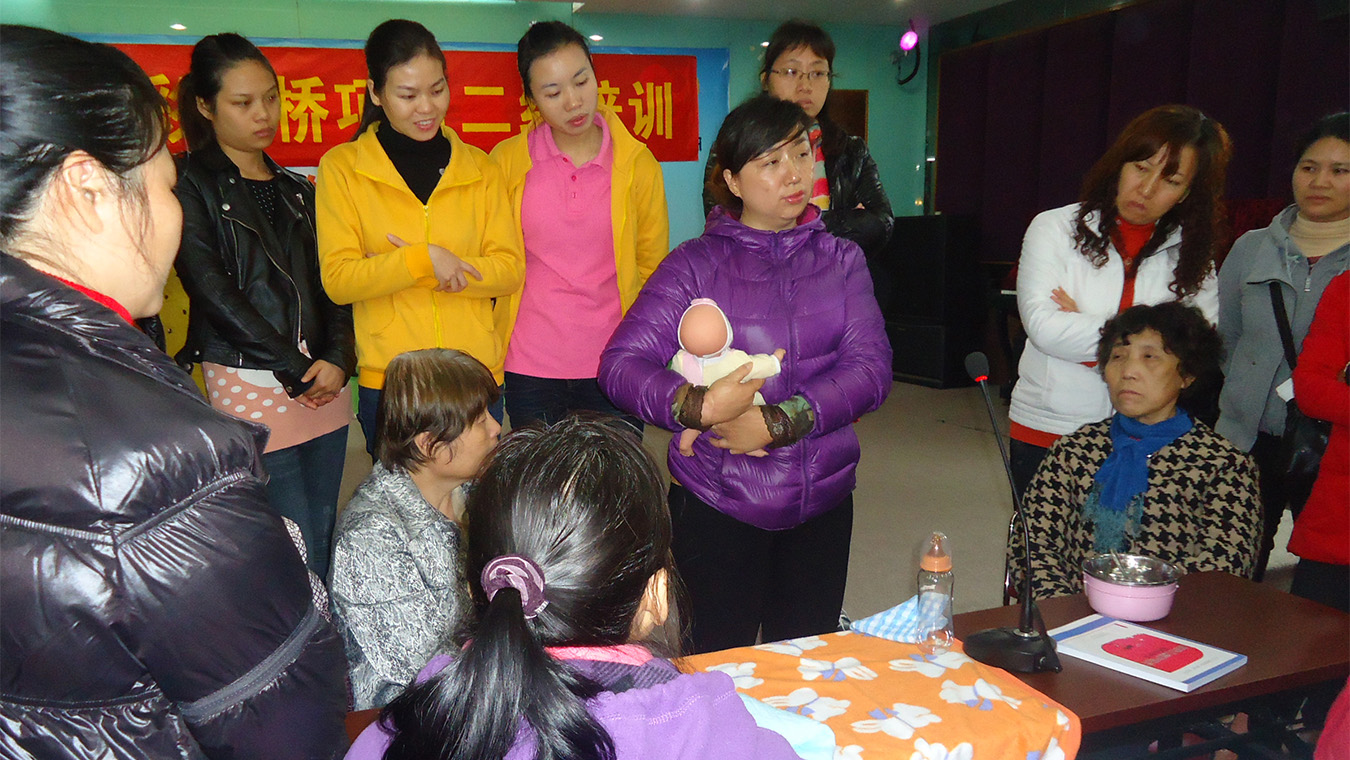 During the lunch break, I decided to walk around the institution. I saw that some of the children with cerebral palsy were being fed while lying on their backs, which is very risky because they can choke on their food. I approached the caregivers who told me it was impossible to feed these children in a sitting position. So I demonstrated how to get the children seated at a 90-degree angle. To help manage repetitive movements, I also suggested giving the children something to do with their hands, such as tearing paper and putting the pieces in a bottle. The caregivers asked me many questions. They wanted to learn more.

Over the next few days, I realized that the caregivers had changed how they worked. They were paying closer attention to the needs of the children, their language towards the children was more positive and their facial impressions were more loving and tender. They now saw the potential in each child. 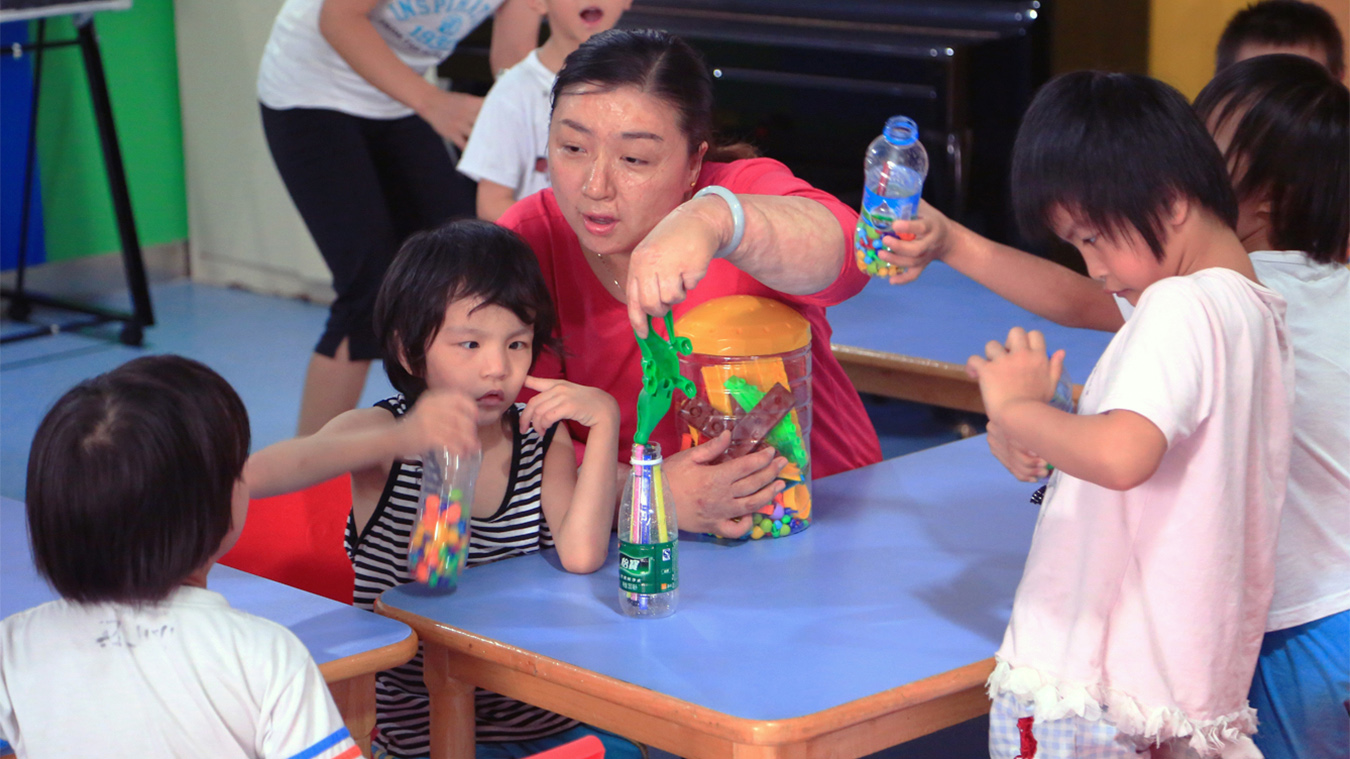 It is extremely gratifying to witness changes like these at the institutions where I am holding trainings. But I confess that sometimes I miss the long-term connections I built nurturing more than 100 children during my years as a caregiver.

Still I know I am continuing to touch the lives of children every day through their caregivers, including Mei, who told me that one of her charges, Jun, cried almost constantly. I suggested that Mei try to bond with Jun by paying close attention to him, talking to him more and holding him as much as possible.

Mei quickly noticed that Jun no longer cried as much while she was on duty, but when she wasn’t there, he cried just as much as before. I explained that this was a good sign because it showed that Jun was starting to build a secure attachment to her. I suggested that Mei continue to build this attachment and also start to help Jun, who was born without arms, learn to use his body so he could become more independent and that the first step was to teach him how to sit up from a lying position.

Over the course of the following week, Mei rushed to me with questions on all matters relating to Jun’s care. But as the months went on, she grew more confident and only contacted me 2-3 times per month. She was proud to tell me about the creative ways she was helping Jun compensate for his lack of arms.

Two years later, when I returned to Jun’s institution, I was greeted by a completely different child. Jun had become a confident little boy who could sit up by himself, stand, walk, run, go up and down the stairs and even feed himself using his feet. And I also learned the wonderful news that Jun would soon be adopted!

When I first arrived at Jun’s institution, nobody believed that changes like this were possible, but my work opened their eyes, just as Half the Sky had opened mine in 2002. 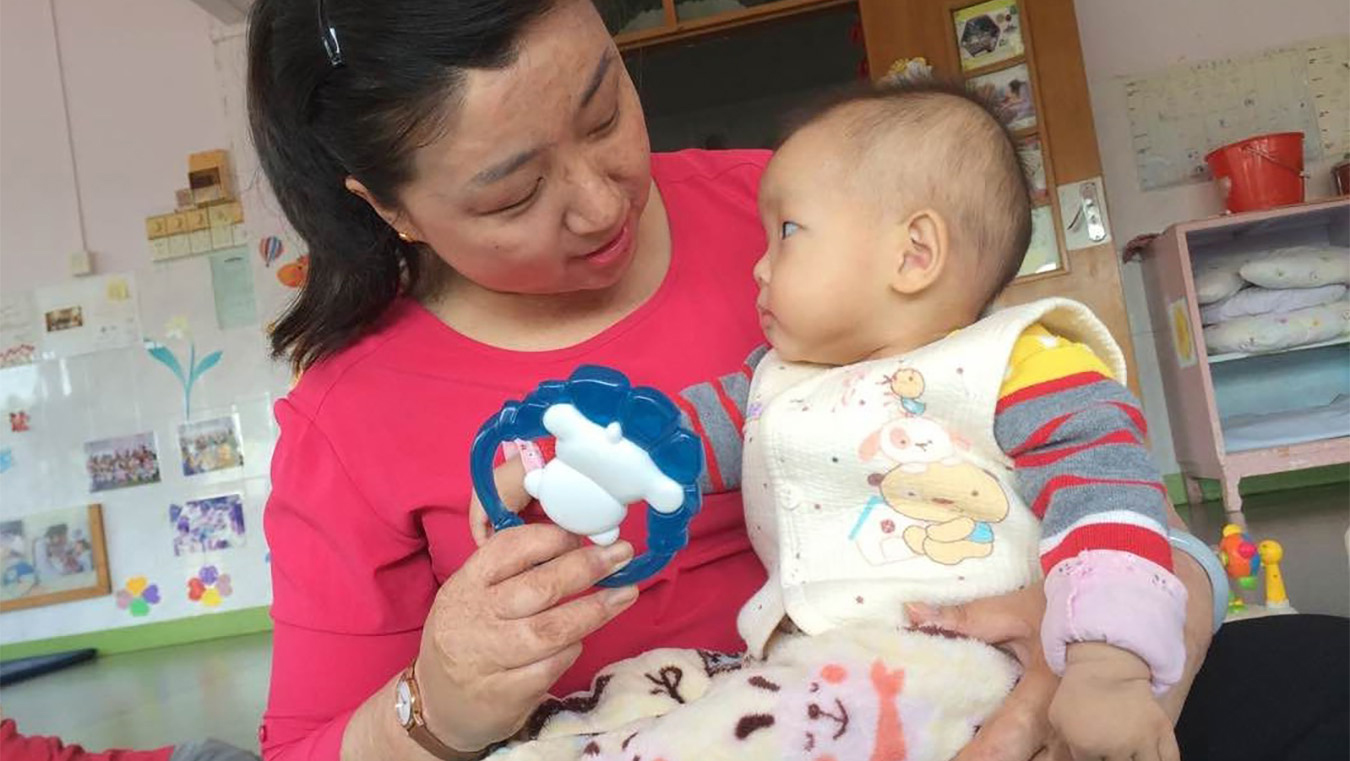 Today at that institution senior management staff believe in the children and the caregivers. They have built a playroom to help the children thrive, send their caregivers to regular training sessions to keep them current in the field of childcare, and everyone at the institution thinks creatively to help children with special needs reach their full potential.

I never dreamed I could influence so many lives. I take immense pride in my job as a CDE serving Guangdong’s lovely children.

Nga’s Long Career of Caring for Young Children in Vietnam 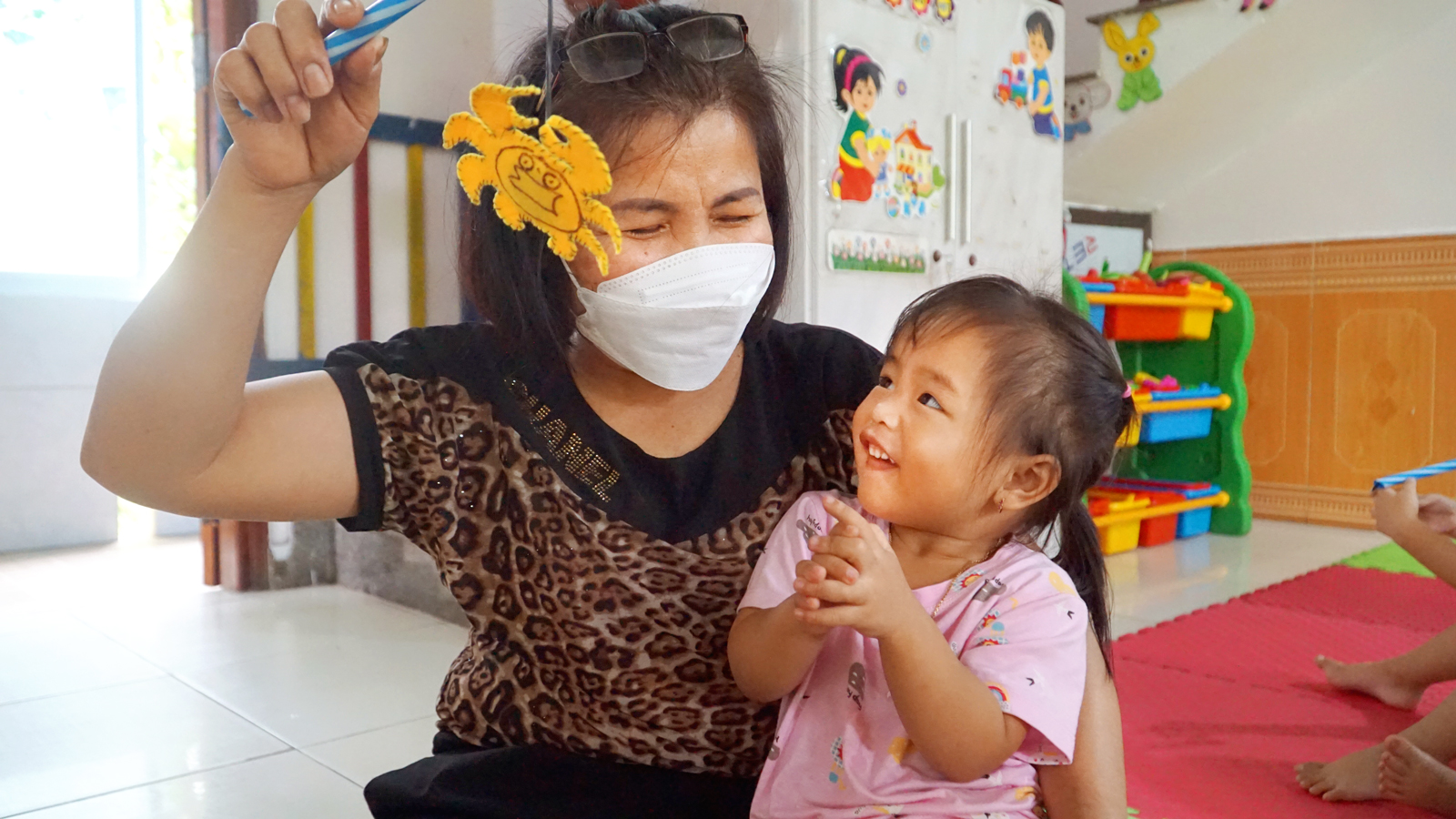 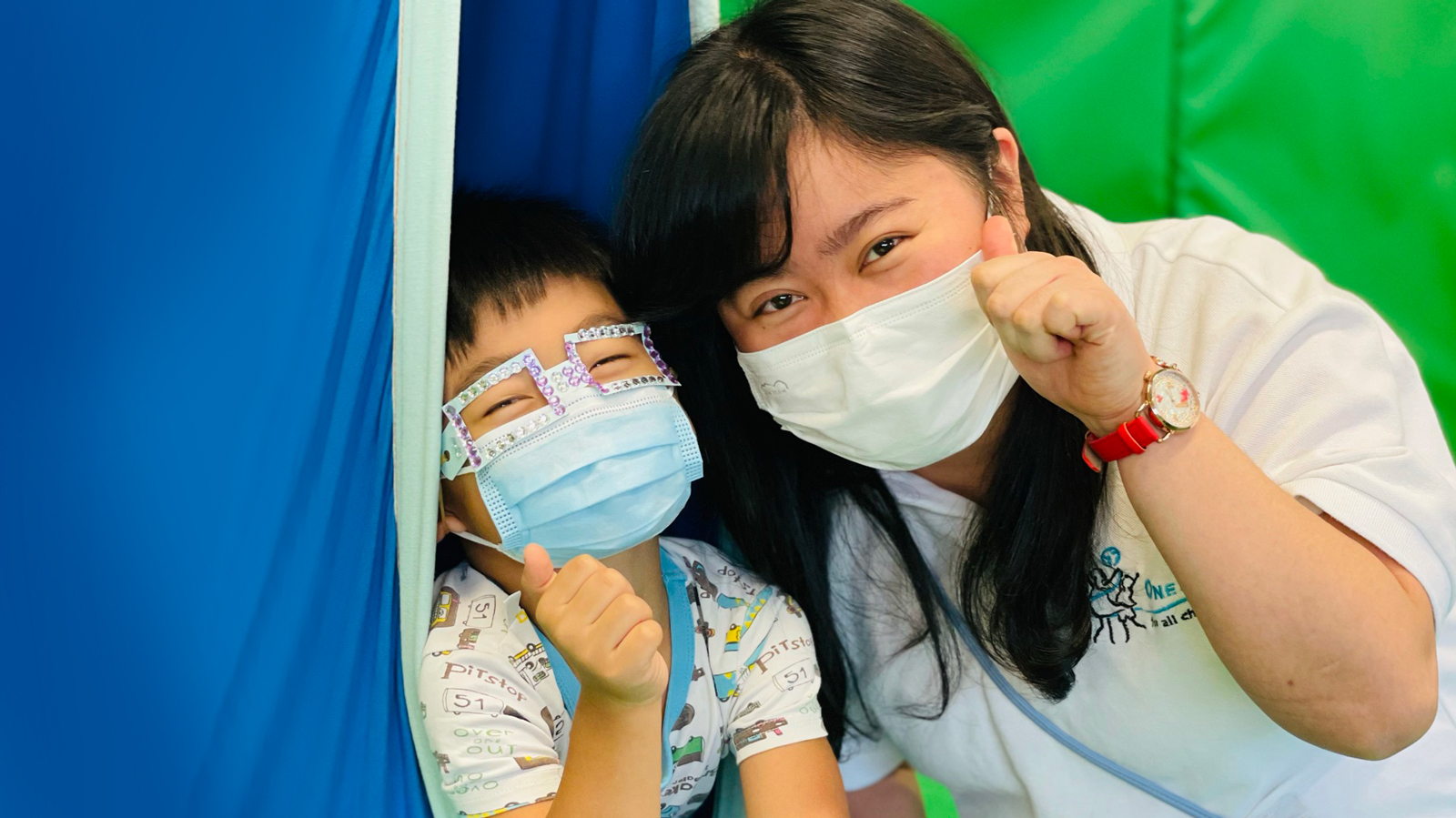